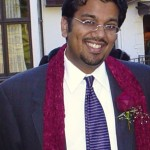 Dr Aggarwal is one of the most effective medical cannabis proponents few people outside the Seattle area have ever heard of.

It has been easy to find documentation of his myriad achievements in education, research, medicine, medical cannabis advocacy and more, but it has been nearly impossible to ferret out any personal information on Dr Aggarwal.

As a University of Washington medical student, Aggarwal told the crowd at the 2008 Seattle Hempfest, “We have to change the way people think about people and cannabis. This is a staple of the earth and a basic medicine for a lot of people.”

Long before his time at the University of Washington, in the early 1990s Sunil Aggarwal attended high school in Muskogee, Oklahoma until his Junior year when he went on to the Oklahoma School of Science and Mathematics in Oklahoma City.

After finishing high school, Aggarwal left the Midwest in 1997 and traveled to the west coast, where he resumed his education at UC Berkeley–which included a semester of study abroad in Edinburgh. After 4.5 years at Berkeley, Sunil moved to Seattle and continued his studies at the University of Washington in the Geography Department.

There, he completed his first two years of med school, completed his doctorate in geography, writing his dissertation on the “medical geography of cannabinoid botanicals in Washington State.” Two more years of med school followed, in which Aggarwal focused on the Medical Scientist Training Program and the Global Health Pathway, graduating in June, 2010, some two years after his Hempfest proclamation. Dr Aggarwal also holds degrees in chemistry, philosophy and religious studies.

In conjunction with his dissertation, Dr Aggarwal conducted research with 176 chronically and critically ill patients in two groups, one from a rural pain clinic and the other from an urban cannabinoid botanical delivery clinic.