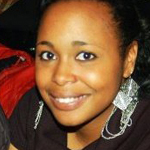 Before joining ASA, Talana worked for the Association for Career and Technical Education (ACTE), where is lead the National office’s digital practices. Talana worked to develop and execute social media strategies and multimedia projects where is she specialized in customizing content for the Web, and viral interactive media. She has served as a media trainer and public speaker for various social change organizations.

Prior to ACTE, Talana worked on media and communications campaigns for the Terry McAuliffe gubernatorial campaign, Department of Commerce, Marguerite Casey Foundation’s Equal Voices for America Campaign and American University. In addition, she is an award winning producer, having produced for CNN, CBS News, XM Sirius Satellite Radio, Black Entertainment Television and WTTG Fox 5 to name a few.