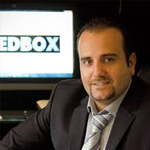 Vincent Mehdizadeh is the Founder & CEO of Medbox, Inc. and Medicine Dispensing Systems. He has received criticism for shortcomings in the past, but his companies have taken a stronghold in the cannabis community, particularly as far as publicly traded companies are concerned.

Medbox, Inc.
Founder
Medbox, Inc. is a publicly traded company that manufactures Medicine Dispensing Systems AKA Prescription Vending Machines. These machines are designed to automate the experience of purchasing cannabis from a dispensary and/or retail location. They were granted patents for their technology in both the United States and Canada. Headquartered in West Hills, CA, Medbox has grossed $8 million dollars since it began doing business in 2010, and has opened office locations in Los Angeles, New York, Connecticut, Arizona, Toronto, London, & Tokyo.