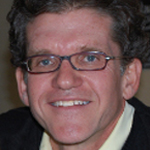 William Dolphin is the Managing Editor for Americans for Safe Access (ASA). William Dolphin is responsible for ASA’s newsletters and other print publications, such as the booklets on treating specific conditions, state legal manuals, and activist training materials.

He has been part of ASA’s communications team since 2003, when he joined the organization after contributing to a media relations campaign for author Ed Rosenthal’s landmark federal trial that generated coverage by the New York Times and major networks. His work as a writer and editor has ranged from think tanks and city governments to universities and publishers, and he has taught college writing at San Francisco State University, Rhodes College, and UC Berkeley.