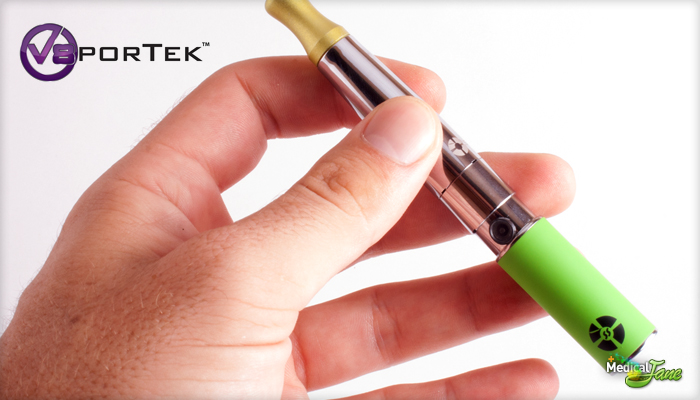 The Split Shot vaporizer by V8portek is a portable pen-style vape that retails for the incredibly low price of $39.95.

The Split Shot vaporizer is the flag ship pen vaporizer from V8portek. It comes in a custom Split Shot case – which is great for transportation & storage – with an atomizer (eGo battery style threading), 5 tap on/off feature battery, a USB charger, a steel application tool, and an atomizer mouthpiece.

If you are going to purchase the Split Shot vape, it is essential that you purchase the Globe Atomizer Kit ($19.95). The atomizer in the globe kit has been the reason for my renewed faith in portable pen-style vaporizers.

Now lets not jump to conclusions, I’m not saying the V8porTek Split Shot is a perfect pen vaporizer; it too has its faults. However, recently I have found myself grabbing the V8portek Split Shot Pen Vaporizer as I bolt out the door instead of the Cloud Vapes Cloud Pen or Micro Vaped by Vaped.

My Complaints About The Split Shot Vaporizer

There is no such thing as a perfect vaporizer pen…yet. I think that’s something many vapor enthusiasts would agree with. The Split Shot Pen Vaporizer is no exception.

Upon opening the kit I immediately began to pick it apart for its faults. My initial thoughts were, “Is this the same thing as the Micro Vaped?” because of the familiar design, and, “Why is the mouthpiece that weird green color instead of the awesome neon green like the battery?”

I unscrewed the anodized aluminum sleeve connecting the mouthpiece (also annodized aluminum) to the cartridge to expose an extremely small heating element and ceramic bowl. This cartridge is definitely not made for large amounts of concentrate. For that reason, I personally do not use the Split Shot Atomizer that originally comes with the pen.

If it weren’t for the Globe Atomizer Kit – sold separately for $19.95 with 3 atomizers, a globe and a plastic mouthpiece – I wouldn’t like this pen nearly as much. The atomizers from the globe kit are larger than the default atomizer and can fit the amount of oil I like to load in the pens when I leave the house. Without the larger atomizers, I find myself constantly having to refill the pen.

Probably the best thing about the Split Shot vape is the fact that the atomizers can be soaked in alcohol to clean them. I soaked a heavily used cartridge in 91% isopropyl alcohol and the cartridge looked brand new after just 20 minutes. I dried it off with a paper towel, ran it through a few heating cycles to vape off any excess water, and it was ready to load again.

This is a huge plus for me. As I mentioned previously, I prefer to have a fresh atomizer whenever I load the pen with a new flavor. Not having to constantly purchase new atomizers for my pen saves me money and time. The pen pays for itself in less than a month, especially because you do not lose your concentrate in the depths of the atomizer.

Additionally, V8portek used Kanthal wire for their coil/heating element to provide a cleaner tasting vapor than Nichrome wire (a lot of other vape pens use nichrome). The Kanthal is stronger than Nichrome and will not oxidize.

Lastly, the V8portek Split Shot Vaporizer Kit retails for just $39.95, one of the best price points on the market. Even after purchasing the Globe Kit the pen would still only run you about $60. However, for people who do not already have a Micro Vaped glass globe lying around, the investment to piece together my “perfect vaporizer pen” would be a bit pricier (Split Shot battery & globe kit atomizer with a Micro Vaped glass globe & metal mouthpiece) .

After reflecting upon what I really like about the Split Shot vaporizer, I realized that the best thing about this vape are the atomizers, hands down.

When I first opened the Split Shot vape I thought there was no way I could rate this pen higher than the Micro Vaped because I thought it was exactly the same. However, if fairy tales & Disney movies have taught us anything, it’s to not judge a book by its cover.

That being said, if we are comparing the two based solely on the performance of default kit (the pen as is), the two are about equal in my eyes. It’s harder for me to use my bubble hash with the Split Shot because the bowl is small and I constantly have to reload it, but the Micro Vaped Vaporizer is great for stuffing with hash. On the other hand, while I don’t like putting my oily concentrates in the Micro Vaped, I would feel comfortable putting dabs of oil in the small bowl of the V8portek Split Shot Vaporizer because I know it won’t get lost in the depths of the atomizer.

What really tips the scale for me is the price point. The Split Shot pen vaporizer beats just about every other pen on the market when it comes to cost, even when you add the Globe kit with the awesome atomizers. If V8portek fixed the little things like pyrex domes and plastic mouthpieces, they could do some serious damage in this industry.