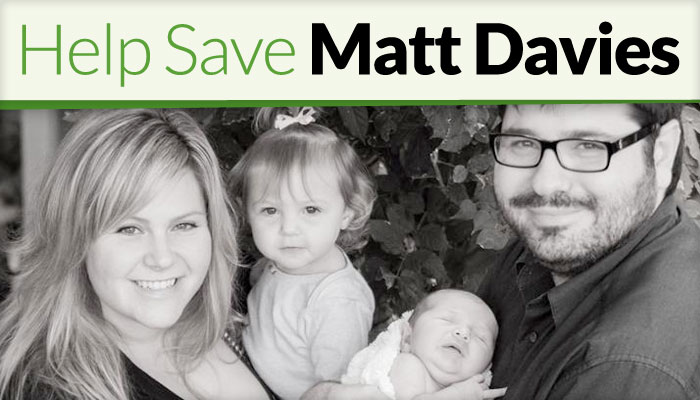 Dear New York Times: The Federal Drug War Is On Individuals, NOT States

Medical marijuana is legal in CA. Tell D.C. to leave law-abiding people like Matt alone. Sign the petition to save Matt now!

I woke up feeling invigorated this morning. I took a long, steady hit from my microG, and exhaled as I drew the blinds to reveal a picturesque view of the San Diego skyline. I was sure I was in for a good day, or so I thought. I promptly made my way to the back deck to stretch out in the warm January sun, and take part in my morning routine of reading the daily headlines, and enjoying a precisely rolled joint of UK Cheese.

Sadly, one of the first stories I came across was an article put out by the New York Times titled, ‘In California, It’s U.S. vs. State Over Marijuana’. The article addressed a story of a Stockton, California businessman by the name of Matthew R. Davies who currently faces charges of cultivating marijuana. Simply reading the title had my blood boiling, considering the war on drugs has become more of a federal war on individuals, NOT on states.

Matthew Davies is 34 and married with two daughters, and currently faces 10 years or more in federal prison for providing qualified California patients with medical cannabis. Although he was meticulously abiding by state law, federal agents effectively raided two of Davies dispensaries, seizing a total of 200 pounds of useable marijuana, and 1,962 plants from his 30,000-square-foot warehouse.

Davies was a firm believer in the way he was running his business, and thought he could be a model company for medical marijuana. He applied a simple business model to the industry by hiring lawyers, managers, accountants, and a full staff of seventy-five. Records were kept, taxes were paid, and profits were accurately tracked. The dispensaries run by Davies were dedicated to their patients’ well being, ensuring patients were treated with compassion, and prices remained extremely affordable.

Although the Justice Department wants Davies to accept a plea bargain of 5 mandatory years in prison, he is fighting the case. The Obama-appointed US district attorney for the Eastern District of California, Benjamin B. Wagner, is presiding over the case. In a recent article to Davies lawyer, Wagner stated, “Mr. Davies is being prosecuted for serious felony offenses.” Since he charged Davies with the mandatory 5 years, this leaves no discretion to the judge ruling on the case to reduce the sentence, despite whether he/she deems the sentence as cruel and unusual. Government prosecutors are now threatening Davies with a new indictment of 10 years minimum sentence if he does not volunteer to spend at least seven years of his life behind bars. Davies has hired Chris Lehane, former Clinton White House senior aide, to run hispublic relations campaign.

The unfortunate reality of the situation is that this type of affair is becoming more common as honest businessmen enter the market expecting to be protected by state laws. “If I had believed for a minute this would happen, I would have never gotten into this,” stated Davies when questioned on the subject. “To be looking at 15 years of our life, you couldn’t pay me enough to give that up,” Davies said in a lamenting manner. We saw the perfect example of the federal government flexing its muscles earlier this month in the case of Aaron Sandusky (sign his presidential pardon petition HERE, deadline is in two days!), who was sentenced to ten years in federal prison.

What is the cost of sending this empty message about federal drug laws?

It was reported by The Atlanticthat a single prosecution could easily cost the state as much as $1 million dollars. The incarceration costs alone for a case like Davies is $235,000, not including all the lost tax revenue from his operations. Meanwhile, Stockton and many other cities in the state suffer from critical shortages of police officers, and high rates of unemployment. Despite all of the preceding facts, the federal government is choosing to waste our limited federal resources carrying out a five-year sentence which will cost taxpayers over $20,000 a year to incarcerate Davies.

“Why are they coming after me… If they have such a problem with California, why can’t they sue California?”– Matthew Davies

This has a lot of people asking, “Since when is this a federal war on individuals?”

“Why are they coming after me…If they have such a problem with California, why can’t they sue California?” asked Davies, and he has a point…

As the title of the New York Times article misconstrues, the war on drugs is no longer a case of Federal vs. State. It has become a federal war on individuals, and we are losing battles left and right. This is harshly evident in the state of California. Attorney General Kamala Harris has sat from her high horse and watched the federal government tear businesses and lives of innocent, (state) law-abiding citizens apart without raising a finger. She has failed to protect her citizens from federal police, and have allowed thousands to lose their jobs and be arrested.

Not to mention that the DOJ declared in October that federal prosecution was unwarranted for businesses like Davies, and focus should be on cases involving, “unlawful possession or unlawful use of firearms; violence; sales to minors…excessive amounts of cash inconsistent with purported compliance with state or local law; illegal possession or sale of other controlled substances; or ties to other criminal enterprises.”Davies business did not violate any of these factors. Attorney General Kamala Harris needs to be held responsible for her actions, or lack thereof.

A wife’s plea to the President of the United States

Davies’ wife, Molly, wrote a plea letter to president Obama, in which she states:

“I cannot even bear to think of our daughters growing up without their father. This is a nightmare.”– Molly Davies

“What has my husband done that would justify the federal government forcing my young daughters to grow up without a father? How can your Administration ignore the will of the California people and prosecute this good, law-abiding man for doing exactly what the sate law permits?”Molly concluded the letter by stating, “I cannot even bear to think of our daughters growing up without their father. This is a nightmare.”

How you can help save Matt Davies

The easiest way to make your voice heard is to sign the petition on the Keep Matt Free website. Additionally, share this article to your friends and family to notify to spread the word.

Medical marijuana is legal in CA. Tell D.C. to leave law-abiding people like Matt alone. Sign the petition to save Matt now!