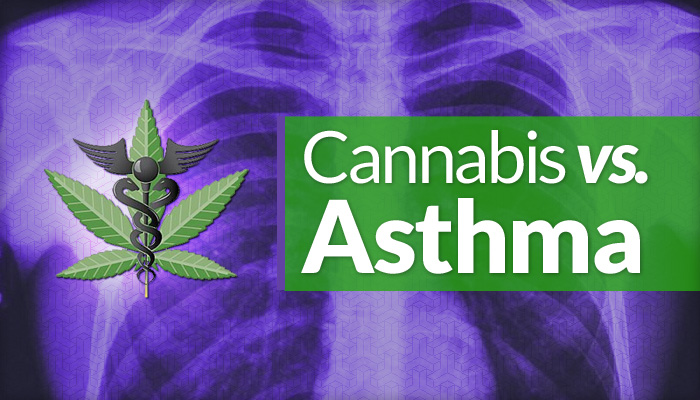 Asthma is one of the most ubiquitous chronic inflammatory diseases in the U.S., affecting an estimated 35 million people, and claiming the lives of 4,000 each year. The disease is typically caused by inflammation of the bronchial tubes, causing the chest to feel tight and breathing to become difficult.

Symptoms include wheezing, coughing (especially at night), shortness of breath, and pain or pressure in the chest. While not every case of asthma is identical, the treatments for all cases are similar.

Anti-inflammatory drugs are the most popular treatment among people suffering from asthma. The steroids are inhaled through devices called inhalers, which are short-acting broncho-dilators. Broncho-dilators work to open your airway passages relieving shortness of breath, wheezing, cough and chest tightness caused by asthma.

“Asthma affects an estimated 35 million people each year, claiming the lives of 4,000 Americans each year.”

Some patients with more serious cases of asthma treat themselves with nebulizer breathing-treatments. A nebulizer is an in-home (tabletop) machine that changes the medication from a liquid to a mist so that it can be more easily absorbed by the lungs when inhaled (similar to a vaporizer). These treatments may cause restlessness, headaches, nausea, and even more serious side effects such as seizures.

Vaporization as a Safer Alternative to Smoking

While growing evidence demonstrates the anti-inflammatory properties of CBD and certain benefits of THC(CBD and THC are phytocannabinoids, or cannabinoids found in cannabis), the burning of plant material (e.g. smoking cannabis) releases cancer-causing compounds. While (1) there is no compelling evidence to support the idea that smoking cannabis causes cancer (partially due to the growing evidence that suggests that certain cannabinoids may have anti-cancer properties) and (2) at low to moderate frequency of use, cannabis smoking has not been showing to cause lung dysfunction, vaporization (heating to release vapors, rather than burning) is a safer inhalation method.

The inhalation of marijuana smoke is unnecessary for the experience of its potential benefits– even when an inhalation delivery method is best for an individual patient and their unique symptoms, vaporization is a safer and similarly effective option. If you currently smoke cannabis, switching to vaporization is a healthier option.

While marijuana smoke has some of the same toxins as tobacco smoke, the cannabinoids found in cannabis work in a way to counter act the harmful effects of the smoke. So are your lungs actually ever really damaged? This is yet to be proven.

Studies have demonstrated that THC may act as a temporary (1-2 hours) bronchodilator, especially when ingested. The New England Journal of Medicine, published a 1973 study that stated, “Marihuana smoke, unlike cigarette smoke, causes broncho-dilation rather than broncho-constriction [narrowing of the air passages] and, unlike opiates, does not cause central respiratory depression [i.e. a decrease in breathing].”

Another long-term study (20 years) done from 1985 to 2006, examined 5,000 subjects from three American cities. The researchers questioned the participants about their cannabis and cigarette use, and tested lung capacity as well as rate of air flow out of their lungs. To their surprise, the researchers found that at low to moderate levels of cannabis smoking, lung volume and air flow rates both increased with each “joint year” (365 joints), up until seven joint-years (or 2,555 joints).

“Marijuana smoke, unlike cigarette smoke, causes broncho-dilation [opening] rather than broncho-constriction [narrowing of the air passages] and, unlike opiates, does not cause central respiratory depression.” – New England Journal of Medicine

While some may argue that lung capacity is increased because of long inhales and the holding of breath that goes with cannabis smoking, that doesn’t explain why the lungs of cannabis-only smokers didn’t worsen like the lungs of cigarette smokers. There is more happening behind the scenes.

Oral administration (and perhaps vaporization) of cannabinoids may open up your airways, acting as a bronchodilator. Some asthmatics have found relief through the use of Marinol, a synthetic (man-made) pill-form of THC. Although the drug has greater psychoactive properties than actual cannabis and may be less effective than whole-plant cannabis for certain conditions, it is still more effective than inhalers or nebulizers for most patients. Asthma patients may benefit from the ingestion of cannabis because of its anti-inflammatory effects, through the use of edibles or tincture. For patients that have serious cases of asthma, ingesting hemp oil in its raw form could provide long-term preventative relief as an alternative to smoking.

Doctors often suggest that patients use a neti pot to clear clogged sinuses (a frequent problem among asthma patients) in the morning. Some people dislike this method because it just feels weird, and is not exactly what someone looks forward to doing each and every morning.

Needless to say, much more scientific research must be done to assess the effect of various cannabis delivery methods on asthma patients. With over 35 million people affected each year by asthma, finding safe and effective treatment options to commonly used medications that may produce adverse sideeffects is essential.