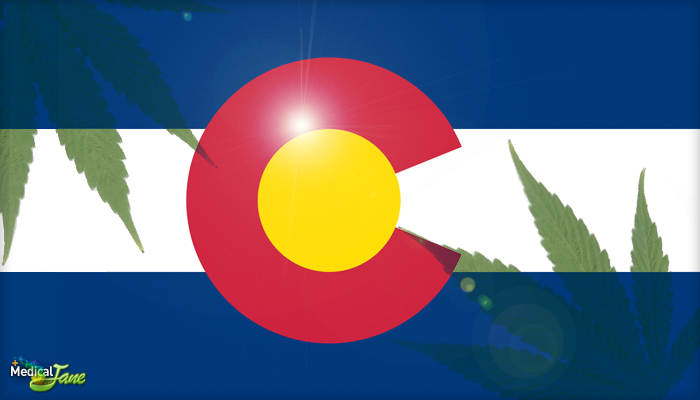 Despite the delay in establishing a regulatory system for recreational marijuana, the industry for medical marijuana in Colorado is absolutely booming.

Colorado may have the largest medical marijuana system in the United States with close to 1,440 dispensaries, grow centers, and marijuana infused-product businesses statewide. Even still, state auditors released a report on Tuesday, March 26th, that highlighted numerous flaws in the enforcement of Colorado’s medical marijuana system – a responsibility that falls on the state’s Medical Marijuana Enforcement Division (MMED), a unit of the Department of Revenue.

According to the report, the short fallings of the division involve everything from inventory tracking and managing their budget, to conducting criminal-history checks on applicants.

A major setback for the MMED has been a serious lack of funding, which has made it nearly impossible to achieve the ambitious expectations that have been imposed on state regulators.

“We had a champagne wish list on a beer budget, and we were never going to get there.”– Marco Vasquez

“The expectations were too high,” said Marco Vasquez, who retired this month as the division’s enforcement chief. “We had a champagne wish list on a beer budget, and we were never going to get there.”

While a lack of funding may be an obvious factor, the audit committee also found a number of more deeply rooted issues. The report suggested that the division was not doing a sufficient job in defining its oversight of the industry, and failed to manage its programs or finances.

It also appears that budgetary problems may not be entirely due to a lack of funding, as auditors identified huge revenue gaps and financial losses suffered by the division over 19 consecutive months.

One of the most prominent findings of the report came at no surprise to anyone involved with the industry. Colorado’s highly anticipated high-tech “seed-to-sale” system was supposed to enable tracking of marijuana from cultivation to the final sales transaction. And despite accumulating close to $1.1 million in development costs, the system has still not been fully implemented.

The project was postponed last year when the MMED couldn’t come up with an additional $400,000 to put the system in place.

On the other hand, the report suggests that the system may not be necessary anymore in light of the recent passage of Amendment 64; which allows adults to cultivate marijuana themselves. Regardless, the MMED still plans to implement the system by the end of this year.

The division also appears to be lacking in their oversight of new and existing marijuana businesses. According to the report, more than 40 percent of business applications filed before the 2010 deadline are still pending, although businesses have been permitted to continue operations.

“[S]o many in the industry who had applied, had issues with their background — back taxes, improper paperwork.” – Paul Schmidt

The entire process was only supposed to take a year, but has dragged on “because so many in the industry who had applied, had issues with their background — back taxes, improper paperwork,” said former MMED deputy director Paul Schmidt.

The audit committee had further concerns regarding the licenses that were actually granted. According to the report, 13 out of the 35 new business applications contained evidence of “potentially disqualifying information,” despite the fact that most of the questionable applications were ultimately approved.

The licensing process for employees was another short falling of the division. The audit committee found that 22 out of 25 randomly selected applications were approved by the MMED prior to reviewing the results of their criminal-history check.

In addition, the report displayed evidence of the division’s lack of regard for state laws that prohibit businesses from being located within 1,000 feet of schools.

Acknowledging the report’s findings, the MMED has agreed to improve its enforcement of state medical marijuana laws and implement a number of recommendations that were outlined (some good, some not so great). These include improving the application process, monitoring systems, budgetary controls, and seizure and destruction procedures.

“This is a very young and immature industry, and kudos to us for taking on something that hasn’t been tackled anywhere in the world, really. It’s a monumental task.” – Jeremy Heidl

While the regulation of medical marijuana in Colorado may not be at its best, the division’s efforts have still garnered respect among many of those involved with the industry.

“We are still the best example of regulation,” said Denver dispensary owner Jeremy Heidl. “This is a very young and immature industry, and kudos to us for taking on something that hasn’t been tackled anywhere in the world, really. It’s a monumental task.”

This article was written by the Senior Editor of TruthOnPot.com. You can learn more on this topic as well as other marijuana-related news, facts and research at their website.