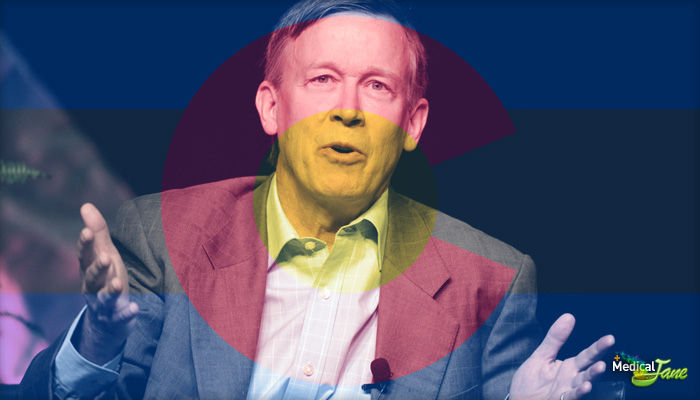 A series of bills that will govern the cultivation, taxation, and sale of recreational cannabis in Colorado was signed into law on Tuesday.

Shortly after the Washington Liquor Control Board announced its draft regulations for the state’s new recreational marijuana industry, Colorado Governor John Hickenlooper signed similar measures into law to regulate his own state. These measures officially establish the state as the world’s first taxed and regulated market for cannabis.

“We applaud Gov. Hickenlooper for the initiative he has taken to ensure the world’s first legal marijuana market for adults will entail a robust and comprehensive regulatory system,” said Mason Tvert, director of communications for the Marijuana Policy Project (MPP). He claims that it is “only a matter of time” before we begin to see other states following Colorado and Washington’s lead.

“We applaud Gov. Hickenlooper for the initiative he has taken to ensure the world’s first legal marijuana market for adults will entail a robust and comprehensive regulatory system.”– Mason Tvert, MPP

The measures cover everything from how the plant should be cultivated and packaged, to out-of-state restrictions and marijuana DUI’s (5 nanograms per milliliter limit). One of the bills calls for a vote to place a 15% excise tax on the wholesale of cannabis (from cultivator to dispensary) and an additional 10% sales tax on recreational sales. Under Amendment 64, the first $40 million raised in recreational taxes will go to school improvement.

Although the Governor has stated his opposition to the legalization of cannabis in the past, his signing of the bills show his willingness to enforce the will of his constituents. “Recreational marijuana is really a completely new entity,” said Hickenlooper who feels that the new cannabis rules are “commonsense” regulation.

Only Colorado residents will be able to invest in recreational stores and only those with existing dispensaries may apply for the recreational sales license. The Colorado retail stores are expected to open their doors as early as January 2014.