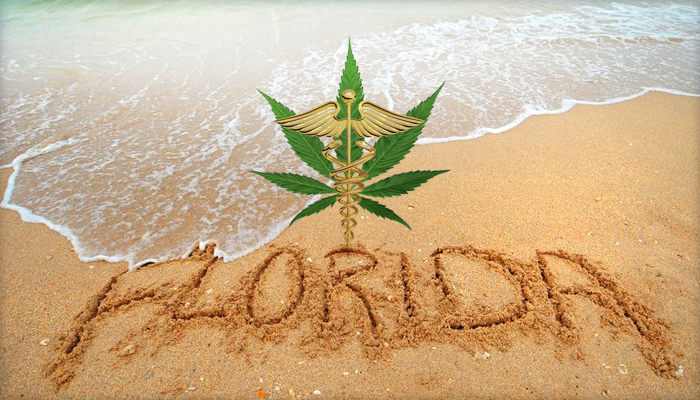 Florida has pushed for the legalization of medical marijuana before, but organizers have never been able to accomplish the feat of collecting the thousands of necessary signatures to make the ballot.

It will be a different story in 2014 thanks to the Orlando attorney, who’s amendmentprovides that a physician will be allowed to prescribe cannabis to patients with qualifying conditions. Analysts say that the campaign could cost upwards of $10 million to be successful, but thanks to the personal fortune of Morgan, this drive will be well funded.

“I’ve been very surprised by the reaction so far. I’ve gotten thousands and thousands of people calling me and thanking me… It’s police, veterans, detectives, state attorneys, Democrats, Republicans. I think we are going to have success with this.”– John Morgan

Backers need 788,000 Floridian signatures by February 1st in order for the statewide referendum to make it on the 2014 ballot. If it does, it would require a 60% approval from voters to pass. Morgan is not worried about the numbers, and believes that he will be able to gather an “army of angels” to gather the necessary signatures.

“I think it could be unprecedented in Florida politics, when you have so many volunteers with a passion for compassion out there collecting signatures,” Morgan said. “I’ve been very surprised by the reaction so far. I’ve gotten thousands and thousands of people calling me and thanking me… It’s police, veterans, detectives, state attorneys, Democrats, Republicans. I think we are going to have success with this.”

Kim Russell is a 42-year-old stay-at-home mom from Orlando. She home-schools her children and drives a minivan to her local Republican executive committee meetings. “She does not own any tie-dye clothes,” saidZac Anderson of the Sarasota Herald-Tribune (What’s wrong with tie-dye?)

Russell, like many people in the U.S., smokes cannabis to ease the pain she feels deep in her bones as a result of her treatment for breast cancer. “I have a high tolerance for pain… and I hated taking pills,” said Russell. “But when I laid down to go to bed and my body started hurting and I couldn’t sleep, taking four or five tokes took the edge off so I could get to sleep.”

Back in 2009, Russell turned in her retirement fund and took out a second mortgage on her house in order to finance a petition drive to get a medical marijuana amendment on the ballot. Unfortunately it failed due to lack of resources, but she is betting that the petition drive will have better luck this time thanks to Morgan and other organizations such as United For Care, who is hosting the petition on their site.

“I have a high tolerance for pain… and I hated taking pills, but when I laid down to go to bed and my body started hurting and I couldn’t sleep, taking four or five tokes took the edge off so I could get to sleep.” -Kim Russell

Senate Bill 1250, the Cathy Jordan Medical Cannabis Act, was introducedto the Florida legislature by Sen. Jeff Clemens (D – Palm Beach) earlier this year where it was stalled and eventually killed without a hearing. Hours after an article ran that mentioned the Florida senator was planning to introduce an act that would legalize the use of medical marijuana by qualified patients, a team of militaristic officers surrounded and raided Cathy’s house.

Authorities confiscated 23 marijuana plants that Cathy was growing to treat the symptoms she experiences from her amyotrophic lateral sclerosis (ALS) that has had her wheelchair-bound since 1986. Although current law in Florida states that the possession of less than 25 plants is a felony punishable by up to 5 years in prison and a $5,000 fine, police made no arrests.

Dave Bristow, a sheriff’s office spokeman, stated that “responding deputies were not aware of any legislation. Why would we want to get involved in that? We had no choice as far as what we had to do here… They had marijuana. Marijuana is illegal. We confiscated the marijuana.” The Jordans have since sued the Sherrif’s office and the case is being sent to the State Attorney’s Office for review.

The big fundraising push for the new legislation begins this week. The campaign has already successfully raised $193,167 between the months of January and March, with the majority coming from Morgan. Morgan said that he has a few other major financial backers lined up to donate, but refused to identify them by name.