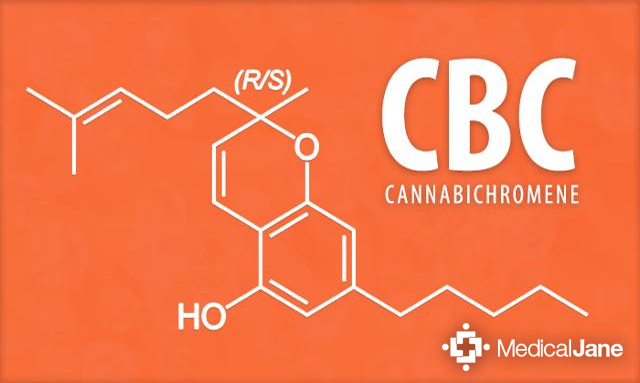 When we consider the major cannabinoids, cannabichromene (CBC) is sort of “the ugly duckling.” CBC doesn’t get a lot of praise nor attention, but it has shown to have profound benefits. Similar to cannbidiol (CBD) and tetrahydrocannabinol (THC), CBC stems from the all-important cannabigerolic acid (CBG-A).

“Cannabigerolic acid (CBG-A) is often referred to as the “stem cell” of cannabinoids. It is the precursor to THC, CBD, and CBC.”

From there, enzymes cause it to convert into cannabidiol carboxylic acid (CBD-A), tetrahydrocannabinol carboxylic acid (THC-A), or cannabichrome carboxylic acid (CBC-A). In this case of CBC-A, it obviously passes through the CBC synthase, or the enzymes that get the specific process underway. In order to get cannabichromene, decarboxylation must occur. Over time, or quickly if exposed to heat, the CBC-A will lose a molecule of CO2; at this point it is considered CBC. The same process applies when developing THC and CBD.

Although cannabichromene isn’t the most popular cannabinoid, research suggests CBC could be very beneficial. According to Halent Labs, a top lab-testing facility, it is believed to inhibit inflammation and pain. In addition, it is believed to stimulate bone growth.

“Cannabichromene has been a successful remedy for migraines. It also has shown signs in minimizing pain and inflammation.”

One of the most intriguing findings about cannabichromene is its relationship with cancer. CBC is believed to have anti-proliferative effects, meaning it inhibits the growth of cancerous tumors.

This could be a result of its interaction with anandamide. Anandamide is an endocannabinoid, which means our body produces it naturally. It affects the CB1 receptors, as well as the CB2 receptors, and has been found to fight against human breast cancer. CBC inhibits the uptake of anandamide, which allows it to stay in the bloodstream longer.

Not only does CBC have benefits of its own, but it seems to work with the other cannabinoids to produce a synergistic effect; it gives merit to the saying, “the whole is greater than the sum of its parts.” Even though cannabichromene is found in much smaller concentrations than THC and CBD, its importance should not be overlooked. Never underestimate the power of the entourage effect.