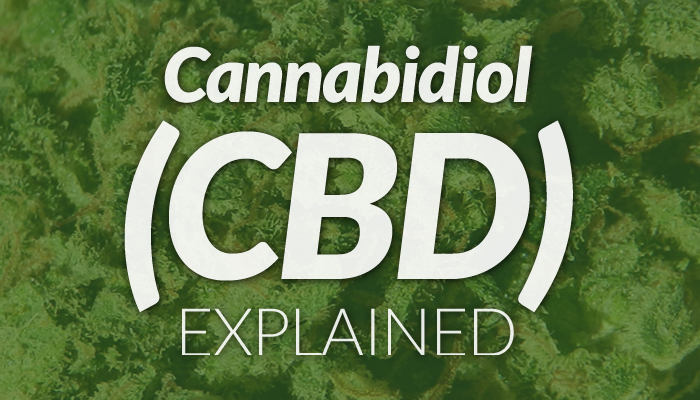 Tetrahydrocannabinol, or THC, is the main component responsible for the psychoactive effects, or “high,” cannabis is known for. While THC is known to have some medicinal value, there has been recent investigation into a new cannabinoid that is rumored to have more medicinal benefits than any single pharmaceutical drug on the market.

What is Cannabidiol (CBD)?

This cannabinoid is known as cannabidiol (CBD) and is the second most abundant cannabinoid found in cannabis on the market today. Research performed by G.W. Pharmaceuticals suggests that CBD could be used for treating symptoms of rheumatoid arthritis and other autoimmune diseases, diabetes, nausea, bowel disorders, and many other hard-to-control side effects. According to an research by Project CBD, CBD has even demonstrated neuroprotective effects, and its anti-cancer potential is currently being explored.

While it was originally believed that THC is a breakdown product of CBD, it is now known that both THC and CBD are actually metabolites of their decarboxylated acidic forms, THCa and CBDa. These acidic precursors are decarboxylated (essentially dried) by heat or extraction to produce THC and CBD; only then do they become psychoactive.The compound has medicinal benefits without the “high” that some patients do not desire. This makes CBD appealing to patients who are looking for an alternative to their current meds, which often have opiate-like effects.

“After years of growers aiming to boost THC percentages in their crops, many growers have switched to focusing on producing CBD-rich strains because of the increasing demand by medical users.”

Cannabidiol is even known to counteract some of the effects of THC like the “munchies.” Just as THC increases our appetite, CBD suppresses it, which could be ideal for patients watching their figure. CBD just might be a key ingredient in a future weight loss drug, who knows?

There is one exception to the theory that CBD suppresses appetite, but it is a blessing as well. Many people who have difficulty eating due to their stress or anxiety can use CBD to get rid of that sick feeling in their chest or stomach, allowing them to eat again once their anxiety subsides.

A recent study published in The International Journal of Neurophamacologypoints to cannabidiol (CBD) as a cause of neurogenesis in the brain; specifically in the Hippocampus, an area typically associated with conscious memory and navigation. However, the researchers believe that CBD’s anxiety relief may be due to this neurogenesis in the brain. You can read our full article on the study here.

There has actually been a substantial amount of experiments done on cannabidiol that has proved its potential healing powers. Dr. Sean McAllister, a scientist from the Pacific Medical Center in San Francisco, made an astounding discovery about CBD. McAllister has been studying cannabinoid compounds for 10 years now in search of new therapeutic interventions for various cancers. He discovered that cannabidiol is a potent inhibitor of cancer cell proliferation, metastasis, and tumor growth.

Results of his experiments on breast cancer show that the number of cancer cells diminished as more CBD was applied. Essentially, CBD may be a generally effective way to switch off the cancer-causing gene, providing patients with a non-toxic therapy to treat aggressive forms of cancer.

“CBD could be used for treating symptoms of rheumatoid arthritis and other autoimmune diseases, diabetes, nausea, bowel disorders, and many other hard-to-control side effects.”

Raphael Mechoulam of the Hebrew University, Jerusalem, and Faculty of Medicine has been studying cannabinoids for almost 50 years. Mechoulam gave a talk on cannabidiol on the 45th year of involvement in the field in which he spoke about a number of experiments being done on cannabidiol.

He described an experiment that was done in Brazil in which a 200mg/day dosage of CBD was added to the anticonvulsants epilepsy patients were currently taking. Over the course of several months only 1 of the 7 patients showed no improvement; three became seizure-free; one experienced only one or two seizures, and two experienced reduced severity and occurrence of seizures.

A colleague of Mechoulam’s, Marc Feldman at Imperial College, London, tested CBD on mice that had a version of rheumatoid arthritis. He found that CBD reduced the mice’s inflammation by 50% at the right dosage. Cardiologists working with the mice at Hebrew University have found that a dosage of CBD immediately following a heart attack can reduce infarct size by about 66%.

“CBD did not just prevent onset, it blocked the development of diabetes.” – Raphael Mechoulam

Another notable study conducted by Mechoulam was done on mice bred to have a version of type-1 diabetes. The diabetes was designed to manifest right around 14 weeks, so the mice were treated with CBD for the first 7 weeks of their life and then again in another 7 weeks. He concluded that only 30% had developed diabetes compared to the 90-100% given the placebo.

He then repeated the experiment where the CBD wasn’t introduced until 14 weeks when the diabetes first developed. They were then tested at 24 weeks of age and again only 30% of the treated mice were found to have diabetes. “CBD did not just prevent onset,” said Mechoulam, “it blocked the development of diabetes.”

CBD-Rich Strains Are Making A Comeback

Unfortunately most commercially available indica strains have been selected and bred for their high levels of THC for the past 20-30 years. This has resulted in CBD being nearly bred out of the plant — most strains contain less than 1% CBD.

Since CBD typically shows up under 1% in most strains, it is sometimes hard to find a plant with equally as low THC percentages as to avoid the ‘high’ patients experience from THC. However, that doesn’t mean that these CBD-rich strains don’t exist!

Thanks to the many growers who are now focusing on CBD-rich strains for their medicinal benefits rather than seeking a high from sticky THC-covered strains, CBD-rich strains are making a comeback.

“Cannatonic” is one known popular CBD-rich strain which is known to contain 6.5% CBD by weight, and the same amount of THC, making for one of the most medicinal strains out there. Sour Tsunami, Ghost Rider, Harlequin, Jamaican Lion and Omrita Rx3 have been tested several times by several labs as high as 18% CBD with equal or lower percentages of THC (3:2 ratio of CBD to THC in most cases).

We have only begun to scratch the surface of understanding this miraculous cannabinoid. While significant discoveries have been made about the medicinal benefits of cannabidiol, there is much left to reveal about this cannabinoid.

There are 5 references in this article. Click here to view them all.