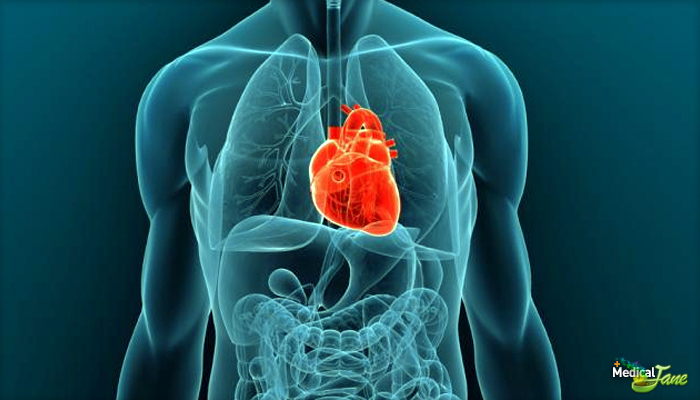 Being diagnosed with cancer, regardless who you are, can be devastating. Of course, some people take it better than others, but it typically means that you life will change forever, at least slightly. One of the worst parts about cancer is that the treatment often has terrible side effects.

While there are a number different forms of chemotherapy, one of the most common is doxorubicin. It is administered through an IV and used to treat various types of cancer including: leukemia, Hodgkin’s Lymphoma, breast, thyroid, and brain cancer. While it is one of the more successful treatment options, a major side effect is severe heart damage. It also has been linked to nausea, vomiting, and heart arrythmias (abnormal heart beat).

Doxorubicin earned the nickname “Red Death” because it often causes the heart to grow larger, weaker, and unable to pump blood effectively.

A team of researchers published this study in the new issue of Environmental Toxicology and Pharmacology that focused on the effect cannabidiol (CBD) would have on Doxorubicin treatment. The team, from King Faisal University, designed a 4-week experiment centered around rats.

In order to gauge CBD’s effect, the researchers examined the amount of damage to the heart. They did so by measuring the levels of creatine Kinase-MB, which is an enzyme mostly used to gauge heart damage. In order to cover their bases, they also measured troponin T levels, which is commonly used to gauge damage from heart attacks.

According to researchers, CBD was successful at protecting the heart from doxorubicin. The levels of creatine kinase-MB and troponin T were significantly reduced in the rats. Since they are two of the most common ways of determining heart damage, the decrease suggests there was less damage.

It’s clear that treatment with CBD counteracted the detrimental effects of doxorubicin on the heart. According to the study itself, “These results indicate that cannabidiol represents a potential protective agent against doxorubicin cardiac injury.”

That being said, the study seems to beg the question whether the “middle man” is necessary. Recent studies have suggested that that cannabinoids, like cannabidiol (CBD) and cannabigerol (CBG) have chemopreventive properties. If cannabinoids are proven to inhibit cancer growth it could eliminate the need for chemotherapy altogether. I think it’s safe to say that it’s better to be proactive and avoid the problem than to react when drugs like doxorubicin affect our heart negatively.