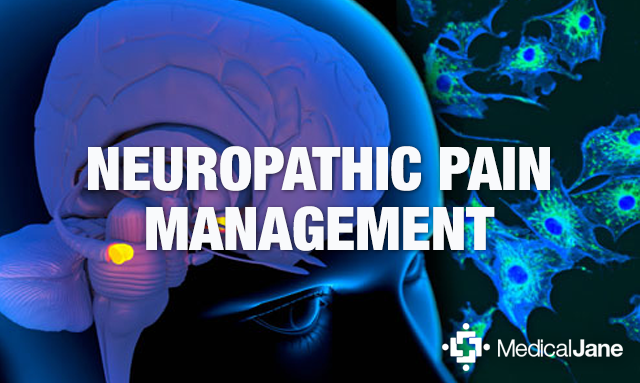 A recent study performed in California found Cannabis to be successful in reducing neuropathic pain intensity. Researchers at the University of California, Davis recently completed a study on the effects of vaporized cannabis on neuropathic pain. The study was sponsored by the Center for Medicinal Cannabis Research and the VA Northern California Health Care System.

Neuropathic pain is an result of nerve damage. It causes sensations like: pins & needles, itching, wetness, and burning.

Neuropathic pain refers to the perception of pain when there is no reason, biologically. It is the result of damage or disease to the somatosensory system, which controls the sensations associated with touch. The somatosensory system covers the skin, bones, joints, skeletal muscles, and internal organs; it is responsible for the perception of pain, temperature, and tactile touch.

Because it affects the nervous system, neuropathic pain is very difficult to treat. Cannabinoids present in cannabis are known to interact with CB1 and CB2 receptors within the nervous system, and even have analgesic (pain-killing) effects. It’s this knowledge that led to the study, which was titled “The Analgesic Effect of Vaporized Cannabis on Neuropathic Pain.”

Only 26% of the placebo group reported a significant reduction in pain intensity. This is compared to 57% and 61% in the two groups given cannabis.

The same group of people were studied for the amount of pain they experienced when exposed to 3 levels of treatment. There was a mild THC-dose treatment, a low THC-dose treatment, and a placebo treatment. In order to gauge the treatment’s success, the participants were asked to rate their pain on a scale from 0 (no pain) to 100 (worst pain possible). They did so before treatment and every hour after treatment for 6 hours

The results of the study show that small doses of cannabinoids found in cannabis, specifically THC, could potentially play a role in reducing perceived pain and improve the quality of life in patients suffering from neuropathic pain.