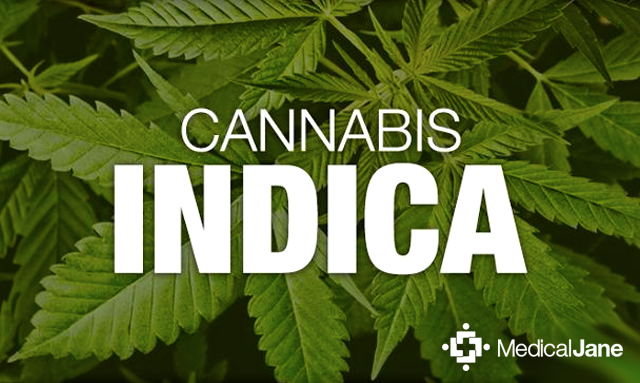 There are two main types, or classifications, that make up the majority of all cannabis ‘strains’ that appear on dispensary menus; Cannabis Sativa and Cannabis Indica.

It is generally accepted that Cannabis Indica originated in the hash-making countries of the world like Pakistan, Afghanistan, Morrocco, or possibly even from the Asian subcontinent near Tibet, where they thrived in the freezing winters and hot summers. According to the Hash Museum, European botanist Jean-Baptiste Lamark first published a description of his newly discovered species in India back in 1785 — hence the “Indi-” prefix in the name ‘Indica’.

Mr. Lamark describes the Indica strains as darker green in color than Sativa with shorter, fatter leaves with wide blades. He commented that Indica plants have a “firm stem and thin bark that make it incapable of furnishing similar fibers to the preceding species (Cannabis Sativa L.) of which so much use is made.”

How To Identify Cannabis Indica

Unlike Sativa strains, which tend to grow tall and lanky, Indica strains tend to grow short and stout in composure (usually between 2-6 feet tall), produce less of a yield (1.5 to 2.5 ounces per plant), and are typically more potent (higher THC%) than its Sativa counterpart.

Because Indica cannabis plants grow to be very short, many growers choose to cultivate Indica strains when they are forced to grow indoors. Indica plants typically flower between eight to twelve weeks and produce sticky, dense nugs that grow in clusters around the nodes of the plant (where pairs of leaves come out of the stem).

The flavors and smells of Cannabis Indica include; pine, skunk, earth, hash, or a sweet and sugary fruit flavor. One of the most common terpenes in Indica strains is alpha-pinene, an organic compound found in the oils of rosemary and sage as well as many species of pine trees.

Pinene is capable of increasing mental focus & energy, and has been used for thousands of years in traditional medicine to retain and restore memory. The terpene can also work as an expectorant, bronchodilator, and a topical antiseptic. Pinene is also found in most OG strains as well as most other strains with Afghani genetics.

While Sativa plants typically produce more of a euphoric, uplifting high, Indica strains of cannabis are known for providing significant pain relief and muscle relaxation coupled with heavy sedative effects — similar to general analgesics. This is because Indica landraces typically have higher cannabidiol (CBD) levels than sativa strains. As such, you can expect to feel the effects more heavily concentrated in your body and legs when medicating with Indica dominant strains. People often refer to this feeling as being ‘stoned,’ as opposed to the head-intense ‘high’ people get from medicating with Sativa strains.

Because of the higher levels of CBD, Indica strains are ideal for patients looking to treat symptoms such as chronic pain, muscle spasms, anxiety, nausea, appetite stimulation, and sleep deprivation, to name a few.

Other individuals who suffer from diseases such as multiple sclerosis, fibromyalgia, lupus, sleep apnea and insomnia also tend to benefit immensely from the effects. Cancer patients especially benefit from the pain & nausea relief from medicating with indica after chemotherapy treatments.

Unfortunately most commercially available indica strains have been selected and bred for their high levels of THC for the past 20-30 years. This has resulted in CBD being nearly bred completely out of the plant — most strains contain less than 1% CBD. However, this trend is being reversed by many growers who are now focusing on CBD-rich strains for their medicinal benefits rather than seeking a high from sticky THC-covered strains.

Now, medical marijuana strains like Harlequin, Sour Tsunami, Cannatonic, and Ghost Rider have been lab tested several times at levels as high as 18% CBD with equal or lower percentages of THC.

Some Of Our Favorite Cannabis Indica Strains

Patients looking for the ideal Indica to help you to sleep at night should consider trying most strains with OG in it, or anything with Kush in its genetics; especially Platinum OG & Pure Kush. Some of our other favorite indica strains include Grandaddy Purp, MK Ultra, and God’s Gift.