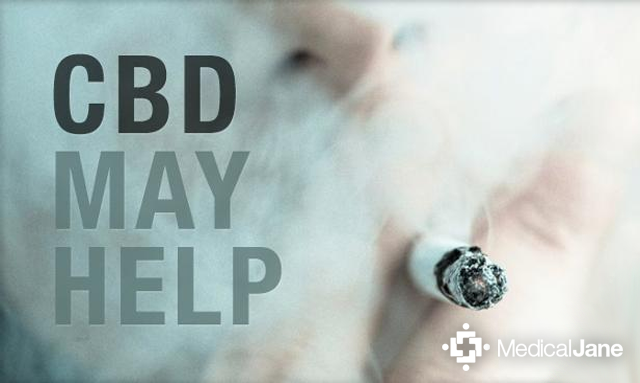 It’s no secret that smoking cigarettes can have deadly consequences. According to the Center for Disease Control and Prevention (CDC) estimates, cigarettes are responsible for 160,848 cases of cancer each year. It is believed that the connection between smoking and cancer is due to cytochrome P450, family 1, member A1 (CYP1A1).

CYP1A1 is a protein found in humans. Although it can be perfectly harmless in small concentrations, a 1993 study titled “CYP1A1: friend or foe” found that high levels of CYP1A1 were related to cancer. It is involved in the creation of BP-7,8-dihyrdrodial-9,10-epoxide, which has been referred to as the ultimate carcinogen. That being said, more CYP1A1 would certainly allow for more production of the cancer-causing compound.

A study published in 2010 determined that cannabidiol (CBD) was a potent inhibitor of the CYP1A1 protein. In this 2013 Japanese Study, the researchers wanted to research whether the structure of cannabidiol (CBD) effected how well it prevented CYP1A1 levels from getting too high. In order to test whether one structure of CBD had more of an effect than others, the researchers looked at a number of its related structures.

Olivetol is an organic compound, and its acidic form is a precursor to cannabigerolic acid (CBGA).

The first structure was olivetol. It is an organic compound that is related to cannabigerolic acid (CBGA), the mother of tetrahydrocannabinol (THC), cannabichromene (CBC), and CBD. Although olivetol inhibited CYP1A1, it wasn’t as effective as CBD. Next, the focus turned to the derivatives of cannabidiol. When CBD degrades, a number of other cannabinoids are created. A few examples of these are CBDM and CBD-2′, 6′-dimethyl ether. When the researchers looked at these cannabinoids they found that they also inhibited CYP1A1 levels. That being said, neither was quite as efficient as CBD as a whole.

When the researchers finished investigated the various parts of cannabidiol, they found that that it is best when used as a whole. Its derivatives were able to limit some of the increased CYP1A1 development, but whole CBD seemed to have the best results. This seems to be the case with the entire cannabis plant as well. All the cannabinoids seem to work together to give the best, synergistic results.

The study’s results suggest that treatment with cannabidiol is an effective was to prevent cancer if you insist on smoking cigarettes. CYP1A1 is related to cancer when found in high concentrations, and cigarettes can cause the amount of it to rise. The Japanese researchers found that the whole structure of CBD was an effective way keep the levels in check.