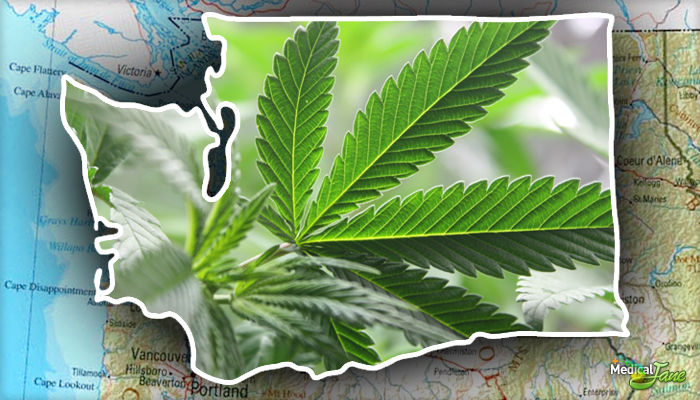 by Zach Reichard on September 04, 2013
ShareTweet

The Washington State Liquor Control Board (WSLCB) announced their proposed changes to its rules for recreational cannabis businesses in the board’s meeting earlier today in Olympia.

The proposed regulations will attempt to guide the production and distribution of recreational cannabis from seed to sale under the state’s Initiative 502, which was passed last November. Key talking points include freeing up more potential locations for recreational cannabis retail in areas such as Seattle, and preventing large corporations or monopolies from forming in the state.

“We believe the action taken today by the federal government is the result of the conversations by our state elected leaders with the Dept. of Justice as well as the open and transparent system in which the rules have been crafted.” – WSLCB Statement

The “1,000 foot rule” included in I-502 prohibits retail locations within 1,000 feet of buildings and parks that are “frequented by children.” Very few qualifying locations exist in congested areas, such as Seattle, and the proposed rules attempt to change the way the 1,000 foot distance would be measured from “as the bird flies” (a straight line) to, “along the most direct route over or across established public walks, streets, or other public passageway.”

In order to prevent monopolies or large chains of cannabusinesses, each business entity would only be allowed up to three producers or processor licenses. Additionally, no entity may own more than 33% of the total licenses per county.

Another proposed rule prevents companies from advertising the curative or therapeutic effects of their products. Objects such as toys, characters or cartoon characters that may be especially appealing to children will not be permitted in advertising either. Instead, all advertising must contain the following warnings:

A public hearing on the proposed rules is scheduled for October 9, but a location has yet to be announced. Following the public hearing, the WSLCB plans to take a final vote on the regulations on October 16.

The rules will take effect almost exactly a month later on Nov. 18, at which point the state will begin to accept applications for cannabis growing, processing, and retailing businesses. Entrepreneurs will have 30 days to apply for licenses, but the WSLCB doesn’t expect any retail locations to open until May or June 2014.

The Department of Justice (DOJ) notified officials in Colorado and Washington last week that they would not attempt to interfere with legalization efforts in the state so long as “strict regulatory schemes” were implemented.

U.S. Attorney General Eric Holder personally delivered the good news to the governors of Washington and Colorado in a conference call where he told them the DOJ will be taking a “trust but verify” approach to the states’ laws.

The WSLCB issued a statement last Friday regarding the DOJ’s announcement:

“The Washington State Liquor Control Board would like to thank the Obama Administration, particularly Attorney General Eric Holder and the Dept. of Justice for its guidance today.

We would also like to thank Gov. Jay Inslee and Attorney General Bob Ferguson for their leadership and efforts on this issue these past nine months.

As Gov. Inslee stated today, the Department of Justice today helped lay a path forward for Washington and Colorado to implement its systems of producing, processing and retailing recreational marijuana.

The Board’s primary rule-making focus has been to create a tightly regulated market with emphasis on public safety and restricting youth access. In his letter, AG Holder shared the same concerns. We believe the action taken today by the federal government is the result of the conversations by our state elected leaders with the Dept. of Justice as well as the open and transparent system in which the rules have been crafted. The Board is confident that Washington’s recreational marijuana system will meet most, if not all, of the federal government’s stated concerns.

With the federal government’s approval the Board will continue to move forward and implement I-502 and carry out the will of Washington State voters.”