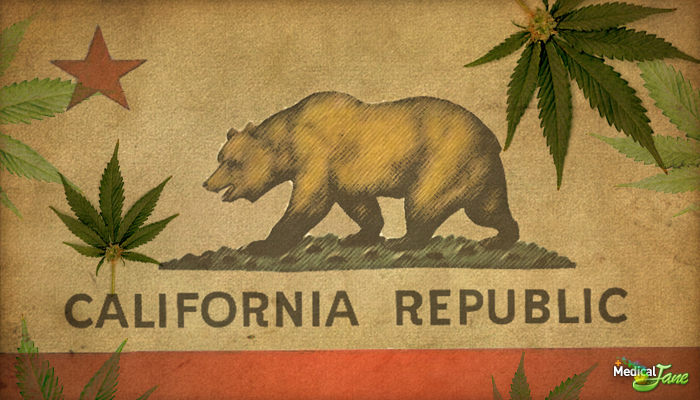 California was the first state to pass medical marijuana legislation when it did so in 1996, but many feel that it has lost steam in terms of blazing the cannabis policy trail. Colorado and Washingtonfamously voted to legalize and regulate cannabis last November, and the effects are already being felt as a number of people relocated to take advantage of the new laws.

“[The MCLR] not only legalizes cannabis, but it also shows how it will be governed in an acceptable way.”– Dave Hodges

The pioneering legislation in Colorado and Washington has had an apparent influence outside of the domestic border. Uruguay passed legislation to legalize cannabis in the country, and similar bills are being considered in Mexico City. There are rumors of the same in the UK.

Despite the international butterfly effect caused by measures in Washington and Colorado, California has not yet legalized cannabis for recreational use. A measure filed on Friday by the group Americans for Policy Reform (AFPR) aims to change that sentiment.

Organizers Will Gather Signatures For The 2014 Ballot

The California Marijuana Control, Legalization, and Revenue Act (MCLR) differs from most measures in that it was open-sourced. According to Dave Hodges, one of the organizers responsible for the measure, they created a document that was available for the public to view and contribute towards. Hodges also said they requested input from various leaders in the medical marijuana industry. “We were given great insight into what the real issues were and how to solve them,” he explained.

The organizers of the MCLR submitted a formal request for the state to prepare a “circulating title and summary” shortly after 4:20 PM last Friday. Once the red tape is completed they will be permitted to begin collecting signatures. With enough support, California voters could see the Marijuana Control, Legalization, and Revenue Act on the November 2014 ballot.

Of course, it’s important to know the details of ballot initiative before showing support blindly. Hodges insists that the MCLR “not only legalizes cannabis, but it also shows how it will be governed in an acceptable way that the majority of Californians can endorse.” He adds that the measure, which falls in line with the priorities outlined by the US Attorney General, allows Californians “the freedom to use, grow, transport and sell cannabis subject to reasonable regulation and taxation in a manner similar to alcohol.

In addition to protections for cultivators and retailers, the Marijuana Control, Legislation, and Revenue Act offers aims to include provisions for concentrated cannabis extracts, regardless of the solvent used. Overall, organizers believe the initiative measure will do the following:

Perhaps one of the most interesting aspects of the MCLR is that it would prohibit cities from placing bans on dispensaries. Also, the proposal would prevent individual municipalities from drafting zoning laws to the detriment of canna-businesses. According to its wordage, dispensaries could operate in any commercial or industrial zone.

Hodges may have put it best when he finished his press release with the following: “With this filing, we start the final stages toward ending cannabis prohibition in California.”

If passed, the California Marijuana Control, Legislation, and Regulation Act is likely to send waves throughout the nation, if not the world.