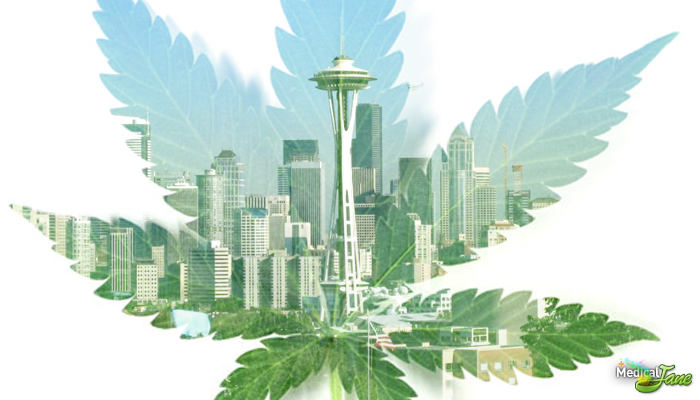 Representatives from the Washington State Liquor Control Board, Department of Revenue, and Department of Health released their draft recommendations for medical marijuana on Monday.

The group’s proposal involves lowering the amount of cannabis that patients are allowed to possess and restricts qualifying patient conditions more tightly. Further, the suggestions would force medical marijuana patients to obtain their cannabis from locations licensed under Washington’s recreational marijuana law.

As we know, Washington voters approved the use, and sale, of recreational marijuana nearly a year ago and the Liquor Control Board recently released their finalized rulesfor retail cannabis. That being said, “officials have been concerned that Washington’s unregulated medical marijuana market could undercut the sale of fully taxed pot and invite a crackdown from federal prosecutors,” according to the Associated Press.

Accordingly, state legislators instructed members of the agencies to analyze the potential relationship between medical marijuana and legal cannabis. The Liquor Control Board must submit their final recommendations to the Legislature by the turn of the New Year.

According to the proposed regulations, the allowable amount of cannabis would be reduced from 24 ounces to 3 ounces. Of course, this is compared to the 1 ounce limit that will be placed on those not in the medical marijuana program. Also, patients would no longer be allowed to grow cannabis at home – Washington State currently allows patients to grow up to 15 plants.

“Patients would no longer be allowed to grow cannabis at home.”

Interestingly, the Washington State medical marijuana law currently does not have any age restriction. Under the new recommendations, however, patients under the age of 17 would be required to have parent or guardian consent.

Additionally, the state agencies recommended that a tighter restriction be placed on the term “debilitating pain.” In addition to conditions like cancer and HIV, medical marijuana would only be granted for pain that “significantly interferes with the patient’s daily life.” Similarly, physicians would not be allowed to run medical practices that largely focus on authorizing medical marijuana patients.

Some activists disagree with the recommendations, and the prohibition on home-growing in particular. According to Philip Dawdy, of the Washington Cannabis Association, the state passed medical marijuana laws in 1998 in order to allow patients to grow their own therapeutic cannabis. “It’s not going to be simple for patients with debilitating conditions to get to [medical medical marijuana locations],” he added.

According to Allison Holcomb, the American Civil Liberties Union of Washington Lawyer who drafted I-502, the proposed growing restrictions do not make much sense if patients and caregivers have to register with the state.

“Collective grows have been the biggest concern, in terms of being able to rein in the commercial activity that’s been occurring under the guise of medical marijuana,” Holcomb said. “I just don’t see the harm in allowing patients to have a personal supply.”

The Washington State Liquor Control Board will accept comments from the public about the draft recommendations until November 8th, 2013. Public comments are to be submitted at medicalmarijuana@liq.wa.gov.