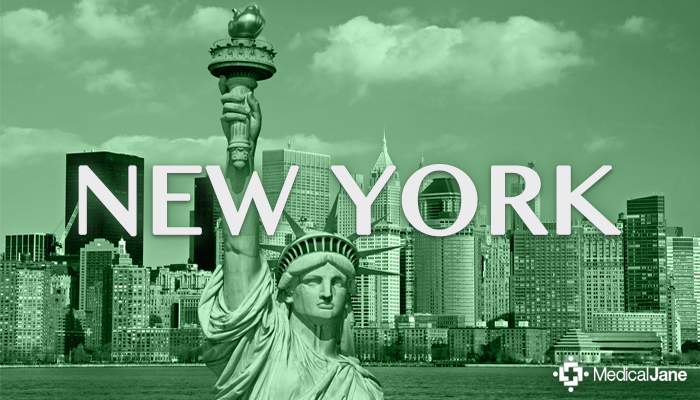 ALBANY, NY — A surprising turn of events came Saturday evening as an announcement surfaced detailing plans put a medical marijuana program in place in the State of New York. Governor Andrew M. Cuomo (D) plans to issue an executive action this week that will provide seriously ill patients with access to medical cannabis.

The move comes less than a week after legal retail sales of cannabis began in Colorado and seems to keep momentum moving in favor of a new approach to cannabis policy. However, it should be noted that the system will be much more restrictive than medical marijuana programs in states like California and Colorado.

Instead of being made available through home cultivation, caregivers, or medical cannabis dispensaries, Gov. Cuomo’s plan calls for access to cannabis through a provision in the public health law that has been on the books since 1980.

“There are plans for 20 hospitals to be chosen based on “regional diversity” and the extent that treat patients suffering from ailments like cancer.”

Known as the Antonio G. Olivieri Controlled Substance Therapeutic Research Program, the provision permits the use of “cancer patients, glaucoma patients, and patients afflicted with other diseases as such diseases are approved by the commissioner.”

Accordingly, Gov. Cuomo will allow a shortlist of hospitals in the state to provide medical cannabis to those suffering from life-threatening ailments such as the aforementioned.

Medical Marijuana To Be Available In Select New York Hospitals

First, the State will need to determine exactly where the medicine will be available. There are plans for 20 hospitals to be chosen based on “regional diversity” and the extent that treat patients suffering from ailments like cancer, according to the New York Times.

The next task will be for the New York to secure a medical cannabis supply chain. Without any licensed caregivers in the state, it seems as if their options may be limited to the federal government or local law enforcement.

While there is no definitive timeline for medical marijuana to made available in New York hospitals, State officials hope to have all the necessary pieces in place before year’s end.

Ethan Nadelmann, the executive director of the Drug Policy Alliance, commended Gov. Cuomo for his decision. He referred to it as “a bold and innovative way of breaking the logjam,” while noting that it will not be end of the road.