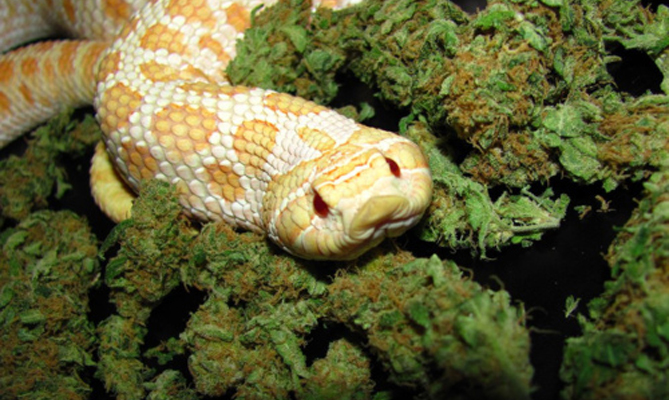 Snakes In The Grass: Stay Informed And Spread The Word

It has been said time and time again, the cannabis industry is changing (and fast). The Weed Activist shines light on this change in a recent column, noting that “we are in a strange matrix in time where cannabis fluxuates between legal and illegal, as well as understood and misunderstood.”

While the history of cannabis business shows that acceptance for the plant is spreading throughout the nation, the fact remains that it is still illegal under Federal law. So, there is limited oversight and even less protections in place to ensure that businesses operate according to a code of ethics.

Scammers and those knowingly practicing unethical behaviors undoubtedly exist and they are making their way into the cannabis industry at a remarkable rate. On that note, some self-policing seems to be in order. Not to worry, the cannabis industry has a tight-knit group of good-hearted people sticking together to weed out the bad seeds. It’s up to large publications like Medical Jane to get the word out as quickly as possible, to make sure people are informed and being kept in the loop with whats happening at the ground level of the cannabis industry or behind the scenes.

A year ago we published an article warning against the prohibitionist group Project SAM and their not-so-smart approaches to marijuana. Much of the group’s crusade against the cannabis plant has been seeded in the argument that “Big Business” will come into the market and create the second coming of the tobacco industry.

While I don’t share in this fear (because who wants mass produced and processed cannabis that is distributed through gas stations across America?), there is something to be said about the poor ethics that once thrived in “Big Tobacco.” Such a lack of ethics should have no place in the cannabis industry, but they’re knocking on the door.

“We have come too far to allow snakes and scammers to take advantage of the developing industry now.”

Case and point: Kannaway – a “multi-level marketing” scheme designed around the sale of hemp-based CBD products produced by Medical Marijuana Inc. (MJNA). On the surface, it may sound like a dream come true.

“You mean I can make money to sell the ‘sexiest’ vape pen on the market? And I can get in on the ground floor of the opportunity? Tell me more!” Well, don’t get your hopes up… it has all the tell-tales signs of a pyramid scheme.

I could go into detail about the many reasons I believe Kannaway (a company created to capitalize on the increased interest in CBD) crosses ethical boundaries. Instead, I’ll refer you to the Weed Activist’s most recent column, Snake Oil. It should paint a pretty picture of why I (and the cannabis industry at large) will not be supporting Kannaway, or the rest of MJNA’s portfolio in the foreseeable future.

I would have to agree that oversight is much needed in the cannabis industry, if for no other reason than to ensure that businesses aren’t operating with such poor ethics. Where this oversight comes from (the Federal government, State regulations, ourselves) is irrelevant in the grand scheme of things, so long as it happens.

One thing is for sure – we have come too far to allow snakes and scammers to take advantage of the developing industry now.

Interested parties are encouraged to read this article on Seeking Alpha for more information.