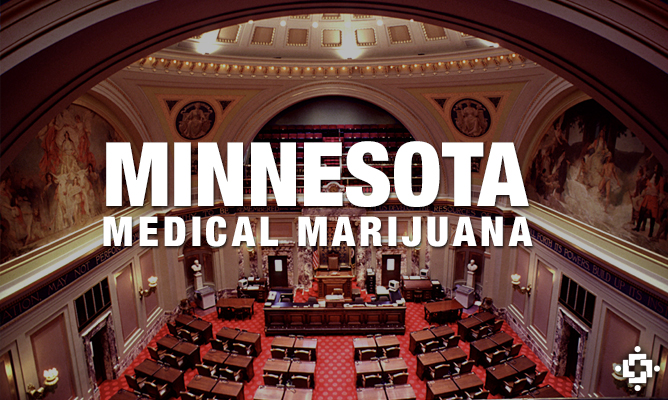 ST. PAUL, MN – Friday marked an important day for medical marijuana advocates and patients in need as the Minnesota Senate Committee on Health, Human Services and Housing approved SF 1641 on a 7-3 bipartisan vote. Two more Senate committees will now consider the bill within the next week to determine the overall outcome.

If passed, SF 1641 would allow patients who suffer from serious illnesses including cancer, HIV/AIDS, glaucoma, epilepsy, and chronic pain to be able to obtain medical marijuana with a doctor’s recommendation. Senator Scott Dibble (DFL-Minneapolis) is the lead sponsor of SF 1641 and is hoping the two other Senate committees to consider the bill next week will approve the measure as well.

“What we’re hoping to achieve is allowing seriously ill patients to access medical marijuana…under a very limited basis, under a fairly strict regiment,” Dibble said during the hearing on Friday.

Heather Azzi, political director for Minnesotans for Compassionate Care, shared her appreciation for the Senate committee’s decision. “We applaud those members of the Senate who are demonstrating leadership on this issue and moving this much-needed legislation forward,” she stated Friday.

Up to 2 ½ ounces of cannabis from a state-licensed dispensary would be allowed for patients under the bill. If passed, the Minnesota Department of Health would issue medical marijuana ID cards to patients with qualifying conditions and create a strictly regulated system of quality control labs and alternative treatment centers.

Originally, the bill was to allow patients who did not reside within 15 miles of an alternative treatment center to be able to grow a limited amount of cannabis within their own homes. However, the bill was amended to remove this proposal.

Governor Mark Dayton (DFL), along with police groups and addiction treatment professionals, had addressed concerns of SF 1641. Instead of passing the medical marijuana, Governor Dayton had suggested that Minnesota should fund clinical trials for patients with seizure disorders.

However, advocates, patients and families of children with seizure disorders voiced their opinions on how the proposal would not be effective whatsoever.

Dr. Sue Sisley, a psychiatrist from the University of Arizona College of Medicine, explained the hardships of cannabis research.

“While clinical studies are important, they are in no way a substitute for a comprehensive law like those that are working in 21 states.” – Dr. Sue Sisley

“During the past five years, I have learned that obtaining federal permission to conduct clinical trials on medical cannabis is a slow, cumbersome process,” Sisley stated. “While clinical studies are important, they are in no way a substitute for a comprehensive law like those that are working in 21 states.”

Sisley, along with the supporters of SF 1641, hopes to sway the opinions of the governor and those in opposition of the bill and show how crucial medicinal cannabis is for patients who could use it to effectively treat their illnesses.

“There is ample evidence that marijuana can safely and effectively relieve debilitating symptoms, including a cancer patient’s nausea and wasting and neuropathic pain. It is time for the state of Minnesota to stop preventing patients from safely accessing this important medicine,” Dr. Sisley said.

According to recent polling, it seems that the majority of Minnesota residents are ready to become the 22nd state to allow medicinal marijuana for patients in need. A survey released in January by the St. Cloud State University showed three out of four Minnesota residents (76%) are in support of medical marijuana legalization in their state.

With a companion bill (HF 1818) in the Minnesota House of Representatives being approved by the Health and Human Services Policy Committee in March, patients and supporters hope these measures will prove to state legislatures and Governor Dayton that Minnesota is ready to join the list of states allowing patients to obtain medical marijuana.

“If the legislature and the governor want to help suffering patients, the way to do so is by enacting SF 1641,” Sisley concludes.