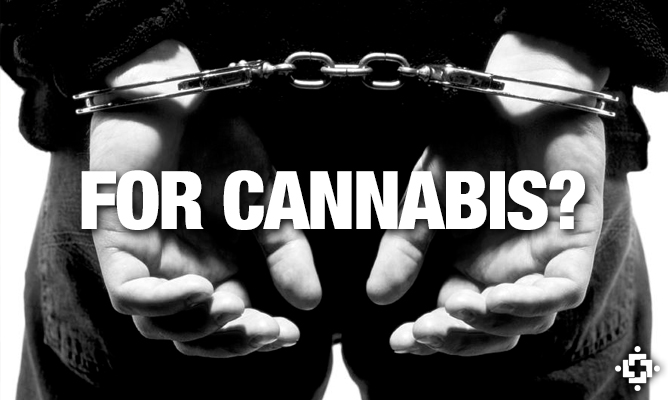 CONCORD, NH – On Tuesday, Marijuana Policy Project (MPP) released a report indicating the collateral consequences that come with cannabis convictions in the state of New Hampshire. The report highlights the troubles associated with New Hampshire’s current laws regarding cannabis possession, and how conviction can drastically affect an individual’s opportunity for academics, employment, and even housing.

Despite the overwhelming 215-92 approval of HB 1625, which stands to decriminalize cannabis, from the New Hampshire House in mid March, and the majority (61%) of New Hampshire residents in favor of the bill, the New Hampshire Senate refused to consider HB 1625, killing the bill for the year.

In light of the Senate’s refusal, MPP released a new report on Tuesday: “Marked for Life: Collateral Sanctions in New Hampshire.” The report was released in an email to state legislators, and copies were presented to House leaders, Senate leaders, and Governor Maggie Hassan’s office.

The report displays eye-opening statistics on the amount of arrests in New Hampshire in 2012 (2,728), and how many of those arrests were for simple possession (2,327). The lifelong effects that these criminal penalties can have on an individual’s future employment, education, housing, etc. are also explored.

“A misdemeanor conviction can absolutely follow a person for the rest of his or her life.” – Mark Sisti

Mark Sisti, a Concord-based criminal defense attorney, recognizes the severe effects of convicting an individual for simple cannabis possession. “A misdemeanor conviction can absolutely follow a person for the rest of his or her life,” he explains.

Sisti goes on to say: “All five other New England states have eliminated criminal penalties for simple marijuana possession and replaced them with a civil fine. New Hampshire should do the same.”

In addition to sending the report to significant state legislators, advocates are calling on members of the New Hampshire House to add the House-approved decriminalization measure (HB 1625) to one or more Senate-approved bills.

Under New Hampshire’s current law, possession of any amount of cannabis is a misdemeanor offense punishable by up to one year of incarceration along with a hefty fine of up to $2,000.

“The Senate wasn’t willing to listen this year, but House rules allow representatives to continue pushing for this sensible reform in 2014.” – Matt Simon

If HB 1625 was passed by the Senate, it would have eliminated criminal penalties for possession of one ounce or less of cannabis, and instead issue civil fines.

“The Senate wasn’t willing to listen this year, but House rules allow representatives to continue pushing for this sensible reform in 2014,” said Matt Simon, New England Political Director at MPP. “We encourage them to do so. It’s not only common sense, it’s what the voters want. Granite Staters are tired of seeing their tax dollars and the state’s limited law enforcement resources wasted on arresting and prosecuting marijuana users.”