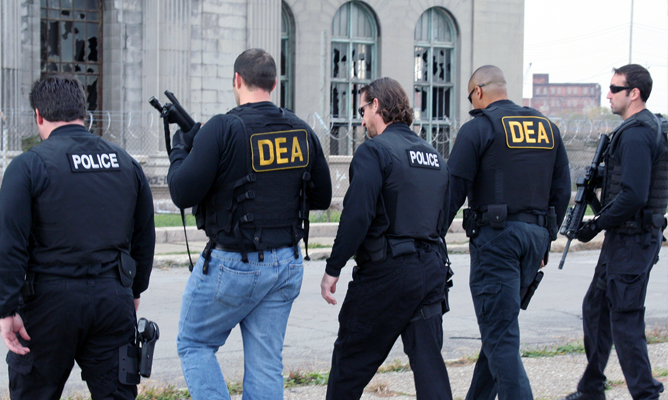 According to a new report released last week by the Drug Policy Alliance and the Multidisciplinary Association for Psychedelic Studies (MAPS), the Drug Enforcement Administration (DEA) has been impartial and has constantly neglected science in regards to cannabis for over 40 years.

In “The DEA: Four Decades of Impeding and Rejecting Science” report, it includes many case studies over the past four decades demonstrating the DEA’s failure to allow research towards cannabis, and a failure of exercising their powers sensibly towards drug scheduling given by the Controlled Substances Act of 1970.

Cases included in the report are as follows:

“The DEA is a police and propaganda agency. It makes no sense for it to be in charge of federal decisions involving scientific research and medical practice.” – Ethan Nadelmann

Despite this, agency administrators have overruled their Administrative Law Judge’s recommendations for three out of the five cases throughout the decades – the first cannabis-rescheduling petition, the case of a researcher trying to find an independent cannabis supply, and also the decision to classify MDMA as a Schedule I drug.

For example, in 1986, the DEA held public hearings on rescheduling cannabis with several witnesses and thousands of pages of documents. DEA Chief Administrative Law Judge, Francis Young, ended up ruling that cannabis should be rescheduled because it failed to meet the criteria to be considered a Schedule I drug. However, DEA Administrator John Lawn overruled Young’s decision.

The DPA report also shows that the DEA has created a “regulatory Catch-22.” For over 40 years, the DEA has continued to argue that there is not enough evidence in order to support the idea of rescheduling cannabis or utilizing it as a medicine.

“Through the use of such tactics, the DEA has consistently demonstrated that it is more interested in maintaining existing drug laws than in making important drug control decisions based on scientific evidence,” the report states. Because of this, cannabis has remained a Schedule I drug alongside with heroin, LSD and other drugs that have “no currently accepted medical use” and “a high potential for abuse.”

Commenting on the DEA and its actions is Ethan Nadelmann, Executive Director of the Drug Policy Alliance. “The DEA is a police and propaganda agency,” he says. “It makes no sense for it to be in charge of federal decisions involving scientific research and medical practice.”

Report Proves DEA Has Ability To Move Swiftly If Needed

Despite the inability of the DEA to be able to act in a timely manner towards rescheduling consideration, the report declares that the DEA can act quickly in the case of banning drugs. The report includes a few examples to substantiate its claim.

In 1982, MDMA was recognized by the DEA, and Senator Lloyd Bentsen from Texas requested the DEA to schedule it by 1984. By March of 1984, the DEA began the process to schedule MDMA, and the DEA announced its intent to schedule MDMA as a Schedule I drug just 4 four months later. Despite strong opposition, the drug was fully banned by 1986.

Synthetic cannabinoids found in “Spice” or “K-2” has had a history of causing dangerous side effects, and even the possibility of fatality. They began to get attention in the U.S. during 2009. Some states decided to ban them the following year in 2010, the same year the DEA named synthetic cannabinoid JWH-018 to be a “drug of concern” after there was an increase in people suffering from the ill effects.

Republican Senator Orrin Hatch of Utah sent a letter to the DEA in November of 2010 claiming that his state’s youth was using synthetic cannabinoids “at epidemic proportions.” He pleaded the DEA to “exercise its emergency scheduling authority to classify Spice as a Schedule I substance.”

“The DEA has obstructed research into the medical use of marijuana for over 40 years and in the process has caused immeasurable suffering that would otherwise have been treated by low-cost, low-risk generic marijuana.” – Rick Doblin

Although the DEA seemed to move quickly to utilize their powers in banning these drugs, the report proves cannabis to be quite a different story with how research has been impeded. However, opposition to the DEA’s actions has become much stronger than ever before, as seen with the recent House approval of the Rohrabacher amendment.

“The DEA has obstructed research into the medical use of marijuana for over 40 years and in the process has caused immeasurable suffering that would otherwise have been treated by low-cost, low-risk generic marijuana,” said Rick Doblin, Executive Director of MAPS. “The DEA’s obstruction of the FDA approval process for marijuana has — to the DEA’s dismay — unintentionally catalyzed state-level medical marijuana reforms.”

Founded in 1986, the Multidisciplinary Association for Psychedelic Studies (MAPS) is a 501(c)(3) non-profit research and educational organization that develops medical, legal, and cultural contexts for people to benefit from the careful uses of psychedelics …