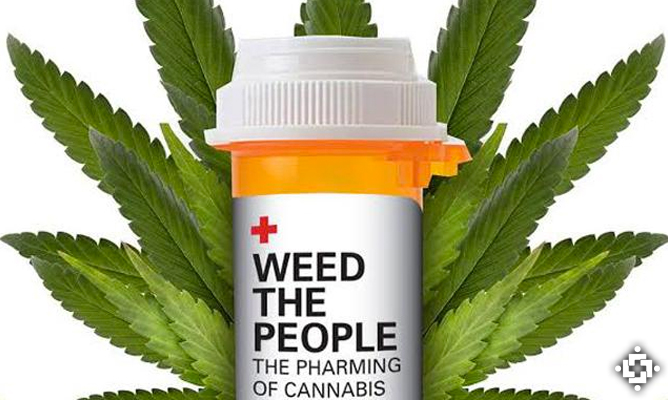 The growing use of cannabis extracts to treat cancer and other diseases has attracted many notable supporters, such as Dr. Sanjay Gupta with his epilepsy-centered CNN documentaries. A new documentary specifically focused on cancer called Weed the People is currently in production, and intimately examines several family’s efforts to use cannabis extracts to overcome various cancers.

Weed the People is a project of Ricki Lake and Abby Epstein. Ricki is well known for her 1990s talk show and several acting roles. She is now interested in documentary filmmaking, and worked with Abby on the 2008 film The Business of Being Born. This experience prepared both individuals for their largely unexpected foray into the world of cannabis medicine.

Ricki became interested in cannabis after a young fan with an incurable condition reached out to her. In an effort to help, Ricki began researching potential treatments. Her husband was concurrently looking into cannabidiol (CBD) as an option for his grandfather’s bone cancer.

The vision for the film was not initially clear – Ricki knew she was onto something, and was filming bits and pieces of things as she came across them. The sit-down with Dr. Courtney took place eighteen months ago and was the first footage. Ricki eventually met Mara Gordon, John Malanca, and Mike Hyde, who helped show her more about the world of cannabis extract medicine.

The film’s vision crystallized when Ricki was connected to Sophie Ryan, a young patient with a rare form of cancer known as optic pathway glioma. Ricki decided to document Sophie’s progress with cannabis oil treatment. She also was introduced to Chico Ryder, who suffered from rhabdomyosarcoma. These two patients became the focus of Weed the People.

The results Sophie and Chico have experienced are undeniably remarkable’ chemotherapy is traditionally not effective in shrinking the tumor, only potentially stabilizing it. However, with cannabis extracts added, as of May 8th, 2014 Sophie’s tumor has shrunken by 41%, and a cyst has decreased 50%.

Also of note, the doctors said Sophie would 100% lose vision in her left eye, and that vision in the right eye would also likely be compromised. Recent tests show both eyes are looking better than ever, and the left eye is actually stronger than the right.

Chico has been in full remission since at least May 5th, 2014. His family feels very strongly that cannabis oil was critical in his recovery, due to the complexity of Chico’s particular cancer and his personal experience.

Weed the People Video for Indiegogo from Ricki Lake and Abby Epstein on Vimeo.

Other Aspects Of The Film

While pediatric cancer is the primary concern of the documentary, adult cases will also be featured. There will also be discussion of the science surrounding cannabis medicine, and interviews with top doctors

In addition to Dr. William Courtney, Dr. Sunil Aggarwal is also featured, who has done excellent work in the field of cannabis science and has worked with top doctors like Dr. Donald Abrams and Dr. Lester Grinspoon.

For the widest perspective, many individuals involved in the cannabis extract movement will be featured. John Malanca of United Patients Group is interviewed, as his organization does critical work connecting families with providers of cannabis medicine. His father-in-law is also a well known patient who overcame terminal lung and brain cancer with cannabis extract treatment, and a March 20th, 2014 update on the UPG blog reported his continued good health.

Weed the People was introduced to the public in a March 18th, 2014 Yahoo Movies article. It has also been written about in The Huffington Post discussed on Entertainment Tonight.

People can follow progress of the film at its Facebook page. Ricki has invested sizable amounts of her own money into production and now requires financial assistance from the public to make this documentary a reality. Those who wish to make a contribution may do so here.