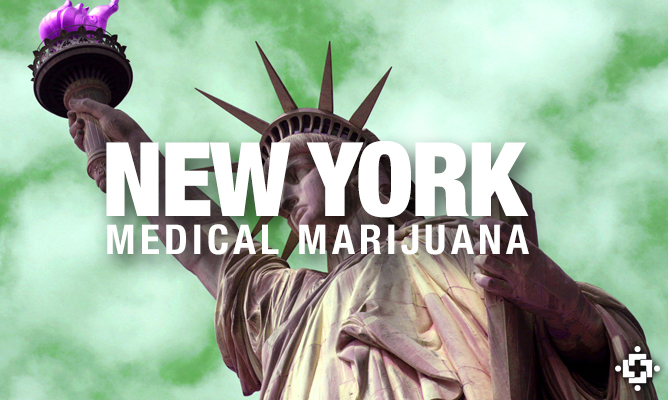 ALBANY, N.Y. — The New York Senate passed a bill this week legalizing the use of medical marijuana for New Yorkers with debilitating illnesses. However, the agreement comes with a catch – or a few – so to speak.

18 Months To Get The Job Done

Governor Andrew Cuomo is expected to sign the bill, and once he does it will immediately kickstart an 18 month growth process for a seven year medical cannabis pilot program.

In those 18 months, the State Health Department is expected to name the entities needed to regulate NY’s medical marijuana, establish five state-sanctioned businesses to cultivate the medicine (each with up to four dispensaries), and also set requirements and establish training for doctors willing to take part in the program. The department can add more illnesses to the list of qualifying conditions in this time as well.

“Patients in New York can expect a 7 percent tax on the medicine they purchase.”

Once the program is up and running, patients in New York can expect a 7 percent tax on the medicine they purchase. 22 percent of the revenue generated will go to the counties the dispensaries are located in.

A provision included will also allow Gov. Cuomo the ability to “pull the plug” on the program, at any time, if he feels public health and safety are at risk.

The way New Yorkers consume their medical marijuana will meet further restrictions. Similar to strict medical marijuana laws seen in Minnesota, New York Legislators agreed to ban smoking cannabis. Instead, vaporization is favored as the ideal vehicle of administration. That being said, patients are still able to consume marijuana through edibles and tinctures.

“We strongly believe that the decision about the mode of administration for any medication should be left up to doctor[s] and their patients.” -Gabriel Sayegh

Smoking cannabis, although deemed an unhealthier way to deliver cannabinoids to your system, is a much cheaper way to alleviate pain. Medical cannabis supporters have argued that vaporizers are not easily accessible, and in fact may leave many low-income patients in the dust.

“We strongly believe that the decision about the mode of administration for any medication should be left up to doctor[s] and their patients.” says Gabriel Seyegh for the Drug Policy Alliance.

New Yorkers Patients Will Get Their Care

Despite initial concerns, advocates agree that New York is taking the right steps to getting care to those in need. “New York has finally done something significant for thousands of patients who are suffering and need relief now,” says Seyegh, “They will benefit from this compromise.”

Already having agreed to sign the bill, Mr. Cuomo acknowledges the medicinal benefits of marijuana. “There are certainly significant medicinal benefits that can be garnered; at the same time, It’s a difficult issue because there are also risk that have to be averted,” Cuomo explains. “We believe this bill strikes the right balance.”