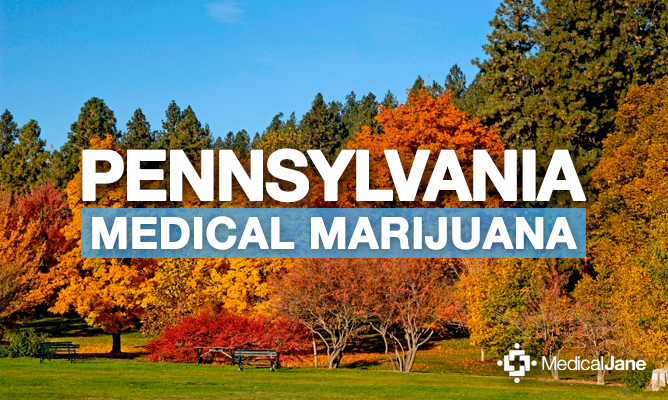 HARRISBURG, PA — A few days after passing a decriminalization law in Philadelphia, the Pennsylvania Senate Law and Justice Committee voted unanimously in favor of SB 1182, a bipartisan medical marijuana bill.

SB 1182 – The Compassionate Use of Medical Cannabis Act – would allow patients in Pennsylvania to use medical marijuana to treat their symptoms, as long as they have a recommendation from a reputable physician. Introduced by state Senator Mike Folmer (R) back in January, bill is now making its way through the Pennsylvania State Senate.

“I believe under the guidance of a medical professional, patients should have every opportunity to combat their illness and have the liberty and ability to use cannabis as their weapon in their arsenal of treatment.” – Sen. Mike Folmer (R)

Following in the the footsteps of other new states to legalize medical marijuana, such as Minnesota and New York, Pennsylvania will disallow smoked cannabis; vaporization will be allowed, however. Other forms of medicine are still available, like edibles, ointments, and tinctures. There are also restrictions on home cultivation.

“I believe under the guidance of a medical professional, patients should have every opportunity to combat their illness and have the liberty and ability to use cannabis as their weapon in their arsenal of treatment.” says Folmer in a statement on his website.

Senator Jim Ferlo (D) also supports the promising bill. “The number one priority of the Senate Bill 1182 is patient care and compassion, and the bipartisan bill that we crafted certainly reflects that,” he explains.

Governor Tom Corbett (R) has shared his opposition previously, stating that he will veto the bill if it comes to his desk. Sen. Folmer is confident, however, that they will have enough votes to override the Governors veto.

Senator Daylin Leach (D), another co-sponsor of the bill, says he will not take no for an answer. “We hope the governor is on board and engaged,” Leach explains, “but if he is not, we will pass it despite him.”

With November’s elections nearing, data suggest that Tom Wolf (D), Corbett’s opponent and medical marijuana supporter, leads by a 47% to 25% margin. The poll also indicates that only one in four registered Pennsylvania voters approve of Corbett’s performance to date.

SB 1182 Must Wait Until After Summer For Vote

The problem lies in the GOP, where you will find the most resistance. Although SB 1182 was expected to be voted on before the summer recess, the Senate GOP leadership decided against bringing the bill up for vote.

“The seizures don’t wait for the fall session to start again.” Cara Salemme

“The seizures don’t wait for the fall session to start again,” she explains, referring to the 500 to 700 seizures many epileptic patients experience. “Ignoring human suffering as a means to advance agenda is the biggest abuse of power I can imagine. Families of ill children and adults across Pennsylvania got lost in negotiations.”

84 percent of Pennsylvanians are in favor of legalizing medical marijuana for medicinal purposes, according to the latest poll by the Franklin and Marshall College. An earlier poll conducted in March by Quinnipiac University came out with similar results. With that said, there’s a distinct correlation suggesting that public opinion of medical marijuana is changing.