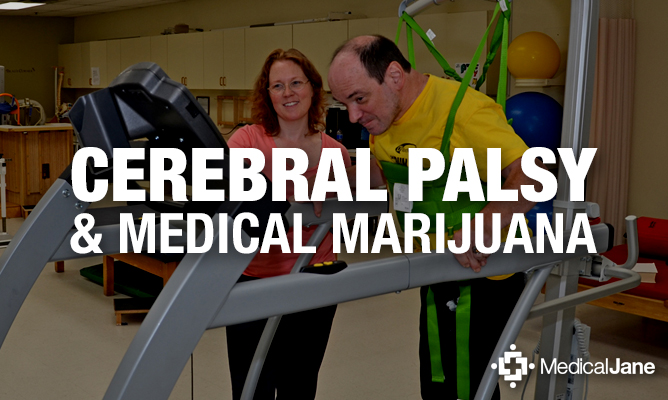 What Is Cerebral Palsy (CP)?

Cerebral palsy (CP) is an incurable disorder of brain development, generally manifesting by the age of 3. It leads to various signs and symptoms, including difficulties in controlling movement (i.e. dysfunction in coordination, precision, and posture, spasticity/”stiff or tight muscles and exaggerated reflexes”, changes in muscle tone or reflexes, weakness, shaking/tremor).

The exact cause of cerebral palsy in each individual case is somewhat unknown, although there are strong probable causes such as bleeding in the brain, lack of oxygen delivery to the brain, damage as a result of trauma, and infections.

To date, no high-quality evidence (e.g. results from studies using double-blinding, a placebo control, and/or randomization) has been gathered assessing the effects of medical cannabis on patients with cerebral palsy. However, the potential for cannabis as medicine for patients with cerebral palsy has been explored in some measure in the medical community with promising results.

“Data has been gathered evidencing the efficacy of strains of cannabis with varying cannabinoid ratios in controlling symptoms of cerebral palsy.”

In a survey study on pain treatments used by patients with cerebral calsy, the researchers found, “The treatment that was rated as providing the most relief was marijuana; however, less than 5% of the sample reported ever using this drug for pain.”

One case study published in the Reviews in Neurological Diseases found that a 45-year old man with cerebral palsy and epilepsy showed “marked improvement with the use of marijuana”.

Additionally and importantly, data has been gathered on other conditions (such as multiple sclerosis), evidencing the potential efficacy of cannabis in controlling symptoms often experienced by patients with cerebral palsy, including spasticity, neuropathic pain, chronic pain, sleep disturbance, and seizures.

While definitive cause-effect relationships cannot be evaluated by case studies, and self-reported improvements can potentially be caused by the “placebo effect”, anecdotal evidence gathered from patients struggling with cerebral palsy should be strongly considered. Although anecdotal evidence and self-reports cannot be used as factual evidence, due to the real-world significance of patient evaluation in assessing and determining clinical improvements in symptoms such as spasticity and pain, patients’ self-reports should not be discounted by medical professionals.

In most cases and under medical supervision, the safety profile of whole-plant cannabis allows for safe experimentation by adult patients seeking relief that may be provided by cannabis use. The following videos detail the personal stories of individuals with cerebral palsy who have found benefit from medical cannabis use.

“Medical cannabis may be a potential add-on treatment option for the control of symptoms for patients with intractable symptoms which result from cerebral palsy.”

Cannabis has shown medical efficacy for symptoms such as spasticity, pain, and sleep disturbance in other conditions, and anecdotal evidence provides additional support for its use as a treatment option for cerebral palsy symptoms.

Given that cerebral palsy patients with intractable symptoms often need to explore other options when standard therapies fail, and that cannabis has a relatively low side-effect profile which allows for low-risk experimentation in most cases (under medical guidance), medical cannabis may be a potential add-on treatment option. More high-quality research needs to be conducted in order to assess whether or not cannabis is an effective treatment option for patients with cerebral palsy.