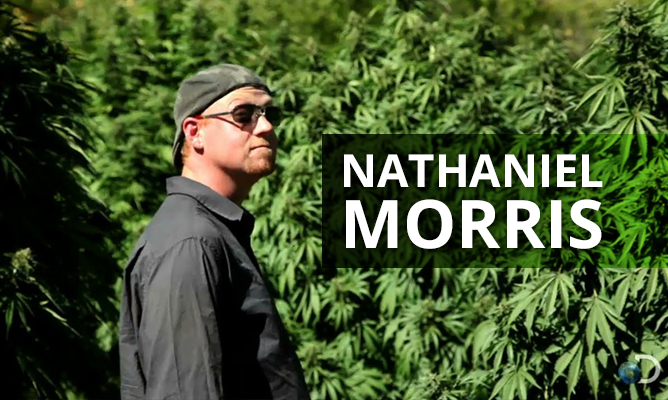 Much like myself, Nathaniel Morris is a redhead with a real thirst for knowledge and developing connections with others. For the year that I’ve known him, he’s shown himself to be a gracious, caring individual who wishes to impart knowledge and absorb it as often as possible.

Nate has been growing cannabis since he was 12 years old and has earned his position as one of the world’s most known cannabis connoisseurs. He is most famous for his television roles on PBS and the Discovery Channel show, Weed Country, where he helped treat a child’s epilepsy with cannabis oil high in cannabidiol (CBD).

As a leading expert in cannabis cultivation and politics, his thoughts are always intriguing and seemingly at the forefront of the medical cannabis movement. When I asked him to describe his relationship with cannabis, you’ll see that it’s not quite what most people would expect.

According to Nathaniel, plants and animals have always been his primary focus. His love for cannabis goes down to a biological level and has shaped his career as a cannabis expert and activist.

“I’ve always been a science geek, ever since I was a little kid,” Nathaniel explains. “Before I started growing cannabis, I was growing other plants and I was collecting algae. I have always been interested in botany, plant medicine, animals, microbial life, and soil, all of that.”

Morris explains that he was fortunate enough to grow up during the period in our history when we rediscovered cannabis as a medicine and a plant in general. “I grew up in Canada and I remember sending away for seeds at Marc Emery seed bank,” he told me. “I remember reading about the Smiths in HIGH TIMES. I remember when they discovered the endocannabinoid system. I remember when they discovered all these links between cancer treatments and cannabis. I’ve been closely following the developments of science this whole time; it’s kind of exploding now, but I feel like I’ve gotten a front row seat to this golden age of this medicine.”

“Before I started growing cannabis, I was growing other plants and I was collecting algae. I have always been interested in botany, plant medicine, animals, microbial life, and soil, all of that.”

As a scientist, Nathaniel is personally interested in following the latest global research, and he is a powerful force in terms of sharing information about the benefits of cannabis online. He regularly shares his findings both in his YouTube series, The Cannabinoid Chronicles and on his personal website.

All that being said, Morris says that cannabis hasn’t been the sole focus in his life. He used to work with exotic animals in a private zoo and has taught biology in both Canada and the US.

“When I started really focusing on cannabis as a career, I took a lot of my public speaking and educational skills and applied that to the Cannabis science,” Nathaniel explains. “As the internet became much more popular, I started getting more and more people reaching out for advice on their grows and plant biology.”

Life As A Cannabis Activist: Rewards and Sacrifices

With the prohibition and demonization of cannabis over the years, it only makes sense that families might have reservations about their children working in the industry; the Morris family was no exception. At age 16, Nathaniel was busted for growing cannabis, and his parents were not pleased. It wasn’t until much later in life that they saw the positive effect he was having.

“There’s a lot of eye-opening stories and people’s lives that have been turned around, so at this point it’s pretty hard to pass too much judgment,” Nathaniel explains. “I definitely have their support at this time, but its tough and I don’t blame them. Back before this was recognized as a serious medicine, you have this teenager who is just really interested in growing cannabis and breaking the law, you’d kind of have to be crazy to support that.”

Describing how the perception of his parents and law enforcement has affected his decision to go public as a cannabis activist, Morris had the following to say: “It’s something I’ve had to wrestle with this whole time. Even in recent years, I made the choice to go on national television – I did that with my eyes wide open. I thought there was a better than 50% chance that I would wind up in jail. Before that, I was on PBS and almost everybody told me I was going to go for jail for that. Then I did a consulting project with George Washington University, which was commissioned by the federal government. They used my quotes directly to send to the federal government, so I’ve stuck my neck out a lot. Once you’re on the radar, there isn’t any point to backing down at that point, so it just becomes this escalating commitment of a cause. There have been plenty of times when I’ve woken up in the middle of the night wondering what I’m doing.”

Morris goes on to explain that he realizes there are people that came before him who had to risk their freedom in a time when they would lock you up and throw away the key for growing cannabis. “What those people have done blows what I’ve done out of the water,” he says.

Who Is Nathaniel Morris?

Nathaniel hasn’t had a time in his life since he was 12 that he wasn’t actively involved in cannabis farming in some form of another.

“I am a biology geek and I was working at a private zoo and at nighttime, I had a business taking care of people’s aquariums. The aquarium business is basically bought and paid for by the stoner community. People love to get high and stare blankly at fishtanks. I started taking care of some fishtanks for a couple dispensaries which very quickly led to, ‘Hey, could you help me set up a grow?'”

“There’s never been a point where I haven’t been actively involved in someone’s garden. I moved from Canada to Southern California when I was 20 years old and that was right around the time when Prop 215 passed and California was the first medical state. It was slow to take on at first, but I remained optimistic.”

Nathan continues, “Then there was this crazy tipping point where a couple dispensaries opened and then a couple more and a couple people went and got medical cards. And before you knew it was like, ‘Did you hear you can buy weed in stores now?’ Then doctor recommendations quickly went from $300 to $200 to $100 to under $50 today. All of a sudden there were more dispensaries than Starbucks in Los Angeles.”

He goes on to say, “When I made the journey out to Humboldt, I moved into this remote mountain community that had hundreds of cannabis farms. As a researcher, people would invite me over basically to just show me what they have going to get an opinion. After getting to see one farmer after another, was when I really started to really get a deeper understanding of how the plant worked. There is just a lot of insights that I couldn’t get while I was growing out of people’s closets or out of one room.”

According to Morris, he originally agreed to do the Discovery Channel [special] to talk about cancer. However, the pediatric epilepsy storyline presented itself during filming and he believed it was more gripping.

“I feel like the recent surge of awareness is incredibly compelling and important,” he explains. “When I had the chance to help raise awareness about the pediatric application, I saw that as potentially game-changing event; I think Sanjay Gupta saw the same thing, and [his public statement in favor of cannabis] came out later that year.”

Morris notes that the recent stream of success stories from parents of special needs children have been a great help in changing the negative perceptions about cannabis. “A lot of what works against us is this notion that all the activists have ulterior motives,” he explains. “That just goes away when you’re talking about special needs children. There’s no ulterior motive there; they go from having seizures to not having seizures.”

Bringing everything full circle, Morris said he believes another “game-changer” could be on its way, this time in regards to cancer. “After all the unbelievably compelling evidence of cannabis being able to treat pediatric epilepsy, the science behind that in terms of what a doctor would recognize, is much more compelling in cancer than in pediatric epilepsy,” he explained. “You can’t do in vitro cultures of pediatric epilepsy the way you can culture human cancers and then expose them to cannabinoids. So there is way more hard data documenting cannabis as a cancer treatment than you may think.” 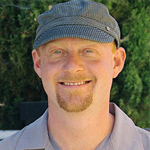 Nate grew up in Canada where he first began farming and researching medicinal cannabis. In his early twenties, he moved to California where he made a career researching and breeding cannabis, as well as other …