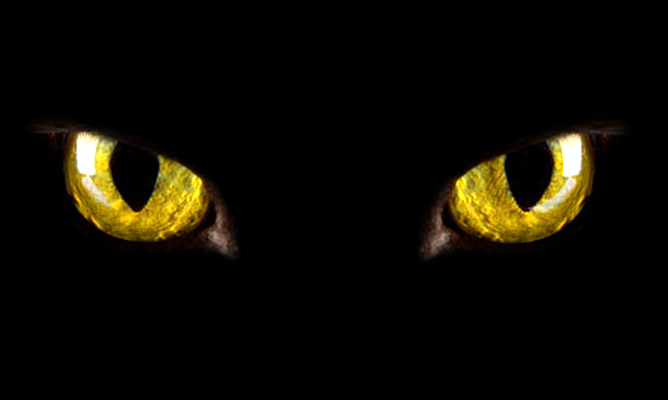 The Big Companies Are Watching Consumer Products Like Hawks… BEWARE!

by Nanette Porter on September 13, 2014
ShareTweet

Everyone deals with trademarks on a daily basis. Trademarks are everywhere. They are in your kitchen, in your bathroom, in newspapers, in magazines, in restaurants, in department stores, on television, on radio — even on benches and buses. As consumers, our purchasing decisions are constantly influenced by trademarks. Everyday each of us encounters hundreds of trademarks. A trip to a grocery store or mall will put you in contact with thousands of trademarks in just one visit. As business people, we need a better understanding of why trademarks are so important to effective commerce and how to protect ourselves.

First it was Conscious Care Cooperative and TinctureBell. Hershey, the national candy company, didn’t like the names Reefer’s Peanut Butter Cups, Mr. Dankbar, Ganja Joy, Dabby Patty and Hasheath bars, alleging the names were too similar to their own Reese’s, Mr. Goodbar, Almond Joy, York Peppermint Pattie and Heath. Most recently, Venice Cookie Company found itself in a conflict with Tootsie Roll Industries.

After receiving a letter demanding they quit selling their chocolate chews under the name “Tai’s Cute lil’ Tootsies,” the Venice Cookie Co. quickly got to work on rebranding their product as “The 4.20 Bite.”

Do consumers really believe Hershey or Tootsie Roll Industries is making marijuana-infused candy? I don’t think so, and I don’t think these companies do either. However, the simple fact that consumers will seek out certain products, or even avoid certain products, depending on the trademark, creates a strong argument for brands looking to protect their pre-existing trademarks.

When determining likelihood of confusion, courts use several factors derived from a 1961 case. Polaroid Corp. v. Polarad Elecs. Corp., 287 F.2d 492 (2d Cir. 1961). These factors, sometimes known as the “Polaroid factors” may vary slightly as federal courts apply them throughout the country. The factors are intended as a guide. Let’s break down a few.

A mark is “weak” if it is descriptive and has not acquired sufficient secondary meaning. A mark is “strong” when it has acquired secondary meaning, or if it is arbitrary, fanciful or suggestive. Let’s face it who hasn’t used the word “tootsies” to refer to toes. Kenny Morrison, co-founder of The Venice Cookie Company even says he was inspired to make this product when he saw cute lil’ baby toes. I know I personally say “tootsies” when I see cute, little baby feet. It makes perfect sense to me why The Venice Cookie Company would pick the term “tootsies.” Look at the chews, they look like fat, pudgy toes.

As a general rule, marks must be compared in their entirety, including appearance, sound, connotation, and commercial impression. OK, I’ll give Tootsie Rolls a little weight on this one. TOOTSIE versus TOOTSIES. Tootsie Roll Industries was fortunate that Stern & Saalberg Company realized the value of trademarks and obtained a federal registration for the mark TOOTSIE back in 1909. Title eventually ended up in the name of Tootsie Roll Industries, although it is not clear how from the chain of title recorded at the United States Patent & Trademark Office. Tootsie Roll Industries has since registered the mark TOOTSIE in other formats and for various goods. I wonder how many people actually refer to the candy as TOOTSIE separate and apart from “ROLL.” If I want a piece of the candy, I say give me a Tootsie Roll.

The standard of infringement is whether an ordinary prudent purchaser would be likely to purchase one product, believing he was purchasing the other. In other words, would TOOTSIES (especially used in close proximity with Tai’s Cute ‘lil) when used for cannabis-infused chocolate chews be confused with TOOTSIE candy. As a general rule, a trademark owner can use an identical or similar mark as long it is on completely dissimilar goods. For example, the use of the mark Lexus on automobiles was determined not to confuse consumers of the Lexis database services. The issue here appears to be that both companies are selling chocolate food products. But anyone who is familiar with the cannabis industry knows that none of the big guys are making cannabis-infused products. Advertising and distribution channels are not similar either. One could also argue that the Venice product is a medicine not a candy.

Proof of actual confusion is not essential in determining trademark infringement. However, such evidence may be compelling in an infringement case. We know Tootsie Rolls has been selling its product since as early as 1909. Venice Cookie has been selling its product for several years. Why did it take years for Tootsie Rolls to complain? I suspect that it wasn’t until the internet made it easier for Tootsie Rolls to find Venice Cookie’s product that they took notice. Unfortunately, the internet is a two-edged sword. I find it very unlikely that anyone actually complained to Tootsie Rolls that they were confused.

Although intent is not essential in proving infringement, it is a relevant factor. According to the Restatement of Trademarks, it is appropriate to consider intent because a party intending to cause confusion will generally be successful in doing so. Direct evidence of the competitor’s intention to deceive is usually unavailable and the complaining party must depend on circumstantial evidence such as how the competitor’s mark was chosen. The co-founder of Venice Cookie has already told us how he chose the mark. Remember those cute pudgy baby toes.

What is the likelihood that the senior user will bridge the gap. If it is probable that the senior user will expand into the junior user’s product area, the more likely there will be confusion. This basically means is it probable Tootsie Rolls Industries will sell cannabis-infused products. Who knows, maybe someday companies like Tootsie Rolls will make products in the industry, but I don’t see that happening any time soon.

The degree of care a consumer takes in making purchases varies according to the purchase. For example, someone buying an expensive item is more likely to be discriminating and is less likely to be confused as to similar marks. The theory here is that you buy expensive items less frequently. Under this theory, the courts require a more substantial showing of similarity to justify a claim of likelihood of confusion. The same is true for items purchased by “sophisticated buyers,” such as doctors, avid hobbyists, interior decorators, realtors, etc., who arrive at the purchasing point already knowledgeable about the goods. A sophisticated buyer is less likely to be confused because of their superior knowledge as to purchasing decisions.

An “ordinary purchaser,” particularly one that buys inexpensive items on impulse is considered the most likely to be confused by similar marks. It would be an interesting argument to make that a MMJ patient falls in the category of a “sophisticated buyer.” Unlike the ordinary purchaser who quickly scans the shelves at a supermarket and impulsively buys a box of candy without realizing that he bought the wrong one and was confused as to the choice of brands, a MMJ patient arrives at a dispensary already knowledgeable about the goods he wants to purchase or is educated by the budtender before making a buying decision. There is also a significant difference in price between an ordinary piece of candy and MMJ edible.

Did Venice Cookie Company really need to change its product’s name? You decide for yourself… but I know where I stand. I think it would have been a very interesting case to see litigated. I understand why they didn’t fight. Trademark litigation is expensive and time-consuming, with no guarantee how it will be decided in the end, and entrepreneurs and start-ups can’t afford to take the risk most of the time. One thing is for certain, there will likely be many more trademark battles to come as the industry takes shape.

My tootsies are cold. I need to get a pair of socks. 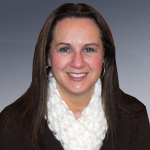 Nanette Porter served the corporate legal community for over 20 years as a trademark paralegal specialist. The role combined global research and asset management. Unfortunately, Nanette’s medical condition worsened and was forced to leave the …