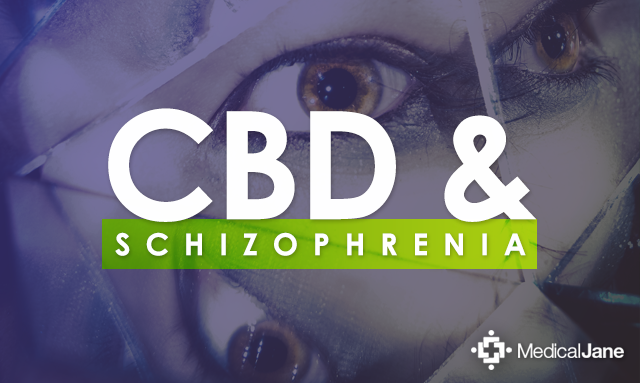 Systematic Review: Cannabidiol (CBD) in the Management of Schizophrenia

A recent systematic review published in Schizophrenia Research in March 2015 finds that the use of cannabidiol (CBD), a phytocannabinoid (i.e. a cannabinoid found in the cannabis plant) may be helpful in the management of psychotic symptoms (which are characterized by a “loss of contact with reality”), such as those experienced by individuals with schizophrenia.

Schizophrenia is a psychotic mental health disorder (one characterized by “abnormal thinking and perception”) with co-occurring changes in mood and behavior. Symptomsmay include:

While the exact cause of schizophrenia is not fully understood, the evidence that is currently available shows that it is likely the result of a mix of genetic predisposition (i.e it ‘runs in the family’) and environmental factors (e.g. certain viral infections, immune dysfunction, stress, malnutrition in utero [i.e. before birth]). This results in modified signaling of dopamine and serotonin (neurotransmitters– compounds that modulate the stimulation of neurons [i.e. specialized cells of the nervous system that communicate with each other, resulting in thinking, remembering, moving, etc.]).

Conventional antipsychotics have mild and severe side effects, which include “dry mouth, blurred vision, constipation, drowsiness and dizziness which usually disappear after a few weeks to more serious side effects such as trouble with muscle control, pacing, tremors and facial ticks”. Newer atypical antipsychotics have fewer side effects, but can still cause weight gain, tremors (i.e. repetitive tightening/loosening of muscles; shaking), rigidity (i.e. inability to move or difficulty performing movement), spasms (i.e. sudden contraction/tightening of muscles).

For this reason, development of safe, effective medications for patients with schizophrenia that have few side effects is essential for helping to increase patient compliance, which will lead to increased ease for patients in managing symptoms long-term.

Findings of the Review

Researchers found that cannabidiol may be useful in preventing or modulating:

The conclusion of this review adds to increasing evidence that targeted and controlled modulation of the endocannabinoid system may help to reduce symptoms of psychotic disorders like schizophrenia. For example, another review published in January 2014 in European Neuropsychopharmacology also found that cannabidiol may be useful as an antipsychotic agent.

There is currently little compelling evidence to support the stance that the use of whole-plant cannabis causes mental illness (e.g. it is possible that associations found between cannabis use and psychotic symptoms may be the result of a tendency for individuals predisposed to psychosis to self-medicate with cannabis, rather than the result of cannabis use causing the disorder). However, long-term whole-plant cannabis, especially varietals with higher concentrations of THC, may cause (1) early onset in predisposed individuals or (2) exacerbation of psychotic symptoms. Additionally, studies have found that patients with schizophrenia have increased cannabinoid levels in their spinalfluid and increased cannabinoidsignaling in certain areas of the brain as a result of an increased number of cannabinoidreceptors. Therefore, inhibition of some of these pathways may also be beneficial for patients.

For this group of 8 studies, researchers found that in general, “use of cannabis with high CBD content is associated with significantly fewer positive symptoms such as delusions and hallucinations, better cognitive function and both lower risk for developing psychosis as well as a later age of onset of the illness compared to cannabis with low CBD/THC ratios.

From the seven studies in this group, the authors concluded, “Altogether, neuropsychological studies with CBD administration in healthy volunteers indicate that CBD has the ability to attenuate [i.e. reduce] acute psychotic and anxiogenic [i.e. anxiety-causing] effects as well as cognitive [i.e. thinking, judging, attention, planning, etc.] impairment induced [i.e. caused] by the administration of THC.”

However, in one study, administration of ketamine (a medication that induces schizophrenia-like symptoms) after pre-treatment with 600 mg CBD trended towards a decrease the psychotic symptom known as “depersonalization” (i.e. a lack of or modified attachment to reality; individual feels that they are unable to control their behavior; may feel that they are in a dream) but increased psychomotor activity (i.e. learned, controlled movements) in participants. Best results were noted when THC and CBD were administered together, rather than when there was pre-treatment with CBD. Also, studies varied in:

These factors limit the ability to fully interpret these findings and make generalizations about CBD/THC administration on psychotic symptoms. However, it is important to note that use of only CBD (without THC) was well-tolerated and resulted in:

There were nine studies in this category: three performed with EEGs (monitoring of electrical brain activity) and six performed with fMRI (magnetic imaging that detects changes in blood flow).

Regarding the fMRI studies of healthy participants, the authors noted that with CBD administration, although there were trends towards (1) less anxiety in participants while emotional processing information and (2) faster reaction time while performing an attention task, it did not have any effect on actual task performance or experience of psychotic-type symptoms. It was also found that CBD and THC seemed to have opposite effects on certain portions of the brain involved in modulating hearing, sight, attention, and anxiety, which may explain why THC may exacerbate psychotic symptoms while CBD may prevent or dampen them.

Analysis of five small-scale studies with humans as participants led the researchers to note that patients appeared to “exhibit significant clinical improvement after four weeks of CBD treatment”. In one small-scale trial with 28 individuals with schizophrenia, attention (which can be reduced in schizophrenia) improved more in individuals taking the placebo and 300 mg CBD than in those taking 600 mg CBD (i.e. CBD may have had no impact, and higher CBD resulted in decreased performance compared even to placebo) and there was no impact on schizophrenia symptoms.

However, in a small, double-blind, randomized clinical trial (a type of study likely to produce relatively accurate results), researchers found that when administered separately, the administration of cannabidiol and amisulpride (a conventional antipsychotic) both resulted in statistically significant improvements (i.e. it is unlikely that the results occurred by chance) in symptoms as measured by the PANSS (a measure for schizophrenia symptoms) and the BPRS (a measure for various mental health symptoms, including hallucinations, anxiety, and abnormal behavior). It was also importantly noted by authors that the side effect profile of cannabidiol (i.e. “tolerability”/safety) was “markedly superior” to that of amisulpride.

According to the researchers, “The first small-scale clinical studies with CBD treatment of patients with psychotic symptoms further confirm the potential of CBD as an effective, safe and well-tolerated antipsychotic compound, although large randomised clinical trials [i.e. the “gold standard” for clinical research studies, likely to produce the most accurate results] will be needed before this novel therapy can be introduced into clinical practice.”

Increased research will help to clarify (1) whether or not standardized doses of certain cannabinoids (including phytocannabinoids like cannabidiol) are useful in the prevention/management of psychotic symptoms, if so, (2) which ratios of cannabinoids, timing patterns, and delivery methods are best for the management of psychotic symptoms for patients with disorders like schizophrenia. Moving cannabis out of the inappropriate Schedule I classification will help to increase research on cannabinoids in the United States (see below for more details on how you can get involved).

Disclaimer: Although there is no compelling evidence to support the idea that the use of whole-plant, raw cannabis causes schizophrenia or psychotic symptoms, it is very important to note that use of whole-plant cannabis, especially with higher concentrations of THC (the main psychoactive cannabinoid found in cannabis), may lead to premature development or exacerbation of schizophrenic symptoms and co-occurring poor management, and therefore should not be used by individuals with a personal or family history of psychotic disorders or conditions that may predispose to psychosis. At this point in time, whole-plant cannabis (regardless of cannabinoid ratio/concentration) is NOT recommended for the treatment of schizophrenia.