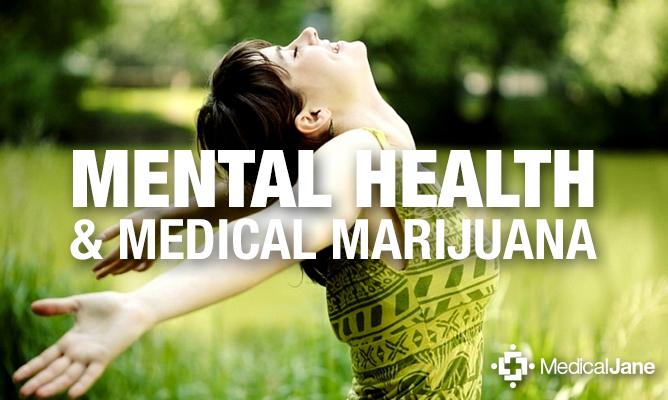 A Look Into Mental Health and Medical Marijuana

One of the common questions relevant to the debate on medical marijuana use and legalization is, “How does cannabis affect mental illness?” To understand this question fully, it is necessary to understand some basics about the field of research, to assess the available evidence surrounding this question, and to consider the possible application of marijuana in treating symptoms of mental health conditions.

Many studies have found that people who consume cannabis tend to be more likely to have various types of mental health issues, such as depression, anxiety, and psychotic disorders. As a result of these studies, people have incorrectly inferred that marijuana use causes mental illness.

However, this assumption stems from a basic misunderstanding of research results; namely, the fact that correlation does not imply causation. You may have heard this before. So what does it mean, and why does it matter?

You can also have a positive correlation between variables, meaning that when one variable increases in magnitude/frequency, the other does so as well. For example, the more often you eat high-salt foods, the more likely you are to develop certain health problems such as high blood pressure.

However, a correlational relationship is not equivalent to a cause-effect relationship. That is to say, just because there is a correlation between two variables, it does not mean that one caused the other. For instance, one of the most frequently cited examples of when correlation does not imply causation goes as follows: In the summertime, ice cream sales increase, and murders also increase. So that means that when people buy more ice cream, this causes people to have an increased desire to go out and kill people, right? Wrong!

There could be a third, unseen factor causing both an increase in ice cream sales and murders— heat! As the heat rises, people like to eat cold foods/desserts (e.g. ice cream). Heat may also cause people to become more agitated, angry, and frustrated, and they are more frequently outdoors in close proximity with other individuals. All of this together can unfortunately result in an increased murder rate.

“This misunderstanding of correlational relationships is also partially responsible for the widely-held belief in the ‘gateway theory.'”

Correlational relationships can be helpful in assessing, understanding data, and can help develop research that will assess the possibility of a cause-effect relationship between variables. But a causative link between two variables cannot be drawn from the mere existence of a correlation between them.

This misunderstanding of correlational relationships is also partially responsible for the widely-held belief in the “gateway theory”, which incorrectly asserts that cannabis use leads to a desire for more dangerous drugs, such as heroin or cocaine.

The Importance Of Understanding Selection Bias

The frequent conclusion that cannabis causes mental disorders, drawn from studies showing a link between marijuana use and mental illness, may be a directional misinterpretation. That is, it is very possible that users are more likely to utilize medical marijuana because they have a mental health disorder, and not that it actually leads to the development of mental health disorders. This can lead to a “selection bias” in studies.

According to one source, selection bias is defined by “systematic differences between comparison groups in prognosis or responsiveness to treatment”. Most studies conducted evaluating the impact of marijuana on mental illness have used recreational consumers as participants, and therefore begin the study with inherent selection bias.

Some people with mental disorders such as depression, anxiety, or psychotic mental disorders may choose to self-medicate with marijuana, individuals with schizophrenia may be more likely to use marijuana possibly due to their genetic makeup, and certain psychotic illnesses which already exist may be exacerbated by marijuana use. Therefore, the results of many studies which find links between marijuana use and mental health disorders do not provide sufficient evidence that marijuana causes mental illness; the group that consumes cannabis is likely inherently different than their counterparts from the outset of the study.

If there are differences between the two groups before the study has even begun, it is impossible to assess whether differing results for the two groups (i.e. mental illness or no mental illness) is due to cannabis use or due to some other factor that made the two groups different in the first place. Therefore, these studies using self-selected recreational consumers as participants do not provide valid evidence that cannabis causes mental illness.

Additionally, a recent retrospective study conducted at Harvard shows that marijuana use does not cause schizophrenia specifically.

How To Measure The Connection Between Cannabis, Mental Illness

So how can we definitively answer the question of whether or not marijuana causes mental illness? One of the highest quality study designs available to assess this question would employ a longitudinal design (i.e. the participants’ progress would be assessed over time, preferably for several years).

The researchers would randomly select individuals from a certain pool, thereby creating a group that is representative of the entire population. The representative sample would then be randomly divided into a “consumption” group or a control group that does not consume cannabis.

The consumption group would be assigned to use a certain amount of cannabis over time, whereas the control group would use none. After several years, the researchers would assess whether or not mental health issue incidence was different between the two groups.

There are few issues with conducting this type of study. For instance, these studies are of long duration, and therefore participant dropout rates may be high. Also, the legal status of marijuana as a Schedule I controlled substance and ethical considerations may limit the ability for researchers to undertake such a study.

Cannabis with an approximated THC content of at least 2% often produces psychoactive effects when inhaled or ingested. Examples of these potential effects include euphoria, paranoia, anxiety, depression, a distorted sense of time, magical thinking.

While there is a low risk of dependence with marijuana use, tolerance and withdrawal symptoms do exist. Their effects are generally mild, but this suggests that there is potential for both a psychological and physiological dependence in some users. When necessary to decrease dosage and frequency of medical marijuana, tapering is suggested and may minimize the experience of withdrawal. Symptoms of cannabis withdrawal include irritability, anxiety, and sleep disturbance.

“Ideally, medical marijuana should be used under the supervision of a medical professional so that any progress and potentially harmful side effects can be continually monitored and addressed.”

The experiences of an altered mental state, potentially caused by intoxication and withdrawal, are short in duration and there is no evidence to suggest that they are the result of an underlying mental illness caused by cannabis consumption.

However, there is some evidence to suggest that cannabis use may exacerbate certain underlying mental health conditions in both adults and adolescents. In the review “Medical Marijuana: Clearing Away the Smoke”, Grant et al. state the following: “Although unlikely to be a factor in the application of cannabinoids for pain, there is concern that early adolescent use of cannabis may heighten later risk of psychosis, and evidence that genetic variation (single nucleotide polymorphisms) heightens vulnerability.”

Additionally, it has been suggested, though not proven, that cannabis may interrupt proper brain development if use begins early in life. For this reason, medical marijuana should primarily be used by adolescent patients only when their condition is severely debilitating and other treatments are ineffective, or have a highly unfavorable side-effect profile. Ideally, medical marijuana should be used under the supervision of a medical professional so that progress and potentially harmful side effects can be continually monitored and addressed.

Cannabis As A Potential Treatment For Certain Mental Illnesses

Not only is there a lack of valid and reliable evidence in support of the statement that marijuana causes mental illness, but cannabinoids and whole-plant marijuana actually may be useful as a treatment option for certain mental health issues. These include anxiety, general psychosis, schizophrenia (1, 2), depression, social anxiety disorder (SAD), obsessive compulsive disorder (OCD), post-traumatic stress disorder (PTSD), and alcoholism and addiction.

“There is ample existing scientific and anecdotal evidence suggesting that marijuana can help reduce PTSD symptoms. However, the clinical research hasn’t been allowed to happen yet.” – Rick Doblin

According to MAPS founder and executive director Rick Doblin, PhD, “There is ample existing scientific and anecdotal evidence suggesting that marijuana can help reduce PTSD symptoms. However, the clinical research hasn’t been allowed to happen yet. For example, pure THC has been shown to reduce PTSD-like behavior in animals, and survey research clearly shows that thousands of people with PTSD use marijuana to cope with PTSD symptoms. In order to discover the real safety and therapeutic effectiveness of marijuana in humans with PTSD, we need clinical trials comparing subjects using marijuana to those using no marijuana, and to those using different strains with various combinations of THC and CBD, which has anti-anxiety properties.”

While relatively rare, some individuals who develop a problematic dependence on marijuana may need counseling in order to help them find alternative coping methods. However, due to the debilitation associated with these disorders, difficulties in treatment, and the safety profile of cannabis use, investigation into its relevance as a potential treatment option for mental health issues is needed.

Much more research needs to be conducted in this area before it can be stated that medical marijuana is a useful treatment for mental health conditions or their symptoms. However, the preliminary data does provide additional evidence to justify a strong challenging of the blanket statement that “marijuana causes mental illness”.

Despite the need for more research, the data gathered thus far does not provide sufficient evidence to suggest that cannabis causes mental illness. In fact, it may even be useful as an adjunct therapy for the treatment of certain mental health disorders or their symptoms.

However, due to the possible exacerbation of psychotic mental illness that medical marijuana has the potential to cause, it should be used under the supervision of a physician who is aware of the patient’s current physical status and full medical (including mental health, family, and social) history.

If medical marijuana patients begin to notice any unusual changes in mood, behavior, thinking, speech, memory, or any other unusual symptoms, they are encouraged to speak with their healthcare provider immediately.