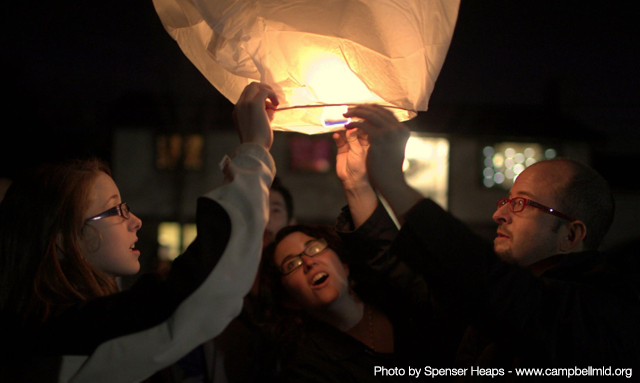 There is bad luck, and then there is the plight of Aaron and Emily Campbell of Orem, Utah, who have already watched their eldest daughter die from a rare neurodegenerative disease and can expect two more of their kids to suffer the same fate. The daughter they lost experienced a slow, painful death. As another daughter has begun to show signs of the disease, the Campbell family has turned to cannabis oil, which is illegal in their state, to ease her suffering.

A Tough Road For The Campbell Family

The Campbell children are afflicted with Metachromatic Leukodystrophy (MLD), an inherited disorder that affects an estimated 1 in 40,000 to 1 in 160,000 people around the world. The disease causes breakdown of the myelin coating that insulates neurons and allows for normal neurologic function in the central and peripheral nervous systems. MLD patients experience a slow deterioration of mental and motor function. There is no known cure for the disease, and patients suffer severe pain as their health declines.

Neither Aaron nor Emily Campbell suffers from MLD, but it turns out both carry the gene that causes the disease. Statistically, each time they had a child, there was a 1 in 4 chance the child would receive a copy of the defective gene from each parent and would be afflicted with MLD as a result. To have three of their five children end up with the disease was bad luck indeed.

When their eldest child, Tori, began to suffer symptoms of MLD at age 13, Aaron and Emily at first thought the changes they were witnessing in her behavior were related to her entering adolescence. Soon Tori’s mood swings and depression caused them to seek the advice of a medical specialist, who diagnosed the disease. The Campbell’s four other children were tested and two were found to be positive for MLD.

“I am breaking the law to save my child from having an immense amount of pain and suffering for the next few years.” – Aaron Campbell

Aaron and Emily did what they could for Tori in the two years that elapsed between her diagnosis and her death, trying to palliate her pain and slow the progression of the disease with a bone marrow transplant that ultimately failed to help her. “She was in so much pain, she was miserable and desperately hurting,” Emily says. “She was on fentanyl, morphine and so many other painkillers. I felt like she couldn’t really be there in the end because she was so drugged up on these pharmaceuticals. We resolved we would never let that happen again.”

When Tori’s younger sister Maddie began to show signs of the disease, once again they tried a bone marrow transplant, and once again the procedure had little effect. Aaron and Emily could only watch as Maddie endured depression, memory loss, pain, seizures and motor impairment just as her sister had.

Emily Campbell first learned of the potential of cannabis to help her daughter from the CNN documentary Weed. She and Aaron were reluctant to turn to cannabis, but they had run out of other options. She and Aaron finally decided to put Maddie on a temporary regimen of cannabis oil. The effects surprised them. “I was shocked that it worked so easily and it was so simple. When we gave her the cannabis oil the seizures stopped right away,” Aaron says.

Family Testifies For Passage of S.B. 259

Emily Campbell admits she had a negative view of cannabis before discovering it could help daughter. Soon after seeing the improvement in Maddie, however, she and her husband were publicly calling for cannabis law reform, even testifying before a Utah Senate committee hearing to push for passage of S.B. 259, legislation that would have made cannabis medicine legally available to their daughter.

The Senate committee denied S.B. 259 in a 14-15 vote, and an effort to introduce similar legislation for the 2016 session is already underway. In the meantime, as part of their advocacy for cannabis reform, the Campbell family has been very vocal about their intention to continue to obtain cannabis oil for Maddie. In the meantime, they are praying the authorities will leave them alone while they help heal their daughter. For Aaron, the risk is worth it. “I am breaking the law to save my child from having an immense amount of pain and suffering for the next few years,” he says. “We have really very little to lose.”