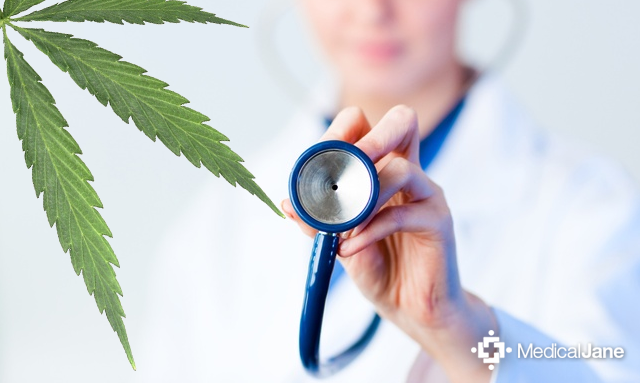 We’re all familiar with the “stoner” stereotype. Those who smoke marijuana are often portrayed by the media as “lazy” individuals who are prone to get the “munchies” — both of which are leading causes of metabolic syndrome. As such, one may assume that marijuana users would be at greater risk of metabolic syndrome than those who don’t smoke. However, a new study shows that’s just not the case.

Cannabis Use Associated with Lower Rates of Metabolic Syndrome

According to research published in The American Journal of Medicine, people who currently smoke marijuana are about 50 percent less likely to have metabolic syndrome compared to those who have never smoked marijuana. Metabolic syndrome is a group of risk factors like high blood pressure, high blood sugar, unhealthy cholesterol levels, and abdominal fat, which are linked to increased risk of heart disease and/or type 2 diabetes, as well as other health problems.

“These findings have important implications for the nation as marijuana use becomes more accepted and we simultaneously face multiple epidemics of obesity, cardiovascular disease, and diabetes.”

Researchers from the University of Miami Leonard M. Miller School of Medicine looked for the association between marijuana use and metabolic syndrome using data from a 2005 to 2010 study by National Health and Nutrition Examination Surveys. The study, in which nearly 8,500 20- to 59-year-olds participated, classified people as having metabolic syndrome if they had more than three of these symptoms: elevated fasting glucose levels, high triglycerides, low HDL cholesterol, elevated systolic or diastolic blood pressure, and increased waist circumference.

The study was created by separating the participants into three categories: those who never smoked weed, those who currently smoked weed, and those who used to smoke weed but don’t anymore.

“Waist circumference was significantly lower among men who currently smoke when compared to those that never did.”

Cannabis consumers also showed significantly lower levels of sugar in the blood compared to people who never smoked the plant. Additionally, the study found that waist circumference was significantly lower among men who currently smoke when compared to those that never did, signaling that cannabis consumers may have a higher rate of metabolism or other weight blocking function.

“Among emerging adults, current marijuana users were 54 percent less likely than never users to present with metabolic syndrome,” said the researchers of the study. “These findings have important implications for the nation as marijuana use becomes more accepted and we simultaneously face multiple epidemics of obesity, cardiovascular disease, and diabetes.”