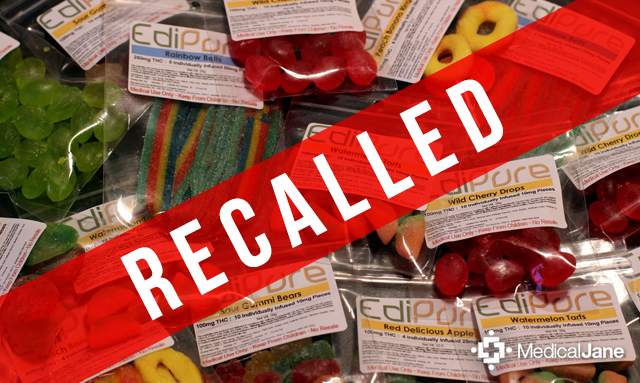 Edipure, a marijuana infused products provider (MIP) based in Colorado, has issued a recall of 7,770 packages of marijuana infused edibles this week. According to the Denver Department of Environmental Health the edibles being recalled “tested positive for one or more of the following pesticides that the Colorado Department of Agriculture has determined cannot be used legally on marijuana in Colorado: Myclobutanil, Avermectin, and Imidacloprid.”

These pesticides, known more commonly by brand names such as Eagle 20 and AVID, are banned for use on inhaled substances due partially to the toxic chemicals released from them when they are heated past their combustion point. Because these chemicals are banned for use in the cultivation of tobacco and marijuana products in most countries, there is little research on how these pesticides and and fungicides affect the human body when inhaled.

“We’re frustrated right along with the public, and I’m confident that with what we’ve been able to put into place now with our equipment, our testing and everything else, this isn’t going to be an issue again.” – EdiPure spokesperson, Kyle Forti.

This is the second recall in five weeks issued by EdiPure for pesticide contamination concerns. On October 30th, the company recalled an excess of 20,000 edibles that were made with material that tested positive for Myclobutanil, Imidacloprid, and Spiromesifen. As of three weeks into the first recall, less than five percent of the tainted product was returned, and all of that by retail locations, not consumers. Mark Smith, CEO of Edipure does not seem hopeful that they will receive much of the recalled product back. Most of the batches in question have been on the shelves since July, and if they were purchased have most likely been consumed.

EdiPure claims that the growers responsible for selling them the material weren’t being upfront with them about the pesticide products used during cultivation. “You have no idea when you’re buying and bringing product into your facility,” said Smith.

Since the first recall was issued in October, EdiPure has purchased a bevy of testing equipment, including their own mass spectrometer and are planning on doing tests for potentially harmful compounds in-house. “We’re frustrated right along with the public, and I’m confident that with what we’ve been able to put into place now with our equipment, our testing and everything else, this isn’t going to be an issue again.” says EPMM Spokesperson Kyle Forti.

The latest recall, which can be found on the Department of Environmental Health’s website,affects twelve EdiPure brand products including five more products from their Organix line, which claims to be organic, vegan, and non-GMO.

The DEH encourages anyone who wants more information about the recall to call EdiPure at 720-639-7220. 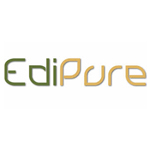 EdiPure currently has locations in Colorado and Washington state. They are also working on sourcing their edibles to California patients, although they just had to do a large recall in Colorado for using pesticides in …