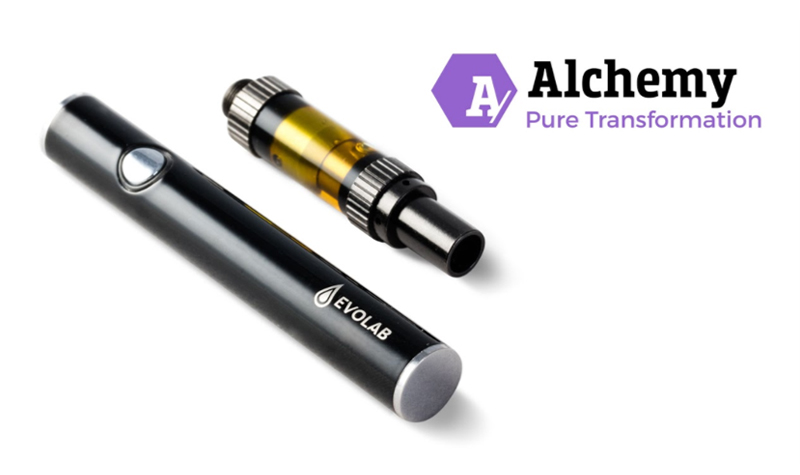 What To Look For When Buying Cannabis Oil Vape Pen Cartridges

Vaporization is gaining popularity in the medical cannabis community, and for good reason. Not only does vaporizing provide you with a means of safely ingesting the active cannabinoids, terpenoids, and flavonoids found in your favorite strains, but it also removes the risk of inhaling potentially carcinogenic fumes from plant material that is lit on fire. Because of this, many manufacturers have developed cannabis oil products that are designed to be vaporized including portable pen vaporizers with interchangeable oil cartridges.

“Unfortunately, most of the early comers to the vape oil market used controversial cutting agents and didn’t employ methods with a focus on terpene preservation or patient safety.”

But have you become increasingly frustrated or unhappy with your attempt to vaporize cannabis oil? Has your opinion of vaping oil been swayed by misinformation or have you developed your beliefs about vaping by painstaking trial and error? We hear all too often – “all oil-based vape pens are alike; the vape tastes weird or bad, and doesn’t taste anything like my favorite strain; vaping carries a less potent experience versus smoking flower or using concentrates; it just doesn’t hit me the same as smoking does; and/or it seems to be missing some of the other effects I get from medicating with dried herbs…”

Some of the blame for this dislike of vaping oil is justified and attributable to early-market vape pens that have since been improved by either the original companies or by one of their competitors. Unfortunately, most of the early comers to the vape oil market used controversial cutting agents and didn’t employ methods with a focus on terpene preservation or patient safety. They also made no efforts to purify the individual compounds; instead vape pens were made with a “raw” extraction that still consisted of impurities like plant wax.

Fortunately, vaporization has come a long way, and with a little education and experimentation, oil vaping can be a very effective and preferred method of medicating. By focusing on the specific materials you will be consuming you can have a better, more consistent strain specific vape experience. We’ve put together some tips to help you identify what is in various vape oils so that you can make a more informed decision.

Most vape oils are comprised largely with ingredients other than the beneficial cannabis compounds, and are usually diluted with one or a mixture of cutting agents, the most common being:

Glycerin, a chemical used to make theatrical smoke in fog machines, is also a commonly used additive in many vape oils. These cutting agents are “generally” accepted as safe in products that are ingested or used topically, but the community is still learning how many of these substances react with heat and inhalation.

Polyethylene glycol is one of the earliest cutting agents used for making vape oils. PEG is known for its ability for making mixing easier. It also vaporizes well and produces a mellow, pleasant vapor cloud. Use of PEG as a cutting agent has decreased, but is still very much present in the vaporization marketplace today.

Propylene glycol is generally thinner than PEG, and doesn’t emulsify with oils quite as effectively as PEG, but is still the most popular cutting agent. PG won’t create huge vape clouds, but has a reputation for creating clean, smooth draws.

Propylene glycol is also very to similar to ethelyne glycol (the main ingredient found in antifreeze). It is still used in many food and hygiene products. Any flavor not found in nature was probably made possible by PG. This additive helps maintain consistency and taste in everything from paint to plastic to your favorite snack. The FDA acknowledges that propylene glycol can cause kidney damage when consumed in large doses and skin irritation when it comes in direct contact with flesh, but has deemed PG “generally recognized as safe” when consumed orally [eg. in edible format]. The most common side effects of inhalation of a PG-containing product are dry mouth, sore throat, and increased thirst.

However, it is important to note that there are currently no documented scientific studies on the safety of inhaling propylene glycol that has been heated or burned. Despite this alarming fact, many pen vaporizer manufacturers have rushed to use PG as an additive as the cannabis oil vape market continues to explode.

Vegetable glycerin is another very popular cutting agent in oil cartridges, especially in retail e-liquids containing nicotine. VG does not mix particularly well with other oil-based materials. For this reason, you will often see VG combined with one or more other cutting agents or additives. Vape oils laced with VG tend to create large, thick “smoke” cloud.

Although vegetable glycerin works well for delivery in vapes, there are health concerns about its safety when vaporized. VG is commonly derived from vegetable oil, so the risk exists that the VG is not pure. Improperly processed VG subjects anyone inhaling it to a higher risk for several pulmonary complications.

Even though these oils work well at mixing materials together for products like tinctures, they are less than ideal for a cutting agent, especially for use in vape pens that deal with heat. These oils tend to have a hard time getting wicked up into the atomizer, often resulting in a vape pen that is prone to running dry. Additionally, many users also report an unpleasant aftertaste in their mouths after using a product that has been cut with coconut oil or MCT oil.

Why do oil manufacturers use cutting agents?

Using cutting agents is attractive to many cannabis oil manufacturers because it allows them to:

Making a “pure” product is a challenge that many are not willing to take on. In addition to the obvious loss of profits, it requires better, high-quality equipment and complex extraction methodology. Tackling consistency from batch to batch without the assistance of cutting agents acting as equalizers is no easy task either. Without the use of cutting agents to homogenize the consistency of the oil, landing on vaporization hardware such as cartridges and refill syringes becomes much more challenging as the variance in viscosity from one extraction to the next can create issues like leaking; or even result in the pen not working at all. Simply stated, making a pure product is much harder and much more expensive compared to the alternative.

In addition to natural and artificial flavorings, terpenes can be added for flavor and effect. The quality and source of the terpenes used in the vape oil goes a long way in determining if these compounds are beneficial, or harmful. Understanding the different types of terpenes is an important step to identifying the highest quality vape oils in the market. Some companies that employ terpene infusion use synthetic or plant-derived terpenes that serve strictly as flavoring agents.

Others, like Denver CO based extraction company Evolab, are capturing all the flavor and effects of your favorite strain by using pharmaceutical-grade extraction technology to produce full-spectrum, strain-specific cannabis derived terpenes for their newest line of cannabis extracts. These valuable terpene profiles considerably enhance the quality of the vape oil, so much so that very few companies have been able to successfully replicate these methods. We explored this concept in greater detail last month when we looked at what defines your favorite strain’s personality.

In today’s market, it is hard to feel confident that you have made the right choice in a vape oil. The problem is there are so many different ways to get to the end result in manufacturing (and marketing) them. The solution for manufacturers is to throw out the old and reinvent the processing technology. The old way uses toxic chemicals and additives not because they have to, but simply because it is cheaper and easier. The science of cannabis is quickly evolving; there are so many more compounds in cannabis than THC and CBD – literally hundreds of unique compounds, and older / cheaper methods of extraction simply don’t capture everything.

Evolab is one of the few companies that has taken on this challenge. The company is doing extensive research around the entourage effect, which is a commonly accepted principle in the medical science community that individual cannabinoids are less therapeutic at the receptor than the concert of cannabinoids and terpenes together. Further, Evolab has worked to develop what they call the first purified oil that encompasses the full terpene profile + the purified cannabinoid profile into a vape pen, known as Alchemy.

Most oil and concentrates are made with solvents — usually hydrocarbons like butane — and the presence of solvents in the final product is measured in parts per million (ppm). Many legalized markets have established a mandatory minimum ppm level, and any reputable canna-business should be testing its inventory and sharing that data with patients. That being said, there is still no real agreement on what constitutes a safe level of residual solvent. In black-market states, this is a complete gamble since there’s no reliable way to know if the product is safe to consume. In legal-market states, it’s completely fair and recommended to ask your budtender for lab-testing information about the products.

In states like California, regulation is currently very loose. Therefore, if you are consuming a product that has not been lab tested, there is a very good chance it contains unacceptable levels of at least one of these solvents, and quite possibly a lot more! States like Colorado require testing of concentrates. Sticking to concentrates made with clean CO2 is your best option.

A distilled oil is referred to as a distillate. In the distillation process, the plant material containing the valuable cannabinoids and flavonoids is first extracted using traditional means like CO2. Then, companies like Evolab utilize fractional distillation, allowing them to “boil off” the pure cannabinoid fraction from raw CO2 oil, thereby producing a clear, potent product that typically ranges between 85-95% total cannabinoids.

These products are all devoid of unwanted plant fiber, wax, and color, but more importantly they comprise consistent medicine. When invariant material is reduced to the cannabinoids and terpenes, the result is standardization. By deconstructing the cannabis plant with distillation and chromatography, scientists are quickly mastering the art of reproducibly reconstructing it in virtually any way they choose. 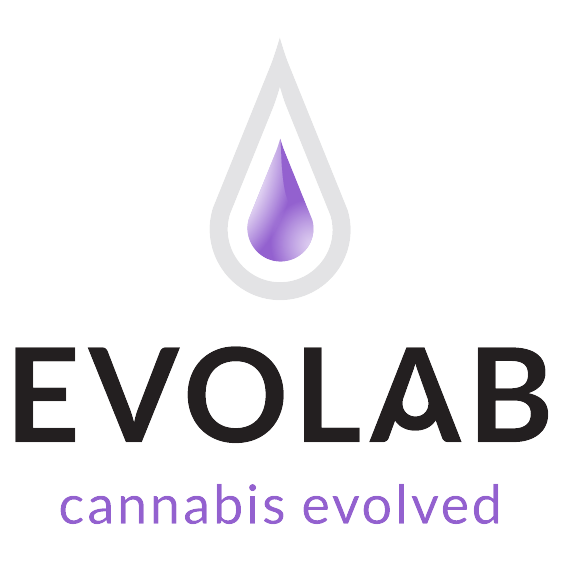 Evolab created the world’s first suite of cannabis specific pharmaceutical-grade extraction technologies. We produce exceptionally pure oils, without the use of any cutting agents. Our proprietary technology is designed to preserve the compounds of the …