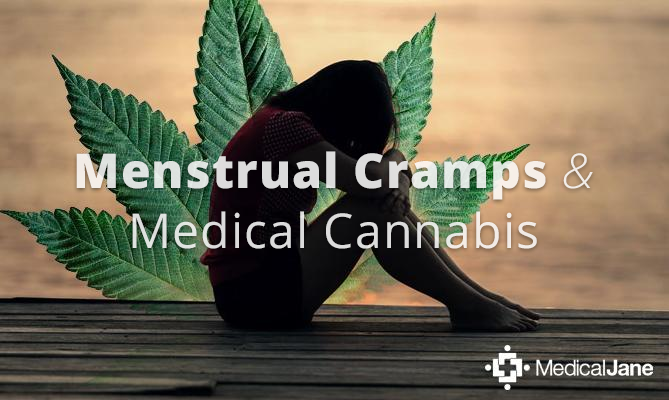 A modern-day woman will experience an average of 450 menstrual cycles or “periods” in her lifetime. For women suffering from dysmenorrhea or “menstrual cramps,” this number can seem more like thousands.

During this time, some women experience pains that originate in the lower abdomen/pelvic area that can be both physically and emotionally draining to cope with.

Do all women experience menstrual cramps?

Menstrual cycles are unique to the individual. Some women experience no harsh symptoms, while others can experience a combination of painful symptoms included nausea, loose stools/diarrhea, headache, dizziness, and cramps.

A survey by the Association of Reproductive Health Professionals (ARHP), conducted by Greenberg Quinlan Rosner, found that a large percentage of women experience the same symptoms. These symptoms included bloating, moodiness, fatigue, and cramps. Astonishingly, over 63% of women studied reported their symptoms as being “severe.”

Many women experience menstrual cramps just before and during the menstrual cycle. Cramps vary in intensity from slightly annoying to debilitating. Women suffering from a more severe and disabling extension of PMS may have pre-menstrual dysphoric disorder or “PMDD.” In addition to the throbbing pain in the abdomen, pain can radiate to the lower back and thighs, interfering with school, work, and social activities.

Changes in lifestyle and diet can help. Regular exercise, cutting back on your caffeine intake, and avoiding alcohol and tobacco are often recommended courses of action by doctors to help reduce symptoms. Additionally, employing relaxation activities like meditation and mindfulness, and trying to avoid stressful or emotional triggers are highly suggested.

An over-the-counter medication like Midol, or an NSAID like ibuprofen, are conventional treatments that are commonly used to treat mild symptoms of menstrual cramps. However, doctors and even the U.S. Food and Drug Administration, are now warning people that the risks of taking non-steroidal anti-inflammatory drugs (NSAIDs) might outweigh the benefits.

More severe cases of menstrual cramps are traditionally treated with anti-depressants like Prozac and Zoloft, and/or a mix of contraceptives, all of which have a long list of dangerous side-effects associated with their use. So where are women to turn for natural, alternative forms of treatment that may provide relief?

Using cannabis as a medicine is not a new practice, and recent research shows that cannabis extracts may represent an efficacious and safe alternative for treatment of a wide range of conditions in women including dysmenorrhea, dysuria, hyperemesis gravidarum, and menopausal symptoms.

Dr. Ethan Russo published an online review of cannabis treatments for women in 2008. In this widely-cited compilation, Cannabis Treatments in Obstetrics and Gynecology: A Historical Review, it becomes very clear that cannabis has had a long ancient tradition of being used as a medicine, especially in obstetrics and gynecology.

According to Dr. Russo’s published review, patent medicines containing cannabis were very common in the latter 1800s through the turn of the 19th century. In fact, over 350 such options existed in the United States for treating all sorts of maladies from as early as 1850 until the prohibition of cannabis in the 1940s.

“Cannabis extracts may represent an efficacious and safe alternative for treatment of a wide range of conditions in women including dysmenorrhea.” – Dr. Russo

One such medicine Dysmenine from Keysall Chemical contained cannabis with a variety of other herbal tinctures and was used to treat dysmenorrhea, menstrual colic, and cramps. Another component of Dysmenine was an extract of capsicum (commonly known as peppers).

The genus Capsicum consists of many species and varieties of peppers and the majority contain capsaicin, the lipophilic chemical that produces a burning sensation in the mouth. Studies suggest that capsaicin stimulates the body’s natural production of anandamide, an endogenous analogue of tetrahydrocannabinol (THC) that possesses incredible healing powers.

Plenty of women report that using cannabis in some form helps them relieve the aggravating symptoms associated with menstruation. There are even suppositories, medicated bath soaks, body balms, and various other products infused with cannabinoids sourced from the cannabis plant that reportedly help to relieve period pain and improve overall mood during this daunting time. However, the studies to support the vast anecdotal evidence is still waiting to be uncovered until more research can be done by government and educational institutions.

Unfortunately, there is a lack of significant studies focused primarily on the effects of cannabinoids on menstrual pain. The United States government has made it very difficult (some argue it is nearly impossible) to conduct medical research on cannabis under its current classification of a schedule 1 narcotic.

The approval process for doing any kind of research on marijuana is lengthy and difficult, with the FDA, DEA and NIDA all playing a role in allowing an approved researcher access to federal funding and federally-provided marijuana.

Having said that, numerous independent studies have been conducted that have published promising results for the treatment of menstrual cramps with medical cannabis.

One study conducted by Ester Pagano, et. al, measured endocannabinoid (anandamide and 2-arachidonoylglycerol) levels in mouse uterus at oestrus and dioestrus phases. Anandamide affects the CB1 receptor and is similar to tetrahydrocannabinol (THC).

The Pagano study demonstrated that the endocannabinoid system undergoes to adaptive changes between the oestrus and dioestrus phases, and that uteri obtained in the dioestrus, but not oestrus, phase showed spontaneous phasic prostaglandin-mediated contractions that were reduced by ACEA (CB1 receptor agonist) and to a lower extent by JWH133 (CB2 receptor agonist). These inhibitory effects were counteracted by the corresponding selective antagonists. Both ACEA and JWH133 did not affect the contractions induced by exogenous PGE2 in the uterus from the oestrus phase. The FAAH inhibitor JNJ1661010 and, to a lower extent, the MAGL inhibitor JZL184 also reduced spontaneous contractions.

Ovulation occurs during the oestrus phase and is used to determine cycle length. At this time, the cervix is relaxed and uterine, cervical, and vaginal glands secrete increased amounts of mucus. The female mouse seeks out the male and will accept him for copulation.

The dioestrus phase is the longest phase of the oestrous cycle, and usually lasts 10-14 days in ovulating woman. A temporary endocrine structure known as the corpus luteum is present on the ovary and secretes large amounts of progesterone. The duration of this phase is directly related to the time that the corpus luteum remains functional. At this time, the cervix becomes constricted, secretions are minimal and sticky, and vaginal mucosa becomes pale.

The study concluded that CB1 and, to a lower extent, CB2 receptor activation results in selective inhibition of myometrial contractility, without unspecific relaxing effects on the smooth muscle. These results are promising evidence that cannabis-based products may be helpful as tocolytic agents, namely, drugs that reduce or stop uterine cramping.

The information contained herein is in no way a substitute for consultation with a healthcare professional. It is important to remember that menstrual cramps may be caused by other identifiable problems, such as endometriosis, pelvic inflammatory disease (PID), cervical stenosis or uterine fibroids. If menstrual cramps are disruptive to your lifestyle, if symptoms progressively worsen, or if you’re older than 25 and just started having severe menstrual cramps, you should consult with your doctor immediately.