Amber Alchemy Full Spectrum Cannabis Oil is a fully tested clean and potent medical product. With various ratios of CBD:THC, Amber Alchemy is located in Northern California. This potent concentrate may be administered orally, used in cooking, applied topically, or used as a suppository. 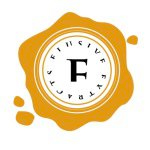 Elusive Extracts
Elephant Extracts is an extraction company that serves patients in Northern California. They specialize in butane extraction, and entered the 2014 NorCal Secret Cup.
Green Masons
Green Masons is a collective of hash makers bashed in the State in Washington. Like many other companies rising to solventless fame in 2013, the were greatly influenced by the work of Nikka T. He served as a mentor of sorts, teaching them the tools of the trade.
Panacea
Panacea is a cannabis concentrate company that is best known for their impressive showing at the 2014 SoCal Secret Cup. They took home the Connoisseur’s Choice for their OG Shatter.