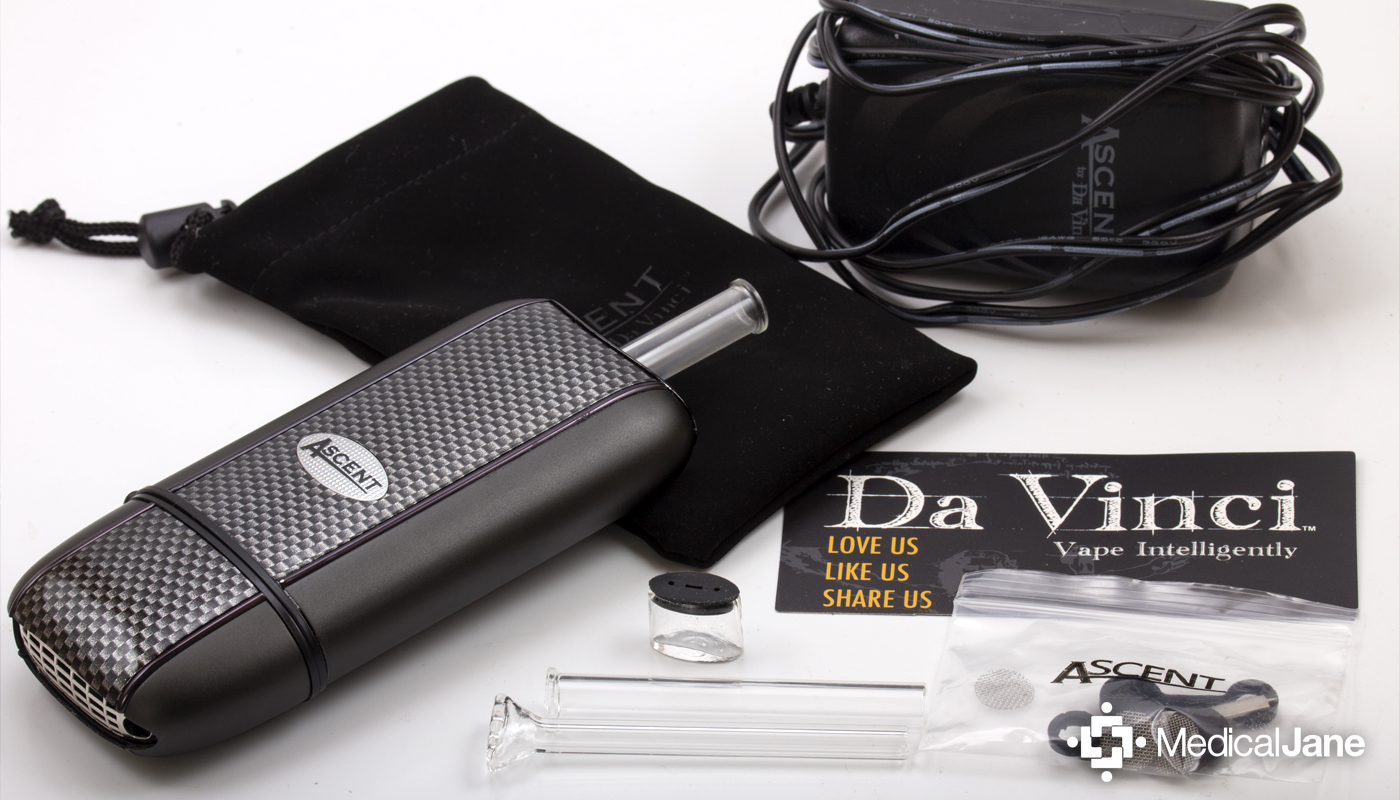 The DaVinci Ascent is a second generation portable vaporizer brought to you by Organicix, LLC. While staying true to the “rugged portability” offered by the original DaVinci vaporizer, the new model incorporates a glass-covered ceramic bowl and glass mouthpiece for an all-glass air pathway. That being said, the DaVinci Ascent is most often applauded for its ability to vaporize both dry herb and essential oils.

Based in Las Vegas, Organicix has made a name for itself in the world of portable vaporizers. Their sales are made largely through relationships with more mainstream vaporizer retailers like Vapor Nation, though their presence is consistently felt at trade shows.

Organicix, LLC was founded in 2011 by Cortney Smith in an effort to bring consumers a health conscious vaporization option. The company has two distinct brands, each focused on a slightly different aspects of the same end goal. Essential Earth Blends (EEB) makes a number of herbal blends tailored to have various effects on the end consumer, whereas DaVinci Vaporizer’s focus is on developing high-quality vaporizers for patients and recreational consumers alike.

The standard model comes in 4 different finishes (stealth, burl wood, carbon fiber, and skulls), and the company offers the ability to customize your unit for an extra $50. I decided to go with the carbon fiber model.

Upon arrival, I quickly took notice to the well-branded packaging – the cardboard bow wrapped around the box is a nice touch with Leonardo Da Vinci’s classic vitruvian man pictured on the red seal. Inside the box, you can expect to find the following:

How Is The DaVinci Ascent Different Than The Original?

Of course, the first question that most people will ask about the DaVinci Ascent is, “How is it better than the original DaVinci vaporizer model?” With this thought in mind, I have taken the liberty of listing a few new features below.

The DaVinci team has uploaded a number of informational videos about the Ascent to their YouTube page, and I’ve taken the liberty of posting one of the most helpful videos below.

How To Use The DaVinci Ascent Portable Vaporizer

Next, press the power button found beside the glass mouthpiece. At this point, the LED light screen will light up with a welcome message that says DaVinci. Once the unit is turned on, the glass-lined ceramic bowl will begin to heat up.

Because of this, it’s recommended that you turn off the heater before loading your herb/concentrate jar. You can do this by pressing the settings button followed by the (-) button – an icon of a bowl with no vapor raising from it will appear on the LED screen to let you know the heater is turned off.

“Once the bowl is loaded, turn the heater back on by pressing the settings button followed by the (+) button.”

Now you can load the your dry herb into the glass-lined ceramic bowl (it’s recommended that you fill it no more than half way so as to avoid too much conduction).

In order to use the Ascent with concentrates, simply drop your desired concentrate into the oil jar and place that into the bowl.

Once the bowl is loaded, turn the heater back on by pressing the settings button followed by the (+) button. You will see a thermometer appear on the LED screen to let you know that the unit is heating up to the desired temperature. In order to adjust the temperature, simply press the (+) or (-) button – the LED screen will tell you what the temperature is set for.

Cleaning the DaVinci Ascent is a relatively simple process: Simply remove the retractable mouthpiece from the top of the unit and the internal glass straw (can be found when the hinge is open), then soak them in every glass collector’s best friend – isopropyl alcohol. The same can be done in order to clean the oil jars.

What I Liked About The Ascent Vaporizer By DaVinci

How Could The DaVinci Ascent Be Improved?

Ascent By DaVinci: A Portable Vaporizer For The Masses

Overall, I have to say that I was happy with my DaVinci Ascent experience. It’s clear that the company put a great deal of work into their second generation unit, though there are still improvements to be made moving forward. The DaVinci Ascent is most likely to draw comparisons to the Arizer Solo, yet despite the slightly higher asking price, I would personally choose the Ascent over the Solo.

Each unit has its own strong points and drawbacks, but the Ascent’s ability to offer precise temperature control down to 1° intervals makes it superior in my mind. Further, it is able to vaporize concentrates, whereas the the Solo specializes in dry herb vaporization only.

My belief is that the Ascent is a better unit for dry herb than it is for concentrates, so you will want to consider your intended use before purchasing.

Best Deal From Around The Web
starting at [[bestOffer().price | currency]] + Free Shipping
starting at $189.00
The above pricing is based on US residents with no tax obligation. Please wait while we detect your location and show more accurate pricing.
We were unable to load pricing based on your location, the above price is assuming US shipping with no taxes.
Available from 26 sellers
Buy this product
From the MJ Directory Visit the directory

Organicix, LLC, doing business as DaVinci, is dedicated to making discreet and battery operated herbal vaporizers. They are the manufacturers of the DaVinci vaporizer, which is a portable vaporizer they originally released in 2011 and …