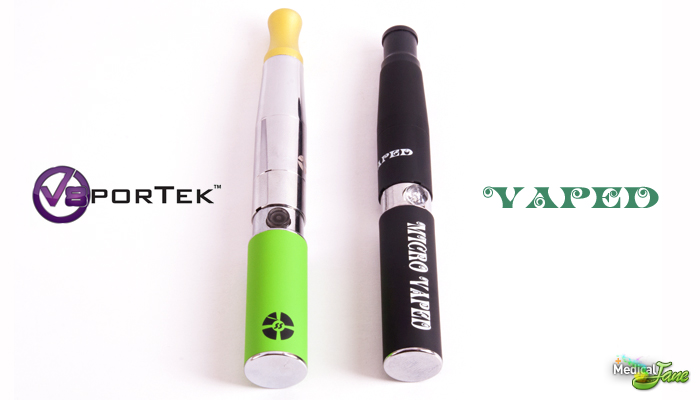 The Perfect Pen Vaporizer: Does It Exist?

If you have been following Medical Jane for some time, you’ve probably heard us say time and time again that we are not the biggest cheerleaders of the “vaporizer pen craze.”

Nonetheless, every time I leave my house I pat down my pockets: Phone? Check. Wallet? Check. Vape pen? Check. I have no doubt that in the near future, this will be a normal regimen of all stoners and patients alike (and I’m sure many of you reading can already relate).

Now if this were a free country, I’d be walking around with a pack of joints in my pocket and a pendant dab rig strung from my neck at all times. But it’s not, so for now I’ll have to be happy with a few stealthy pen vaporizers in my pocket.

“I have come to accept the fact that there is no such thing as the best pen vaporizer. I have learned that different pens perform better with certain types of concentrates.”

While I agree they don’t always provide the best vapor quality, it’s always nice to have a little something when you’re out and about; vaporizing in bars is always a hit, no pun intended. Most of the time you can catch me with a fresh cartridge of OG Kush on my O.Pen vape portable vaporizer. However, I’ve been frustrated recently with my other pen vaporizers, or lack there of, that I enjoy filling with my own concentrates.

I have come to accept the fact that there is no such thing as the best pen vaporizer. I have learned that different pens perform better with certain types of concentrates. For example, I use the Cloud Pen by Cloud Vapeswhenever I want to pack up a little bit of my top shelf wax or ‘budder’ for the road, and I like to use the Micro Vaped Portable Vaporizer Pen by RUVaped to smoke my bubble hash.

Since I enjoy having options, I have been known to throw two or three pens in my backpack for trips to the beach and such; you never know when a battery is going to die! Its never bad to have a couple different flavors on hand either. My arsenal typically consists of my O.Pen vape with a fresh cartridge of OG, a Cloud Pen packed with some top shelf wax, and a Micro Vaped stuffed to the brim with hash.

What Pen Vaporizer Should I Buy?

While the Cloud pen and the Micro Vaped are both great products, as well as two of our top rated vaporizer pens, they each have their shortfalls. However, like everything else in the world, there isno such thing as a perfect pen vaporizer! The best vaporizer always varies depending on personal preference; I think this is something every vapor enthusiast would agree with.

“I prefer the V8portek atomizers because you can soak them in alcohol and they clean up perfectly, coil and all! This is great because I no longer have to constantly pay for replacement atomizers like with some of my other pen vaporizers.”

I use my Cloud Pen vaporizer whenever I’m on-the-go and I may need to be discreet about vaporizing. Since I’m comfortable loading the Cloud pen with my top-shelf waxes, one full pack of the Cloud vape will last me a day away from home. However, I like a fresh cartridge every time I use the Cloud Pen Vaporizer (I don’t like to mix my flavors).

Since paying $11.99 for a new cartridge is not only inconvenient, but expensive, I tend to save my cartridges for desperate times. That being said, it’s easy to understand why I only use the Cloud pen once in a while.

As for the Micro Vaped pen vaporizer, I don’t like putting the same grade concentrates in them because the heating element is raised too high off the bottom of the heating core (see pic below: V8portek is on the left). This causes any oil that wasn’t initially in contact with the coil to melt down and pool at the bottom of the core, irretrievable for the most part. You can try to swab it out with an alcohol soaked Q-tip, but it just doesn’t get the job done like an isopropyl alcohol bath would.

I prefer the V8portek atomizers because you can soak them in alcohol and they clean up perfectly, coil and all! This is great because I no longer have to constantly pay for replacement atomizers like with some of my other pen vaporizers.

Now lets not jump to conclusions, I’m not saying the V8porTek Split Shot vape is a perfect product; it too has its faults. However, recently I have found myself stuffing my V8portek Split Shot Pen Vaporizer with wax or hash as I bolt out the door more often than the Cloud Vapes Cloud Penor Micro Vaped Vaporizer by Vaped.

SIDE NOTE: In Vaped’s defense, they have upgraded their model to include a titanium coil since we reviewed their pen, which I would love to try out. Additionally, the globe and metal mouthpiece from the Micro Vaped pen come back to save the day in the end of this story…stay with me (dab break).

How to Build The “Best” Pen Vaporizer

As we received more and more vaporizer pens to review, we began to see a trend. We realized the majority of these vape pens on the market are simply rebranded versions of existing e-cig technology — which are often times not intended for use with the consistency of concentrates we are putting in them and expecting to vaporize perfectly.

Since each new pen we received always had a few tweaks from the last, the trick to building my ideal pen was finding the best components from each pen and piecing them together. With all of the options available to vapor enthusiasts today, it is important to be an informed consumer so that you can be economical with your hard earned money.

“[Y]ou don’t necessarily have to buy any of the expensive vaporizer kits or packages that come with branded necklaces and another worthless dab tool you’re never going to use because you have five others.”

After searching through a few websites you will soon realize that you don’t necessarily have to buy any of the expensive vaporizer kits or packages that come with branded necklaces and another worthless dab tool you’re never going to use because you have five others. Instead, you can save yourself tons of money by just purchasing the essential parts.

For example: if you bought the Split Shot vaporizer Battery for $20, the globe atomizer kit with three cleanable atomizers from V8portek for $20, a glass globe from RUVaped for $20, and the new titanium skillet attachment kit from RUVaped for $30 (which comes with the metal mouthpiece we need), you would have all of the essential parts for what I would consider my favorite vaporizer pen (utilizing existing products).

Not to mention, since the Split Shot battery uses the same standard eGo style battery threading as the Micro Vaped, you could use the extra skillets from the RUVaped titanium skillet kit with no problem. Like I said, I like them for hash since they’re nice and big, but my runnier concentrates work better with the Split Shot’s atomizer.

If you purchased all of these parts separately, you would essentially have purchased the new and improved titanium Micro Vaped vaporizer ($99.99) AND the Split Shot vaporizer ($39.95) for a total cost of just $90!

For me, the most important quality in any vaporizer is high quality materials and manufacturing. When I piece together a metal mouthpiece, a glass globe, and a clean titanium atomizer, I end up with a vapor path that is free of cheap plastics and old reclaimed oil (see pic below). This is as close to perfect as I can get for now!

If the Cera by Thermovape didn’t look like a huge sex toy and cost over $300 (+$500 for Titanium model), that would be the best portable vaporizer for concentrates on the market (it’s great with all types of concentrates). But again, there’s no such thing as a perfect vaporizer.

What’s Next For The Vaporizer Pen?

All that’s left to do now is combine all of the qualities I listed above into one pen vaporizer; a few companies don’t have much work to do! If V8portek were to add a metal mouthpiece, glass globe & titanium coil like Vaped, they would have a near perfect product; especially at their low price point.

By the same token, if Vaped were to adopt the design of the Split Shot globe kit atomizer or lower their existing heating element so that it sits on the bottom of the ceramic bowl, they would also have a near perfect pen (as perfect as it gets with pen vaporizers anyway).

I have faith that someone will make the perfect vaporizer pen someday soon. With such a large number of companies putting out first generation products in the past year, it’s only a matter of time before companies begin to innovate and improve upon their current technology. Until that happens, you can catch me using my ‘Voltron Pen,’ as I call it (pictured above).