SPRINGFIELD, IL — After passing a measure in 2013 to legalize medical cannabis in Illinois, the state’s law officially took effect Wednesday morning. Prospective patients will likely be granted safe access to medical marijuana facilities towards the tail-end of 2014.

The regulatory agencies tasked with overseeing the Illinois medical cannabis program – the Department of Public Health, Department of Agriculture, and Department of Financial and Professional Responsibilities – are expected to hold an assortment of public hearings over the next four months. They will be establishing the rules and forms that will govern the program for years to come.

“No patient protections will be put in place until the state launches its official patient registry.”

No official timeline has been released by the state. However, Chris Lindsey, Legislative Analyst for the Marijuana Policy Project (MPP), points out that at least one agency has indicated that licensing for cultivation facilities could begin in the Fall.

It is important to note that no patient protections will be put in place until the state launches its official patient registry. Requiring a great deal of red tape, this is expected to occur in Spring at the earliest.

For those interested in more information, the Marijuana Policy Project (MPP) has released an overview of the Illinois medical marijuana law. As it explains, the state’s “pilot program” will serve as a four-year test-run. The program will cease to exist if it is not renewed or a new law created.

The organization has also prepared a guide for patients and doctors. It contains answers to frequently asked questions and a complete list of qualifying conditions.

As it stands, the Illinois program does not consider PTSD or debilitating pain to be a qualifying condition. However, MPP plans to lobby the state in order to add them to the list. The organization invites any individuals that are suffering from either condition and would like to help to contact them via email with your ZIP Code included. 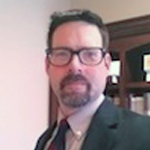