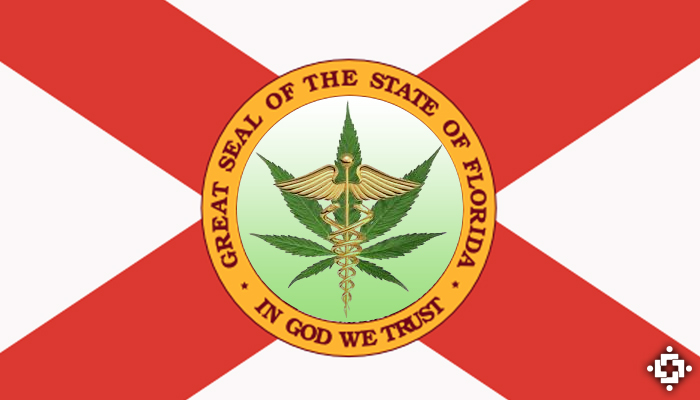 TAMPA, FL — Despite opposition from State officials and a pending Supreme Court decision, the push for medical marijuana in Florida has garnered enough support to force a vote in November, according to reports. “We have collected close to 900,000 signatures and by Monday or Tuesday of next week, we should be close to 1 million,” said Ben Pollara, campaign director for People United for Medical Marijuana said last week. “We are going to make it.”

“We are going to make it.” – Ben Pollara

It should be noted that the campaign needs just 683,149 verified signatures before February 1 for the initiative to be placed on the November 2014 ballot. However, Pollara explains that the organization hopes to collect a minimum of 1,050,000 signatures. This is because the current rejection rate is 28-29 percent, according to Stephen Holmgren of the Tampa Bay Times. “Many signers turn out not to be registered voters. Some sign more than one petition. Some signatures don’t match ones on voting rolls. Sometimes, elections workers cannot decipher the name or address,” Mr. Holmgren reported.

It has been reported previously that John Morgan, an Orlando attorney, has bankrolled most of the campaign, offering to pay $1 per signature gathered. However, a mid-December report showed that People United for Medical Marijuana were well-short of the required number of signatures. In turn, the attorney increased the wage by 400% for the final month of signature gathering. People from throughout the country were compensated $4 for each signature collected outside of courthouses, restaurants, stores, post offices, and more.

In addition to the extra motivation for signature-gatherers, People United for Medical Marijuana reduced the amount of time it takes to verify a signature once secured. The organization had previously relied on the post office or courier delivery services, but decided to rent vans and deliver petitions directly to county elections offices. All things considered, the campaign has likely spent between $2.5 and $3 million thus far, according to Mr. Pollara.

People United for Medical Marijuana’s campaign got under way in August and received notable support in short order. With that said, the movement has gained significant momentum as of late. In fact, the amount of petitions received by some offices since Christmas has already surpassed the total from the past four months combined.

“It is our legislative responsibility to take care of these.” – Craig Latimer

Hillsborough County, for instance, had received about 30,000 petitions through Dec. 22. In the time since, 40,000 petitions have reached their respective desks. Similarly, the number of petitions received by Pinellas County increased by 38,864 last week alone.

In Pasco County, elections officials report having processed as many as 12,000 signatures prior to last Monday, when People United for Medical Marijuana delivered 8,537 new petitions. According Tami Bentley, senior deputy for voter services, 7,420 more petitions would be dropped off just three days later, sparking the office to bring on temporary help. With the increased submission rate, elections offices are scurrying to count as many petitions as possible over the next few weeks. As explained by Craig Latimer, Hillsborough supervisor of elections, “it is our legislative responsibility to take care of these.” He goes on to say that any petitions submitted in “the next two weeks ought to get counted.”

Accordingly, Mr. Pollara says that the People United for Medical Marijuana plans to continue gathering signatures for another week. They will then evaluate if more work will be needed. In the meantime, he explains that elections officials “have been really great about this.” “Most are saying that anything we get in by the second week in January will be counted. And even after that, they are saying they will give it their best shot if need be,” Mr. Pollara reports.

If approved by voters, the People United for Medical Marijuana ballot measure will allow access to medical marijuana through state-regulated dispensaries. However, Florida Attorney General Pam Bondi has argued that the ballot language is confusing and would make it too easy to obtain a doctor’s recommendation. Accordingly, a pending decision from the State Supreme Court could cause the measure to be thrown out altogether.