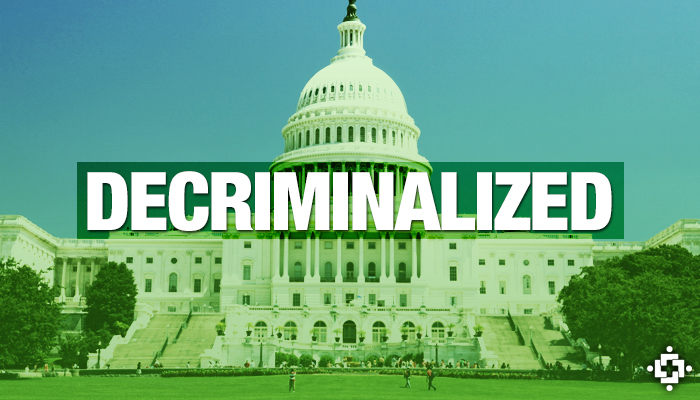 WASHINGTON, DC — As previously reported, a measure to decriminalize cannabis has been making significant progress in the nation’s capitol. In a 10-1 vote Tuesday, the Washington, D.C. City Council passed an initiative to remove criminal penalties for simple possession of cannabis.

Proposed in 2013 by Tommy Wells (D-Ward 6), the initiative calls for fines in the case of simple cannabis possession. This is compared to the District’s current policy, under which possession of any amount of marijuana is a criminal offense punishable by up to six months in jail and a fine of up to $1,000.

“This is a big step forward for our nation’s capital, as well as our nation as a whole,” said Dan Riffle, director of federal policies for the Marijuana Policy Project. “Clearly, marijuana prohibition’s days are numbered in the United States.”

Under the newly-passed initiative, Washington DC will have some of the lowest penalties for cannabis in the nation.

Those 18 and over will be subject to a $25 fine if found in possession of less than one ounce. Also addressed in the measure are penalties for paraphernalia in conjunction with simple possession. In fact, it eliminates such penalties entirely.

“The District is moving in the right direction, but a more comprehensive solution to marijuana prohibition is still needed.” – Dan Riffle

That being said, consuming cannabis in public will still be considered a criminal offense under Mr. Wells’ initiative. It is punishable by up to 60 days in jail and a fine of up to $500.

However, individuals cannot be searched or detained based solely on an officer’s suspicion of marijuana possession.

The City Council’s decision seems to be another domino in the recent surge in favor of cannabis policy reform. According to Public Policy Poll commissioned by the Marijuana Policy Project (MPP), 75% Washington, D.C. voters are in favor of a move to decriminalize cannabis

In a statement released Tuesday, Mr. Riffle explained his belief that “the District is moving in the right direction, but a more comprehensive solution to marijuana prohibition is still needed.”

“We must address how and where consumers obtain marijuana,” he continues. “Rather than leaving marijuana sales in the hands of drug dealers and cartels, the District should tax and regulate marijuana much like we do alcohol.”