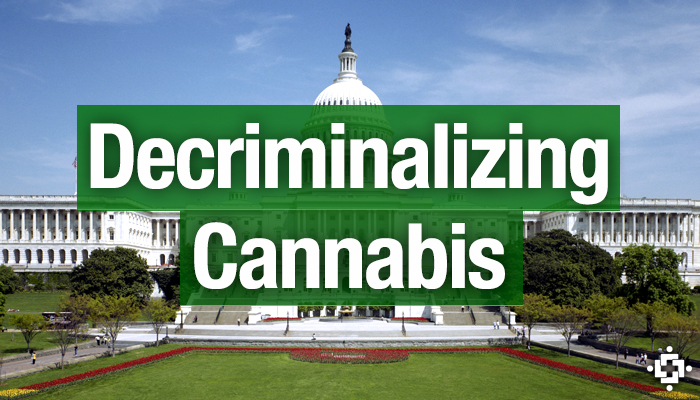 WASHINGTON, DC — As previously reported, there was a movement to decriminalize cannabis for personal consumption in the District of Columbia. The proposal was passed Tuesday by the City Council.

Proposed by Tommy Wells (D-Ward 6) in 2013, The Simple Possession of Small Quantities of Marijuana Decriminalization Amendment Act of 2013, calls for fines in the case of simple cannabis possession (less than one ounce). Those 18 and over would be subject to a $25 fine for possession – not much different than a parking ticket. Those caught smoking in public would be subject to a fine of $100.

“Police officers would no longer be able to search your property as a result of the smell or sight of cannabis.”

Further, police officers would no longer be able to search your property as a result of the smell or sight of cannabis. The bill also eliminates penalties for paraphernalia in conjunction with cannabis in small amounts.

Mr. Wells is not alone in his support of the proposal and it is expected to receive final approval next month. Eight of the council’s 13 members have signed on in support of the measure. Reuters reports that Mayor Vincent Gray (D) has said he is in favor of it as well.

As it stands, possession of cannabis in Washington, D.C. is a misdemeanor offense punishable with a six-month prison sentence and a fine of up to $1,000. Dan Riffle, the Marijuana Policy Project‘s Director of Federal Policies, argues that it is time to move on from such policies.

“Obviously, we think marijuana should be taxed and regulated…For now, though, this is a good first step.” – Dan Riffle

“As a former prosecuting attorney, I call this a step forward for the cause of promoting public safety,” Mr. Riffle explains. “Arresting and prosecuting adults for possessing a less harmful substance than alcohol is a waste of law enforcement and court resources.”

A report released in June by the American Civil Liberties Union reveals that the District made 846 cannabis arrests per 100,000 people in 2010. Not only is this the nation’s highest rate, but black people were found to be eight times more likely to be arrested for cannabis possession than caucasians.

“Obviously, we think marijuana should be taxed and regulated,” Mr. Riffle continues. “For now, though, this is a good first step.”

On that note, Mr. Wells proposal is not the only movement underway in favor of cannabis policy reform in Washington, DC. DCMJ, a local advocacy coalition, is working to pass the Legalization of Home Cultivation and Possession of Minimal Amounts of Marijuana for Personal Use Act of 2014.