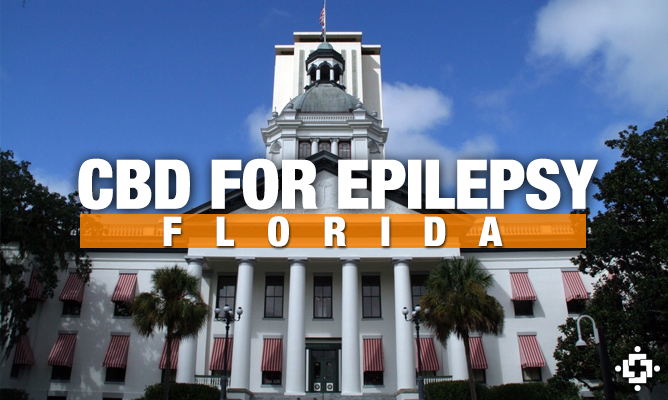 SB 1030, sponsored by Senators Rob Bradley (R), Aaron Bean (R), and Jeff Brandes (R), would allow cannabis with low levels of tetrahydrocannabinol (THC) (no more than 0.8 percent) and high levels of cannabidiol (CBD) to be obtained by epileptic patients in need with the authorization of specified physicians.

With approval, SB 1030 would encourage state universities with medical and agricultural programs to participate in Food and Drug Administration-approved research toward refractory or intractable epilepsy, and to conduct research on cannabis with low levels of THC.

“We’re just trying to bring hope to these families,” stated Sen. Bean. He was once an opponent of this type of measure, but changed his mind when he put himself into the shoes of parents of children whose only hope could rely on this bill.

“If it were your kid, what would you do? You’d go to the end of the world…to make sure your kid gets a chance to have a day without a seizure.” – Sen. Aaron Bean

According to the Miami Herald, more than 125,000 people suffer from severe epilepsy in Florida. High-CBD strains of cannabis have shown to be an effective treatment for several forms of epilepsy, but it is not full-proof.

In fact, recent developments from Australia suggest that other cannabinoids, such as tetrahydrocannabinolic acid (THCA), could be even more effective. However, strains with high levels of THCA will not likely be permitted in Florida under SB 1030.

“If it were your kid, what would you do?”, Bean probed. “You’d go to the end of the world…to make sure your kid gets a chance to have a day without a seizure.”

After the Senate’s approval of SB 1030 on Monday, a compromise bill was debated by the Florida House on Thursday on whether or not to allow low-THC and high-CBD strains to treat severe epileptic patients.

The bill was passed overwhelmingly with a 111-7 outcome after 45 minutes of emotional debate from legislatiors. Rep. Ray Pilon (R), a co-sponsor of the measure and retired police officer, urged legislators to act on the bill for the sake of families and their children.

“If we do not act today with the safety net and the provisions in this bill, those children will die,” said Pilon. “I plead with you. Reach down into your hearts. Are we really doing harm to these children? I don’t think so. Do we have a great possibility of saving their lives? Absolutely.”

After the approval, the compromise bill was sent to be approved by the Senate on Friday.

Late Thursday, it came to much surprise to supporters that Florida Governor Rick Scott said he would sign the measure if the Senate made the final approval after the House made and approved changes with the compromise bill. “I’m a parent and a grandparent. I want to make sure my children, my grandchildren, have the access to the health care they want,” Gov. Scott explained.

As expected, the Florida Senate on Friday made the final approval to the CBD-only medical marijuana bill, which will be able to be obtained by both epileptic and cancer patients after the addition of cancer was made by the House.

“It’s a great thing… It gives us huge momentum going into November to have the voters of Florida say ‘yes’ on Amendment 2.” – Ben Pollara

Supporters of full-fledged medical marijuana laws were disappointed to learn of the state’s decision to outlaw THC, but Ben Pollara, Director of United for Care, explains that the bill is a positive step for Florida.

“It’s a great thing. It’s a message from Tallahassee that marijuana is medicine. It gives us huge momentum going into November to have the voters of Florida say ‘yes’ on Amendment 2.”

However, the state may be a long way from outright legalizing medical marijuana. In November, Amendment 2 will be voted on by Florida residents to approve the legalization of medical marijuana to treat medical conditions from the recommendation by a licensed physician. Gov. Scott has already stated his position in voting against the amendment.