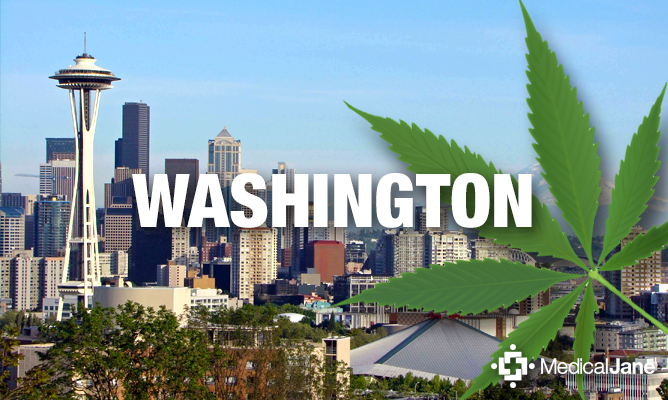 SEATTLE, WA — Washington made history on July 8th, 2014 as it became the second state to uphold a retail cannabis industry for adult-use.

Washington voters passed Initiative 502 back in 2012, which allowed them to sell, regulate, and tax cannabis for adults 21 and over. About 7,000 applications came in to the Washington Liquor Control Board, the state appointed entity to regulate the new initiative.

“There has still been no license issued to a marijuana processor (hash makers, edibles manufacturers, etc.).”

In the time since, less than 100 individuals have been approved to grow, leaving even fewer ready with product on opening day. 334 retail licenses were approved, and only around 25 of them were issued one day before the first day of legal recreational sales. There has still been no license issued to a marijuana processor (hash makers, edibles manufacturers, etc.).

Being on such a short notice, only five retail stores throughout the state of Washington opened their doors on July 8. The first retail shop to open in Seattle, Cannabis City, waited until 12 noon to open their doors. As the week progresses, more stores such as New Vansterdam and Main Street Marijuana are expected to open as well.

A Moment In History: “Something To Tell My Grandkids”

Cannabis consumers came from all walks of life, seeking to make history, not necessarily to get high. “Something to tell my grandkids,” says a Seattle bartender.

Another consumer tells the Seattle Times that not only did he pay $200 to cut in front another customer in line, but out of the five 2-gram packages he purchased, he plans to smoke only one. Even though he waited three hours in a long line under the sun, he wanted to save most of his legal weed as a keepsake.

Cale Holdsworth, a Kansas native who happened to be in Washington to visit family, shared his excitement about being in the right place at the right time – he was the first person to purchase from Top Shelf Cannabis in Bellingham, Washington.

“Its just a happy coincidence,” said Holdsworth, “and an opportunity we’re not going to have for a long time. I’m really thrilled to be a part of something I never thought would happen.”

Consumers met long lines followed by high prices with grams being priced from $12 to as high as $25 dollars. Some shops had deals if you were lucky enough to be the first few customers in line, however, you could expect to spend a pretty penny when you got to the cash register.

It was also common to see purchases limited to a few grams in order to conserve supply. Spokane Green Leaf did so, limiting sales to 4 grams per person. Altitude did the same, but at a small one gram per person limit; they closed their doors early as well.

“30 days ago we had an empty warehouse, and now we have a fully licensed retail business that serviced record numbers today.” – John Evich

Although many stores predicted that their stash would run out early, Cannabis City owner James Lathrop said “we still have plenty for tomorrow and the next day.”

Top Shelf Cannabis owner, John Evich, shared that the staff sold more than 1,000 grams in only its first few hours of business. “30 days ago we had an empty warehouse,” Says Evich, “and now we have a fully licensed retail business that serviced record numbers today.”

On Colorado’s first day of legal sales several reports state the total generated was between $20,000 up to $1 million dollars, leaving that at around $23,000 per shop. With that in mind, Washington state has taken the cake, so to speak. Top Shelf Cannabis is reporting raking in an astonishing $30,000 after opening day.

Mason Tvert, Director of communications for the Marijuana Policy Project, wants to remind those of the growing pains expected from a newly emerging market. “It’s not going to be perfect,” Tvert says, “It will take some time to determine which regulations work and which do not.”

He does, however, believe in the power of cannabis, sharing that with Colorado and Washington leading the way in legalization. “It’s clear that regulating marijuana works,” Tvert explains.

“This is a tectonic shift in public policy. You have to honor it. This is real. This is legal.” – Pete Holmes

The Marijuana Policy Projects predicts “more than a dozen” states could adopt similar systems. For example, there is a petition in Nevada underway to introduce the regulation and taxation of marijuana like alcohol in 2016. There are also steps being taken in Alaska to put a similar initiative on their ballots later this year.