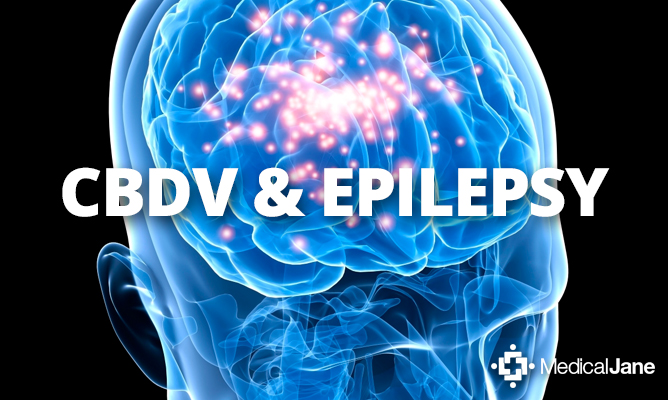 It’s no secret at this point that certain chemical compounds found in medical marijuana may aid in the treatment of epilepsy. GW Pharmaceuticals has already commenced clinical trials to test the effectiveness of their cannabis-based drug Epidiolex, which is comprised of mostly cannabidiol (CBD), and the Epilepsy Foundation of America has called for nationwide access to medical marijuana.

With that said, the Endocannabinoid Research Group in Italy published a study earlier this week in the journal ACS Chemical Neuroscience that takes a deeper look at the role non-psychotropic cannabinoids could play in treating epilepsy. Their results suggest that a little known cannabinoid called cannabidivarin (CBDV) could help modulate epileptiform activity in more ways than one.

The medical definition of seizure is a clinical expression of abnormal, excessive, synchronous discharge of neurons residing primarily in the brain’s cerebral cortex. Alternatively, the term epilepsy encompasses a broad range clinical syndromes characterized by repeated seizures over time unprovoked by an acute systemic or neurological insult.

Under normal physiological conditions, the brain works by sending electrical signals through the nerves, which coordinate all of the functions of the body. These nerve impulses are generated through a physiological process called an action potential.

To explain, there is an electrical difference between the inside and outside of a cell, created by the relative movement of the ions sodium (Na+) and potassium (K+). This difference is maintained by the cell membrane which surrounds each cell.

Neurons receive stimuli from other neurons in the area via neurotransmitters – chemicals that regulate brain function. This stimulation causes the polarity within each neuron to move towards a point which would cause the neuron to fire. Once a neuron has received so much stimulation that its polarity has reached the threshold point, an action potential is generated. This process is highly regulated under normal conditions.

The transient receptor potential cation channel subfamily V member 1 (TRPV1) is a receptor that provides sensation for scalding heat and pain in humans. Recent studies show that it may also contribute to the onset and progression of some forms of epilepsy, according to the Endocannabinoid Research Group.

In order to expand on this knowledge, the Italian research team investigated the effects of two non-psychotropic cannabinoinds, cannabidiol (CBD) and cannabidivarin (CBDV), on a cell culture model of epileptiform (seizure) activity. Each compound has shown promise in relieving seizure activity in humans, and the researchers set out to determine whether these benefits are mediated through activation and desensitization of the TRPV1 receptor.

First, the Italian researchers used a patch-clamp analysis, and determined that “CBD and CBDV dose-dependently activate and rapidly desensitize TRPV1, as well as TRP channels of subfamily V type 2 (TRPV2) and subfamily A type 1 (TRPA1)”

They then proceeded to use hippocampal brain slices taken from rats to simulate an epileptic seizure. Their results show that “CBDV reduced both epileptiform burst amplitude and duration.”

Comparing these results to those of capsaicin (the irritating compound found in hot chili peppers), which is used as a prototypical agonist of the TRPV1 receptor, the Endocannabinoid Research Group reported similar, though not identical effects.

Both compounds caused dephosphorylatation of TRPV1, which is consistent with desentization. However, the effects of capsaicin on burst amplitude were reversed by IRTX, a selective TRPV1 antagonist. The effects of CBDV, on the other hand, were not reversed. The researchers noted that this suggests that the antiepileptiform effects of CBDV are not uniquely mediated through TRPV1 activation. They proposed, in conclusion, that “CBDV effects on TRP channels should be studied further in different in vitro (cell culture) and in vivo (live) models of epilepsy.”