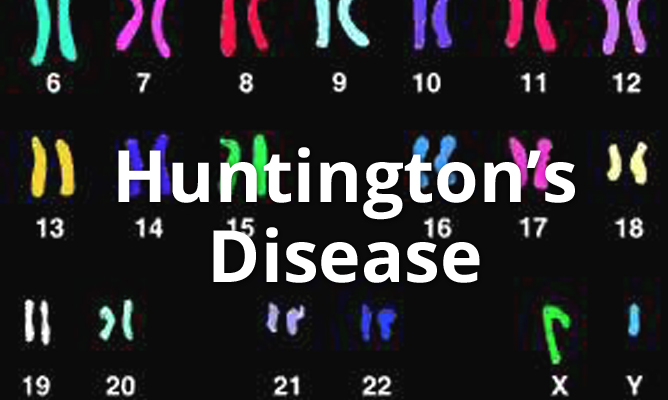 An Overview of Huntington’s Disease and Cannabis

An Introduction to Huntington’s Disease

Huntington’s Disease (HD) is a severely debilitating neurodegenerative disease caused by a genetic mutation which leads to creation of mutated “huntingtin” protein (normally, the huntingtin protein functions to preserve cells of the nervous system [neurons], especially in the brain). Although the exact mechanism is not fully known, the development of this mutated protein leads to destruction of neurons in the basal ganglia, a part of the brain involved in movement regulation, as well as other areas.

Patients with Huntington’s Disease tend to experience dysfunction in movement, cognition, and normal psychiatric functioning, and symptoms include severe, involuntary writhing movements known as “chorea”, dystonia (involuntary tightening of muscles which results in “repetitive or twisting movements”), progressing dementia characterized by deficits in maintaining cognitive flexibility, behavior awareness, and impulse control, mood swings, irritability, depression (many patients commit suicide as a result of this biologically- and psychologically-based symptom), and others. Symptoms ordinarily begin in the 30s-40s, and patients usually pass away within 10 to 20 years of symptom onset, often as a result of infection. There is no known cure for HD, although medications are available to manage symptoms.

There is a limited amount of information available on the potential for cannabinoid therapies as treatment for HD. However, a study using an animal model, published in Brain in 2011, found the following results:

These results show that the cannabinoid receptors may play a significant role in the pathogenesis of HD. Further study will provide additional, important information on whether or not cannabinoid therapy may prove helpful in treatment of the disease.

Additionally, there is mounting evidence that cannabinoids have the potential to work as neuroprotective agents (i.e. those that protect destruction of neurons) through processes such as improvement of function of mitochondria and the activation, reduction of inflammation, and cellular debris clearance, and may therefore prove to be useful for treatment of Huntington’s Disease via various mechanisms. Increased research will help us to explore and harness any potential neuroprotective effects of cannabinoids. Please click here for more information on the potential for cannabinoid medicine use in the treatment of neurodegenerative diseases.

While no evidence has been gathered evaluating the use of whole-plant cannabis as a treatment option for patients with HD, there is a significant amount of information on its effects on symptoms often experienced by patients with Huntington’s Disease, such as pain (1, 2) caused by dystonia and sleepdisturbance. Additionally, evidence for relief from symptoms experienced by patients with Huntington’s Disease, such as depression and anxiety, has been discovered with the use of cannabinoid therapy. Cannabis also may provide relief to patients experiencing potential side effects of certain standard HD medications, such as restlessness, hyperexcitability (i.e. neurons are stimulated too frequently), and fatigue (i.e. tiredness, often of a long-term nature), depending on the strain/ratio/concentration of cannabis/cannabinoids used. For more information on the characteristics of different cannabis strains, find previous coverage of this topic on Medical Jane here.

Shown below is a summary of information available on the endocannabinoid system in patients with Huntington’s Disease from the review “The influence of cannabinoids on generic traits of neurodegeneration”, Fagan & Campbell, 2014. Note: CB1 and CB2 receptors are those to which cannabinoids bind and thereby exert their effects, the “caudate nucleus, putamen, and globus pallidus” are parts of the basal ganglia, the “striatum” is comprised of the caudate nucleus and putamen, the “cortex” is the outermost layer of neuronal tissue of the brain, microglia are brain cells that clear away cellular debris, “AEA” is anandamide and “2AG” is 2-arachidonoylglycerol (both are endocannabinoids, which are cannabinoids found naturally in the body), “NAPE-PLD” is an enzyme that forms AEA from a phospholipid (fat) precursor called NAPE, “DGL” is diacylglycerol lipase (an enzyme involved in the formation of 2AG), “FAAH” is an enzyme that acts to increase levels of AEA,“MGL” is monoacylglycerol lipase, an enzyme that degrades triglycerides (fats)

Given the highly favorable safety profile of whole-plant cannabis, it may be a safe and useful additional therapy for patients with HD who are finding it difficult to manage certain symptoms treated or side effects caused by standard therapies. However, due to the current lack of research evaluating/anecdotal evidence corroborating the benefits of whole-plant cannabis on patients with Huntington’s Disease, and to the potential for psychoactive strains to exacerbate psychological discomfort/disorders and psychosis during intoxication (which are symptoms already experienced by patients with Huntington’s Disease at certain stages of progression), the use of whole-plant cannabis with higher levels of THC may not be an optimal treatment option for many patients. Contemplation of use should be carefully considered with the guidance of a healthcare professional, and if the decision in support of cannabis treatment is made, treatment should be started slowly, constantly and closely monitored by a healthcare professional, and discontinued at the first sign of patient discomfort.

Increased research on cannabinoid medicine and modulation of the endocannabinoid system in relation to Huntington’s Disease and other neurodegenerative diseases has the potential to not only lead to symptom management for patients, but also potentially to novel therapies which may help to prevent progression, and potentially initiation, of the disease.