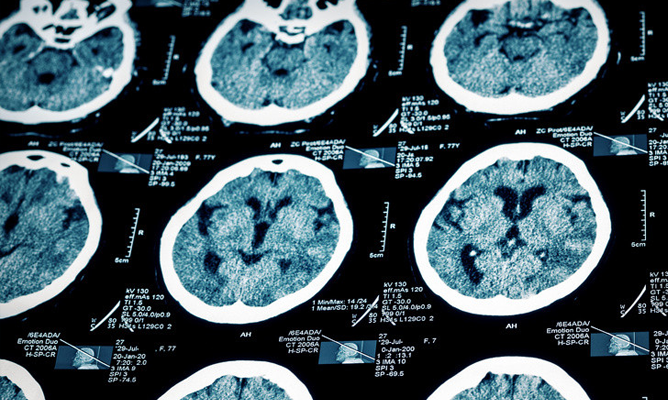 Did you know that your brain never really stops growing? Through a process called neurogenesis, new brain cells are constantly being created. Surprisingly, marijuana can assist in this process: a recent study from Italy has discovered that a lesser-known chemical in marijuana, called cannabichromene (CBC), can boost the growth of developing brain cells, thus promoting neurogenesis. According to the study, these developing brain cells are an “essential component of brain function and health.”

Another study published in The International Journal of Neuropharmacology also points to cannabidiol (CBD) as a key contributor of neurogenesis in the brain. Specifically, this birth of new neurons occurred in the Hippocampus, an area typically associated with conscious memory and navigation. By making these developing cells stronger, your chances for developing depression, Alzheimer’s, and other disorders are greatly reduced.

2. Marijuana May Protect The Brain From Chronic Stress

Everybody suffers from some sort of stress in their day-to-day lives. Stress can take its toll on your emotional state, but it can also change the way your brain works over time. Stress is also one of the most common causes of anxiety and depression, a growing problem we face as a nation moving into 2015. According to research out of Israel, marijuana may protect your brain from the effects of constant stress. Researchers found that “cannabinoid receptor activation could represent a novel approach to the treatment of cognitive deficits that accompany a variety of stress-related neuropsychiatric disorders”. What this means is that the cannabinoids found in marijuana protect against the disorders and deficits that come with the damage to the brain due to common stress.

“Daily doses of tetrahydrocannabinol (THC) seemed to improve short-term memory in the subjects, compared to those that were left untreated.”

Dr. Irit Akirav, the co-author of the study, observed similar results before in rats that were recovering from sudden stress. While her research has yet to identify exactly how marijuana is able to reverse stress-related impairments of learning and memory, she is one of many researchers looking to make the connection between the receptors and their ability to trigger different helpful brain functions.

Even more interesting, daily doses of tetrahydrocannabinol (THC) seemed to improve short-term memory in the subjects, compared to those that were left untreated. Additionally, the rats that were administered THC showed signs of greater learning ability. So, instead of picking up the aspirin the next time you have a stressful day, a hit of marijuana may be a much healthier option.

Brain cancer is one of the deadliest cancers around. However, many studies have proven that cannabinoids have anti-cancer properties. Most recently, Spanish researchers from Complutense University found that tetrahydrocannabinol (THC) was actually able to kill brain cancer cells. After administering THC to mice with human tumors, researchers found that THC actually caused the tumor to shrink. These anti-cancer properties are thanks to the cannabinoid receptors in each of us.

Dr. Peter McCormick from UEA’s School of Pharmacy– who co-lead the study with researchers from Complutense—stated: “We show that these effects are mediated via the joint reaction of CB2 and GPR55- two members of the cannabinoid receptor family. Our findings help explain one of the well-known but still poorly understood effects of THC at low and high doses on tumor growth.” Although it has been proven that cannabis oil can reduce the size of tumors, cancer patients should not self-medicate without the consultation of their doctor, warns Dr. McCormick.

Although marijuana smokers aren’t usually revered for their memory, marijuana may actually benefit your memory by stopping or even reversing brain aging. Interestingly enough, the studies suggest that marijuana has the ability to reverse the effects of Alzheimer’s disease and other detrimental brain diseases. Results recently published in Philosophical Transactions of the Royal Society B suggests that by awakening the brain’s cannabinoid receptor system, it may trigger an “anti- oxidant cleanse” of sorts.

Thus, by activating this part of your brain, damaged brain cells are removed and the efficacy of the mitochondria (the energy that powers cells) in your brain cells is vastly improved. Both of these effects lead to a higher-functioning brain, which in turn, reduces the chances for the inflammation in the brain that causes Alzheimer’s and other heart-breaking diseases.

Andras Bilkei-Gorzo of the Institute of Molecular Psychiatry at the University of Bonn in Germany and an author of the study, is encouraged by their findings, saying “Cannabinoid system activity could be a promising strategy for slowing down the progression of brain aging and for alleviating the symptoms of neurodegenerative disorders.”