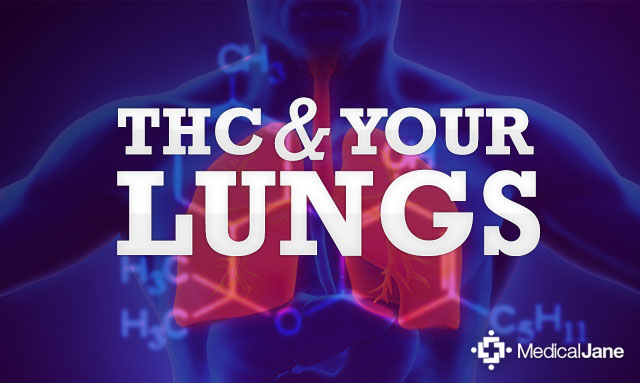 The unique nature of cannabis is demonstrated partly by the special characteristics of its smoke. Unlike virtually all other forms of smoke, which impair lung function, cannabis smoke may actually improve it.

That being said, vaporizing cannabis is clearly the superior alternative to smoking cannabis, as it provides the medicinal compounds of marijuana without the negative side effects of smoke (such as carcinogens and other cancer-causing chemicals).

Regardless, many studies have shown that cannabis use may benefit asthma patients and enhance general lung function by acting as a bronchodilator, rather than a bronchoconstrictor. In fact, a new study in the Journal of Pharmacology and Experimental Therapeutics provides yet further evidence of how cannabinoids could help protect the lungs.

How THC and THC-V Benefit the Lungs

Using guinea pigs, the study measured the ability of cannabinoids to inhibit bronchoconstriction induced by inflammatory proteins. The cannabinoids in the study included THC, CBD, CBG, CBC, CBD-A, and THC-V. Interestingly, THC and THC-V were the only phytocannabinoids shown to inhibit contractions, with THC being stronger. The other cannabinoids had no effect, and adding CBD to THC did not enhance the latter’s effects. In the conclusion, THC was stated to have anti-inflammatory and antitussive activity, at least partially through activation of presynaptic CB1 and CB2 receptors.

THC-V is closely related to THC in chemical structure, being distinguished by its 3-carbon propyl side chain. It has no psychoactive properties, and may help a wide spectrum of disorders including Parkinson’s Disease. Interestingly, while THC activates CB1 receptors, THC-V blocks them without causing the negative effects (like nausea) associated with other antagonist-like compounds.

Remembering the Importance of THC

This study is particularly important, as it comes during a time when CBD is getting significant attention as the miracle cannabinoid. It is critical to remember that THC is therapeutically essential, and sometimes has benefits lacking in CBD. While CBD may be more powerful than THC in many cases, both are needed in varying quantities for different diseases.

Although CBD was not found to be beneficial in this study, more research will almost certainly determine it contributes to lung health in several ways. Previous articles show CBD may fight lung cancer and treat a variety of inflammatory lung diseases.